With the big game approaching (v the Dark Elves this Saturday) I thought I would review my Skaven, Boomtown Rats. We are in pretty respectable shape although down one member for this game. At least this reduces my team value but I am reduced to the bear minimum in terms of player numbers and this may be a problem if I lose someone early.

Two of my gutter runners (Stikck & Treek) are on 3 SPP's. They only need to get to 6 for a skill upgrade so it will be important to give them a shot at achieving this outcome. Even Garab is on two SPP's so he also has a shot. My main man Plagric is on 9 and has acquired Block. I think that I will be using him in defence for man marking and the like. He was very effective in the second half of Game 2 in this role. However if given the chance to score and then achieve MVP he could be looking at his second upgrade.

Well the claw is the obvious starting point. My team leader good old Bubonost (I have decided Bob for short after Bob Geldof, seems appropriate) acquired this honour by rolling a double after the last game. He has 7 SPP's. If he survives the game and gets MVP this will grant 5 SPP's taking him to 12. So he is close to a second upgrade at 16. I intend to use him to gain casualties and these grant 2SPP's each. In attack, any armour roll of 8 or more will cause a casualty so his chances are better than most. 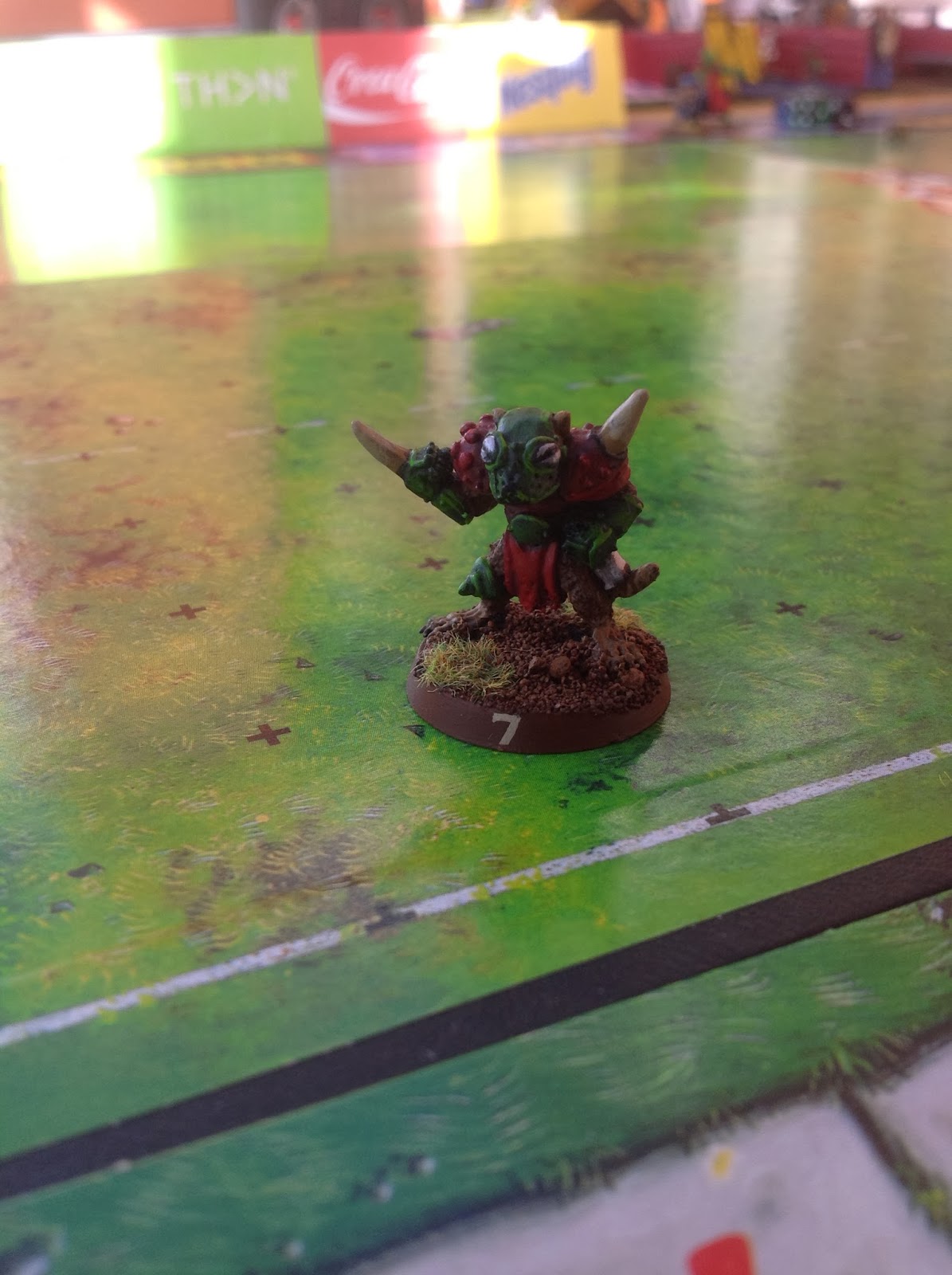 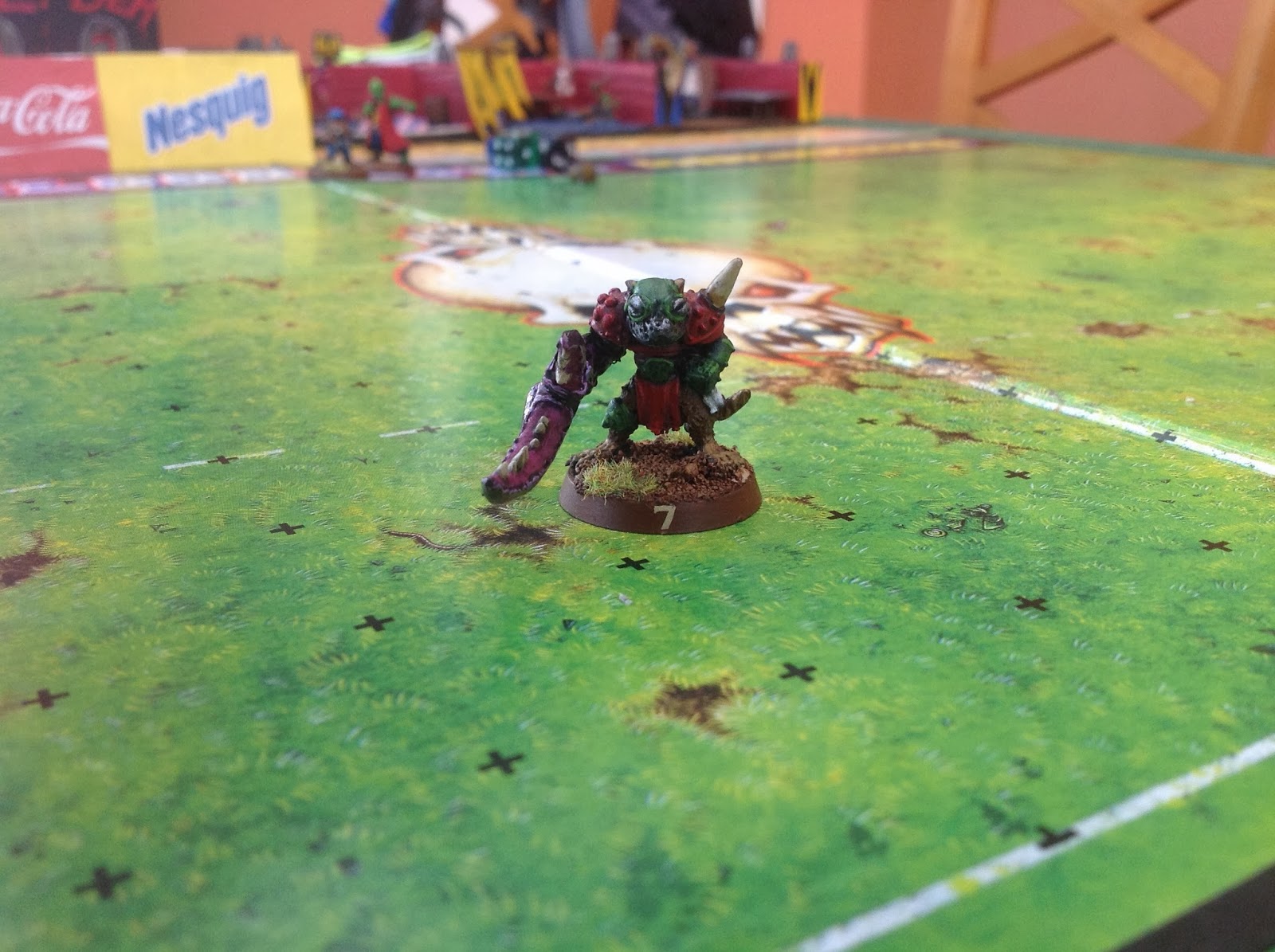 My other Blitzer Pustitt has 2 SPP's. So if Bob doesn't get enough casualties then he will be a good candidate for MVP which would grant him an upgrade.

Boilrost is carrying 2 SPP's from game 1. I would really like one of the Linemen to have the Kick skill so it will be important to give him every opportunity to achieve this by Blocking when he has the chance. Kick would improve ball placement at the Kickoff and therefore allow more extreme placement.

So what will a good game look like? Well I would like to get at least 2 touchdowns and have them scored by 2 different Gutter Runners, preferably numbers 3 & 4 Stikch & Treek granting them 3 SPP's each and an upgrade each.

I would like Bob to achieve a couple of casualties and have MVP for his second skill upgrade.

After that it would be good if my Lineman got lucky with a casualty and maybe my Thrower Compolk could deliver a successful Pass.

Clearly it would be good to win and get some decent cash and I am thinking of investing in another Thrower which costs 70,000gp. I have 30k in the bank.

Other than that I really want Bob to survive the game to keep his Claw in action, also it would be disappointing if anything happened to my Gutter Runner, Plagric. But hey thats Blood Bowl - you got to take the rough with the smooth but it would be nice for there to be more smooth than rough ;-)

It should be a fun game - bring it on.