Ork Meganobz - are they worth it?

I have had some Mega Armoured Nobz for some time. I had only painted up one of them and this was to go into my unit of 'Ard Boyz. However he slowed them down and this option fell out of favour.

They have been a 'project' for some time in that I knew I should finish painting the other two. So many 'projects' so little time. Anyway I have invested the necessary time and they are coming along nicely. 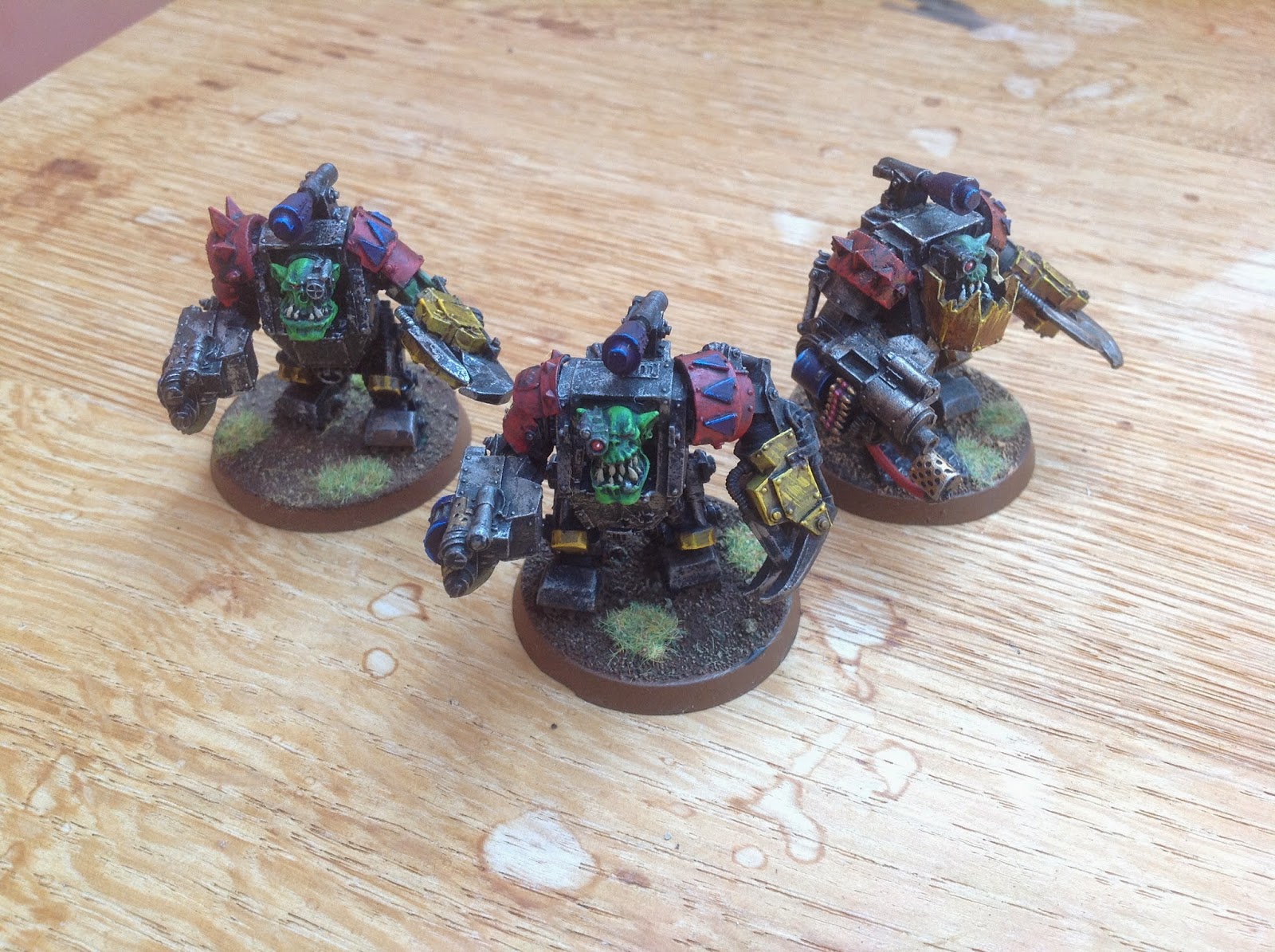 The question will be - do they warrant a place in the army list?

Three Meganobz cost 120 pts. They come as 2 Nobz and a character boss nob. In my case that will be the guy with the iron gob. You can have upto 7 more in the squad at a cost of 40 pts each.

They are S4, T4, W2 with 3 attacks. Doubling the S gives you a S8 Power Klaw. They also have Furious Charge so an extra attack on the charge. Interestingly if they are with Ghazghkull they can run and charge when the Waaagh is called!!

There is the option to replace the weapon set with two Killsaws which have the Armourbane special rule such that you roll an extra dice for Armour Penetration. You would also get an extra attack for having the pair but then lose out on shooting. The result would be 5 attacks with a S8, AP2 weapon on the charge, per model - emmmm! You just know that there will be world of hurt on the receiving end of that combination.

Shooting is not that great with a BS of 2 so dropping the gun might be right decision. However there is the option to take a Kombi Scorcha. The Scorcha is a template weapon so very reliable and is S5, AP4, Assault 1. You could do a lot of damage with that too.

Maybe a mixture is the way to go?

And then how do you move them around - in a transport? Hardly a Trukk, so maybe a Battlewagon. The points are starting to add up though. Or do you just march them up the board surrounded by Boyz? 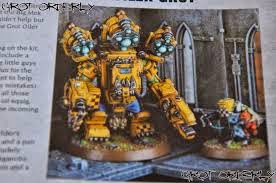 And now to an observation - I have seen the new Maga Nobz kits, which look magnificent by the way. It took me a while to work out that the guy in the picture is not actually a Mega Nob at all - he is in fact a Big Mek in Mega Armour with a Teleport Blasta! Instant Death! I just got to get me one of those!!! The upgrade costs 25 pts - R12", S8, AP2, Assault 1, Blast, Teleported (any To Wound roll of a 6 is instant death). Its a marine killer all right.

And isn't the Grot Oiler cool?