Weirdboy - you know you want one! (or maybe more)

One of the big changes in the 7th edition is the reintroduction of proper magic.

When I first started playing 40k around the time of the second edition Magic was a major part of the game and I think it really added to the overall character. Games were played with a lot less models so a bit of magic added to the fun. One of the Ork spells was the 'Foot of Mork'. You literally had a template the shape of a great big foot and you brought this down to squash the enemy. Great fun! 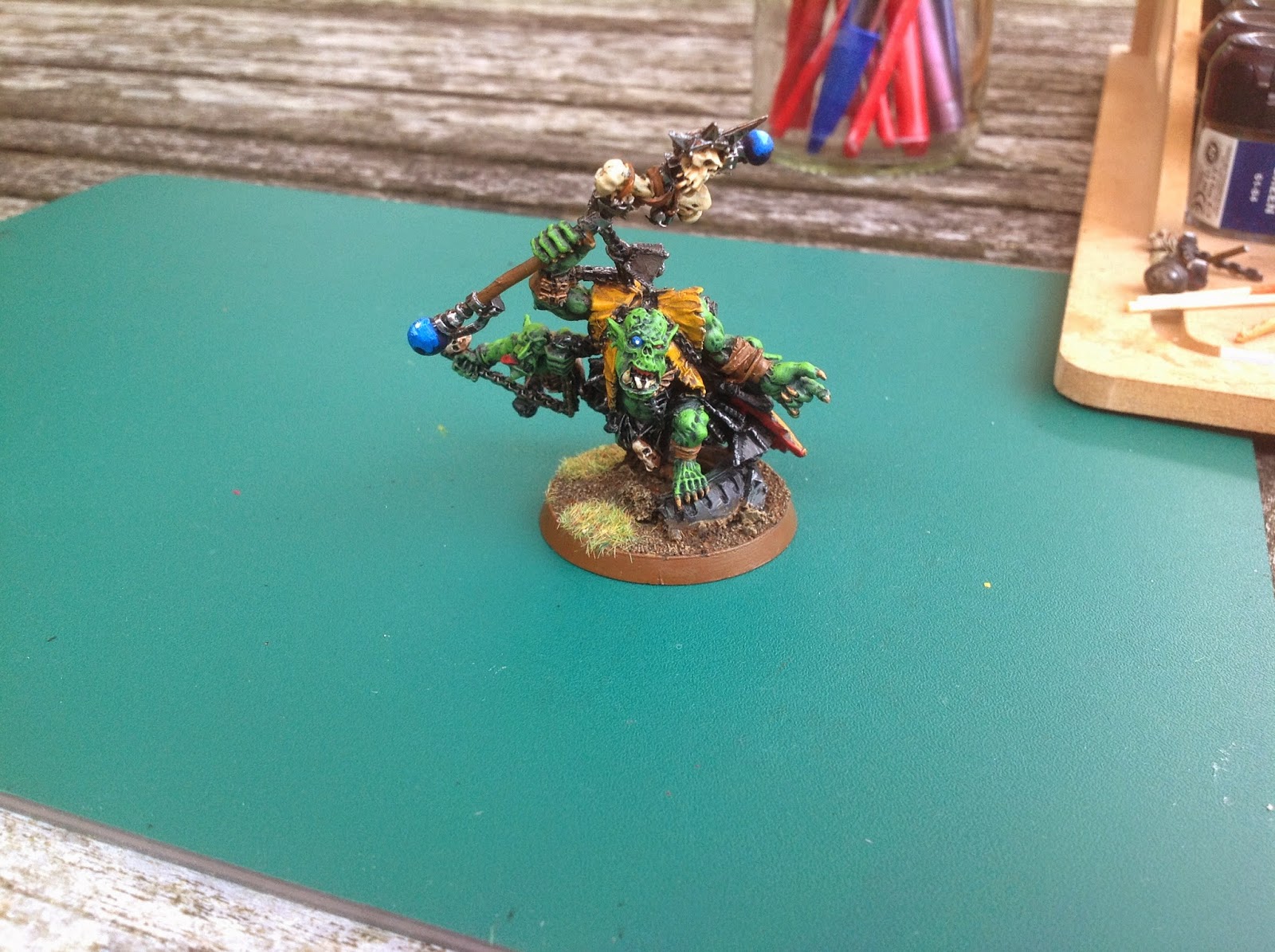 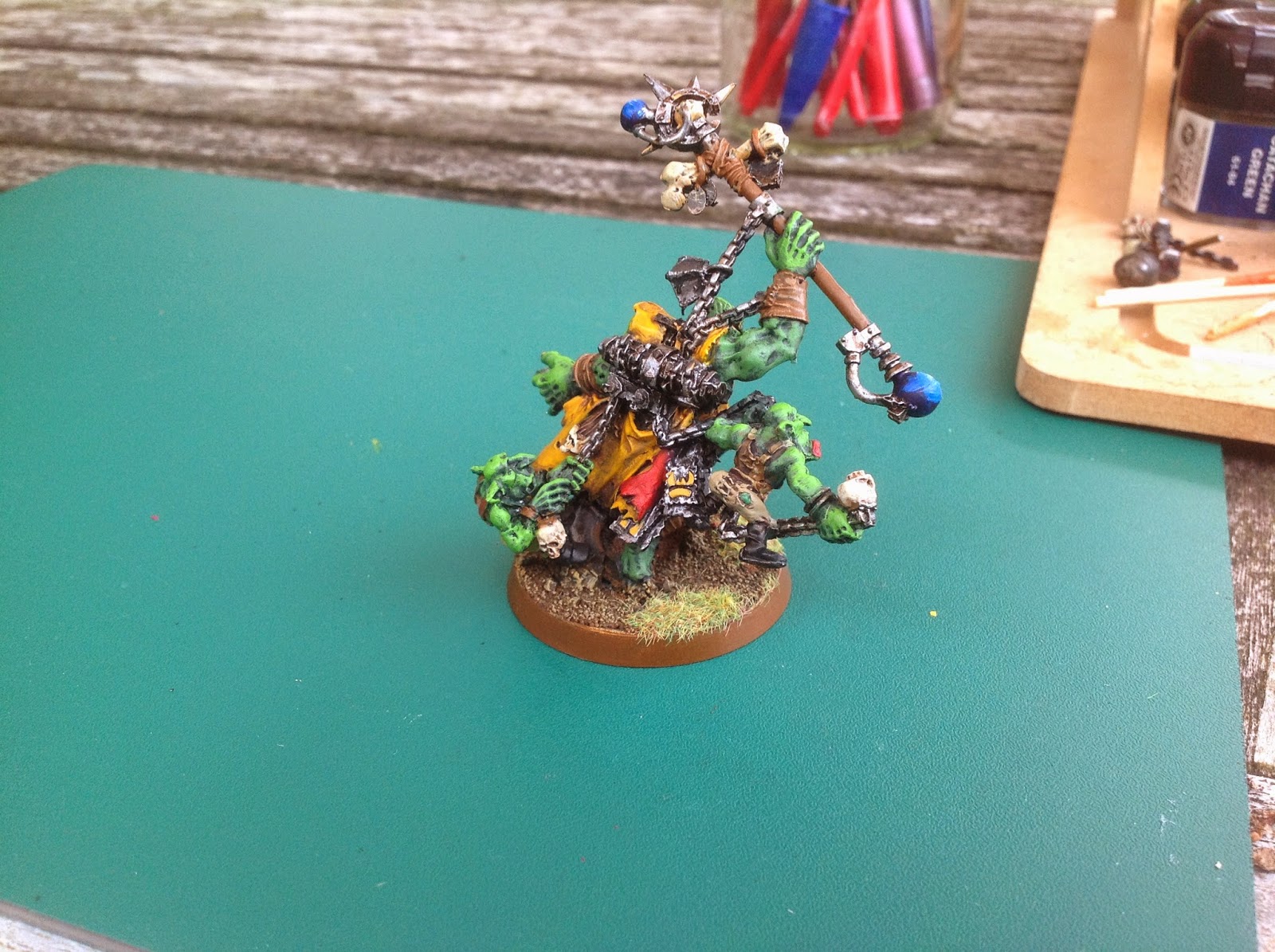 In the latest Codex the Weirdboy is back and now costs 45 points for a level 1 psyker (gets to learn one Power). He can be increased to a level 2 psyker for an additional 25 points (gets to learn another Power). He also has access to Waaagh Energy which means that if he is surrounded by 10 or more Ork models he generates a bonus Warp Charge point. So stick him in a large unit and that is sorted.

He has decent stats too with S4, T4 and 3 Attacks.

His staff is a two handed melee weapon at S+2, AP4, Force. The Weirdboy is S4 so the weapon hits at S6. The Weirdboy also has Furious Charge giving him +1 on the charge making it a S7 weapon. Force is Warp Charge 1 and targets the Pysker and his unit. When in play all the targets weapons gain Instant Death until the start of the next phase. Can you imagine unleashing this in the turn that you Waaagh!!!! I mean Instant Death - no saves OMG!

The Powers of the Waaagh are as follows: -

Primaris Power - (you get this free if you choose all your powers from the same table. Orks can choose from Demonology and the Powers of Waaagh. I am sticking to the Ork Powers for now)

The other powers are random but rolled at the start of the game making him a whole lot more predictable: -

1. 'Eadbanger - R24", the target must pass a toughness test or suffer a wound - no armour or cover save allowed. A character killer.

2. Warpath - all models in his unit gain +1 attack, now you just know that could be cool.

3. Da Jump - You can remove the unit from the battle field and then deep strike them!! Oh my god!

Can you imagine the Weirdboy sitting in a 30 man unit of Boyz. Almost any combination of the six Powers would be awesome.

I do love some proper Orky nastiness and the Weirdboy is just oozing it from every pore!!