The Green Ghost - Your Worst Nightmare!

Something was a foot. Rumours were everywhere. A new campaign was surely imminent and to an Ork this could only mean one thing - Waaaaaaagh!!!

The 'Green Ghost' was nowhere to be seen and everyone suspected that 'Morks Teeth' were being put to good use in some far flung system. Boss Snikrot had a well earned reputation as a savage hunter who lives for slaughter. Tales of victims left bleeding to death with their eyes torn out and their scalps ripped from their skulls are still whispered on Armageddon. 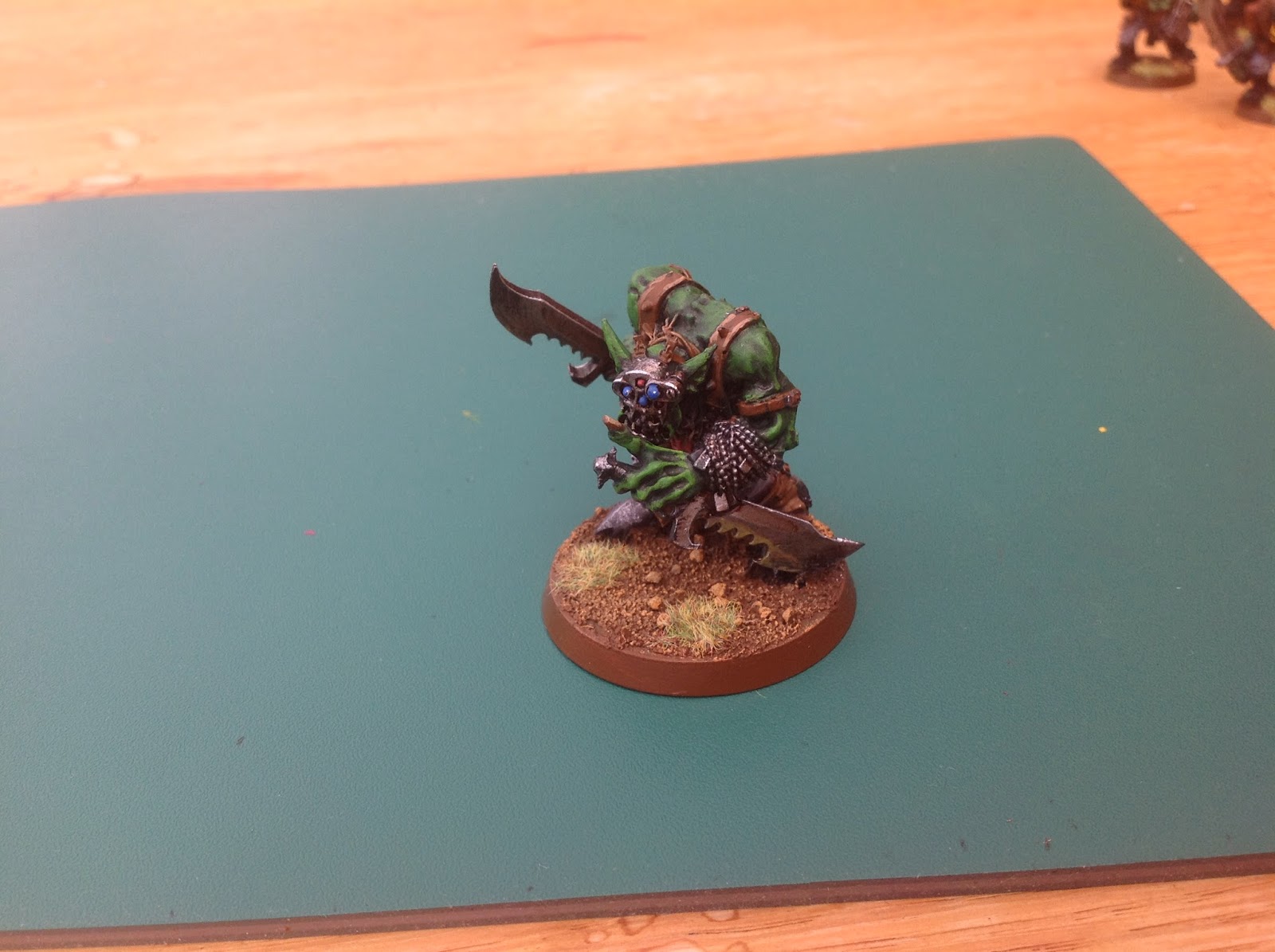 At 60 points Snikrot is a steal and he does not take up a slot on the Force Organisation chart if played with Kommandos. Amazing. He has nice stats WS5, S5, A4. He is armed with the Mork's Teeth - S User (5), AP 5, Melee, Shred (re roll failed To Wound). On the charge he will have 6 attacks probably looking for 3+ To Hit and then looking for 3+ To Wound with re-rolls. He will be hitting in Initiative order and has I3. The pity is that at AP5 marines will be getting their saves. He would be awesome against Guard!

The big deal with Snikrot is that he comes with Ambush so that himself and his unit of Kommandos arrive from Reserve and walk onto the battle from which ever edge he chooses. No dice roll required! This is a major advantage. They also have Shrouded for their first turn which improves Cover by 2 points, important because they can't charge in the turn they arrive. Really cool. He also has the Moves Through Cover rule so roll an extra D6 for moving through Difficult Terrain so roll 3D6 and pick the highest two and is not slowed when charging.

The Red Skulls have also been missing for weeks. Festooned with bombs, guns and blades these sneaky gitz excel at lurking in the shadows until their boss gives the signal at which point they explode from cover, howling bloody murder and hacking their shocked victims to bits in the name of Gork and Mork. They would prepare the way for the Waaaagh, creating chaos behind enemy lines. 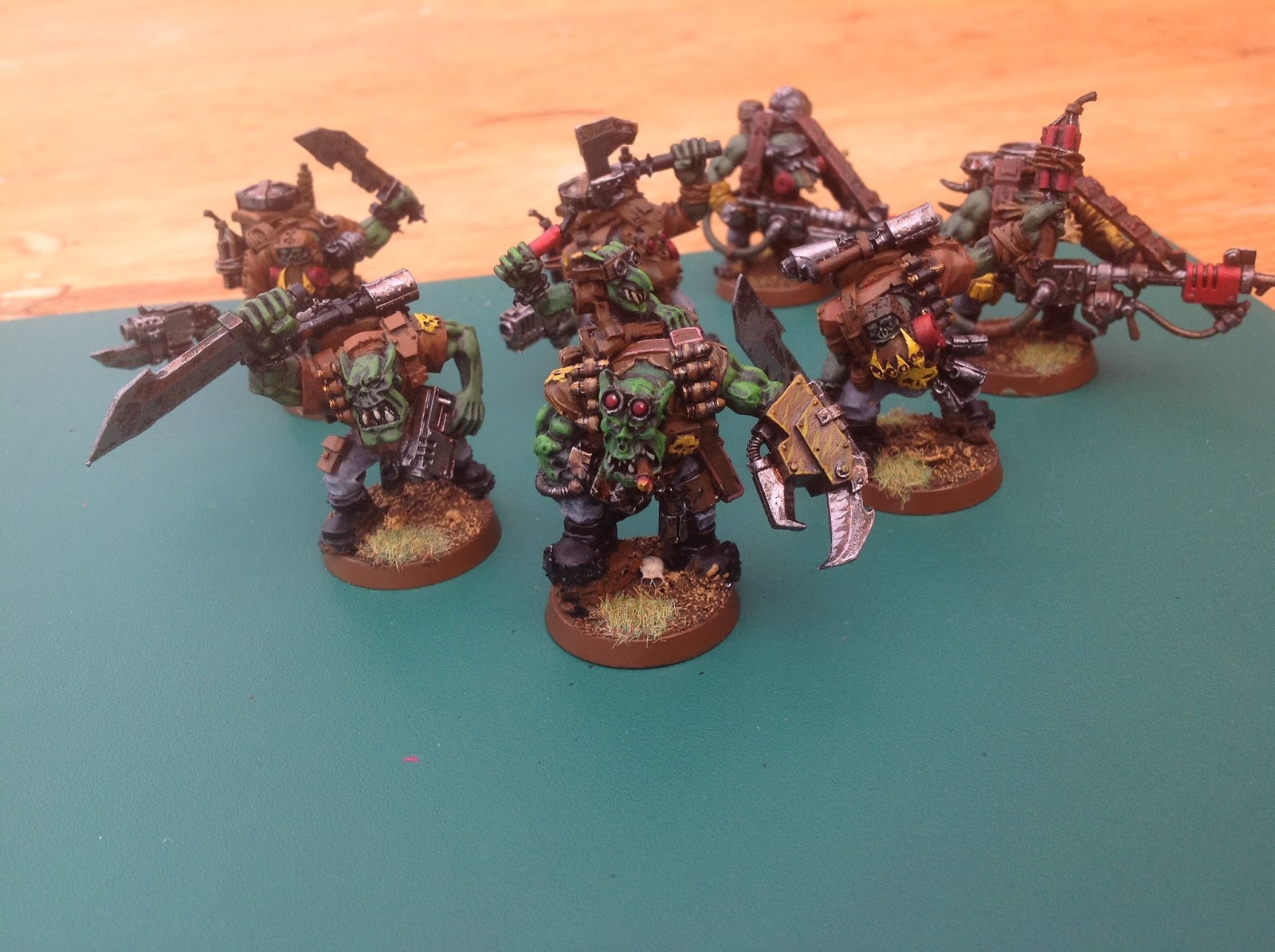 15 Kommandos is the maximum unit size and one may be upgraded to Boss Nob. That is the way to get the S8, Power Klaw into the unit. Two Kommandos can also replace their slugga, choppas with Burnas. Expensive at 15 pts a model. A couple of Template weapons  in a unit can be great if you are in enemy territory and when in melee it turns into a two handed AP3 weapon.

Another option would be to take a couple of Rokkits S8, AP3, Assault weapons. Good value at 5 points a piece and you would have the option to shoot in the first turn of arrival so probably at rear armour. Its the BS of 2 that causes concern as they need to roll 5+ to hit with no benefit in Melee.

The interesting thing about this unit is that it gives you options. If they arrive early then you can cause some chaos at the rear of the enemy and if they come late they can be used to potentially re-take an objective. A great pity that they are limited to 15 models but good that you can have the Boss Nob and Snikrot! 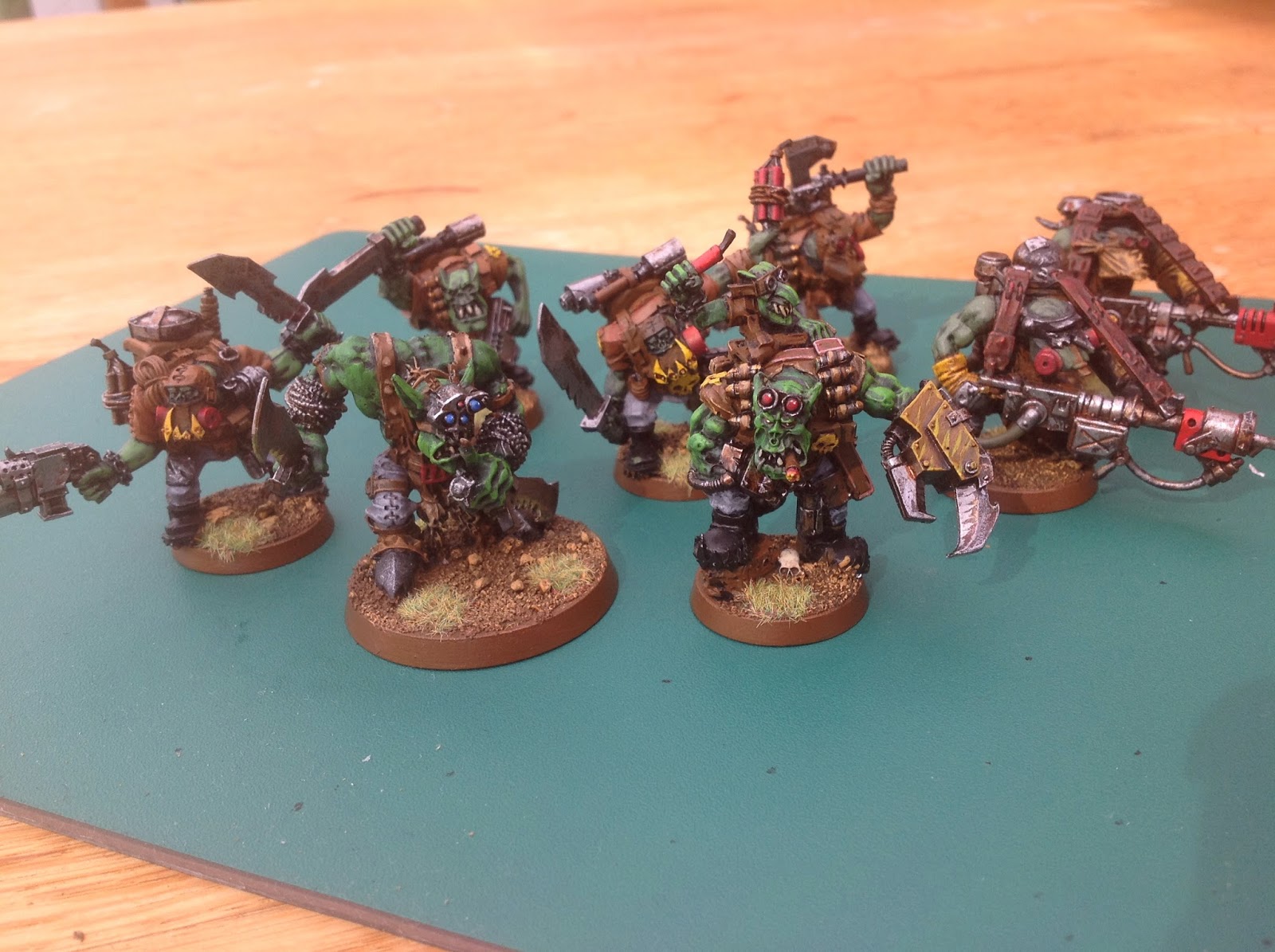