Da Stompa is in Da House!

Typhus and the forces gathered at the Forge had expected the Orks to swarm forward from their preliminary attack at the Communications Array but the advance did not happen. The Orks were taking their time and massing the machines of war. New variants were reported daily some twice the size of the much feared Deffdread. Would the fortifications hold against such might? When would the attack begin? 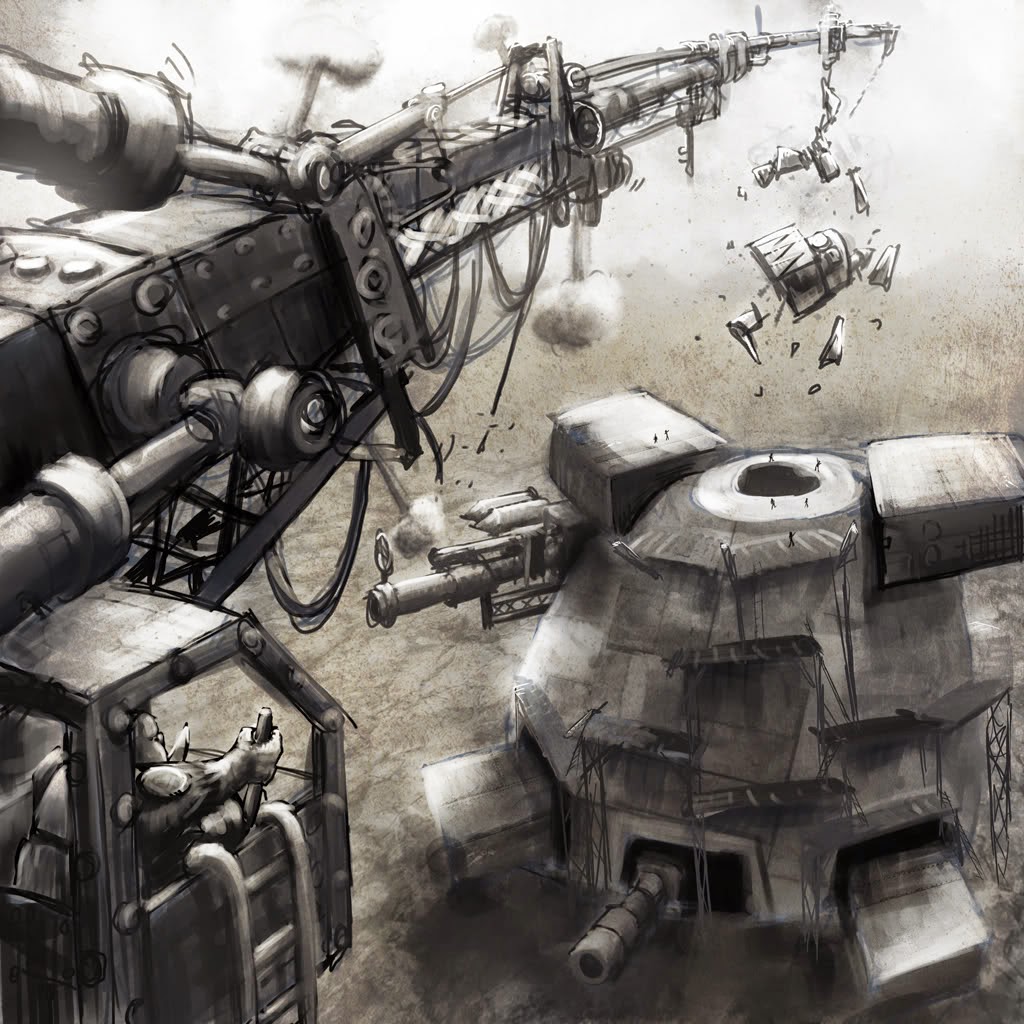 The latest images from the front seemed incredibly unlikely. Surely nothing this huge could carry its own weight effectively and prove itself on the battlefield? Reports were that it towered over everything else by two to three times. It looked like the Mek Boyz had finally lost it. Their ambition would surely be overcome by their lack of technical know how. They were calling it 'Da Stompa'!

But Typhus was uneasy. This was not the Ork approach to Waaagh that he was anticipating. A bead of sweat dribbled down his face......

Well I have finally had the opportunity to have a look at the Ork Stompa. I had purchased the kit some time back and had great fun assembling the model. I really enjoyed it. Lots of options to consider, little grots everywhere, great fun. The model is huge! 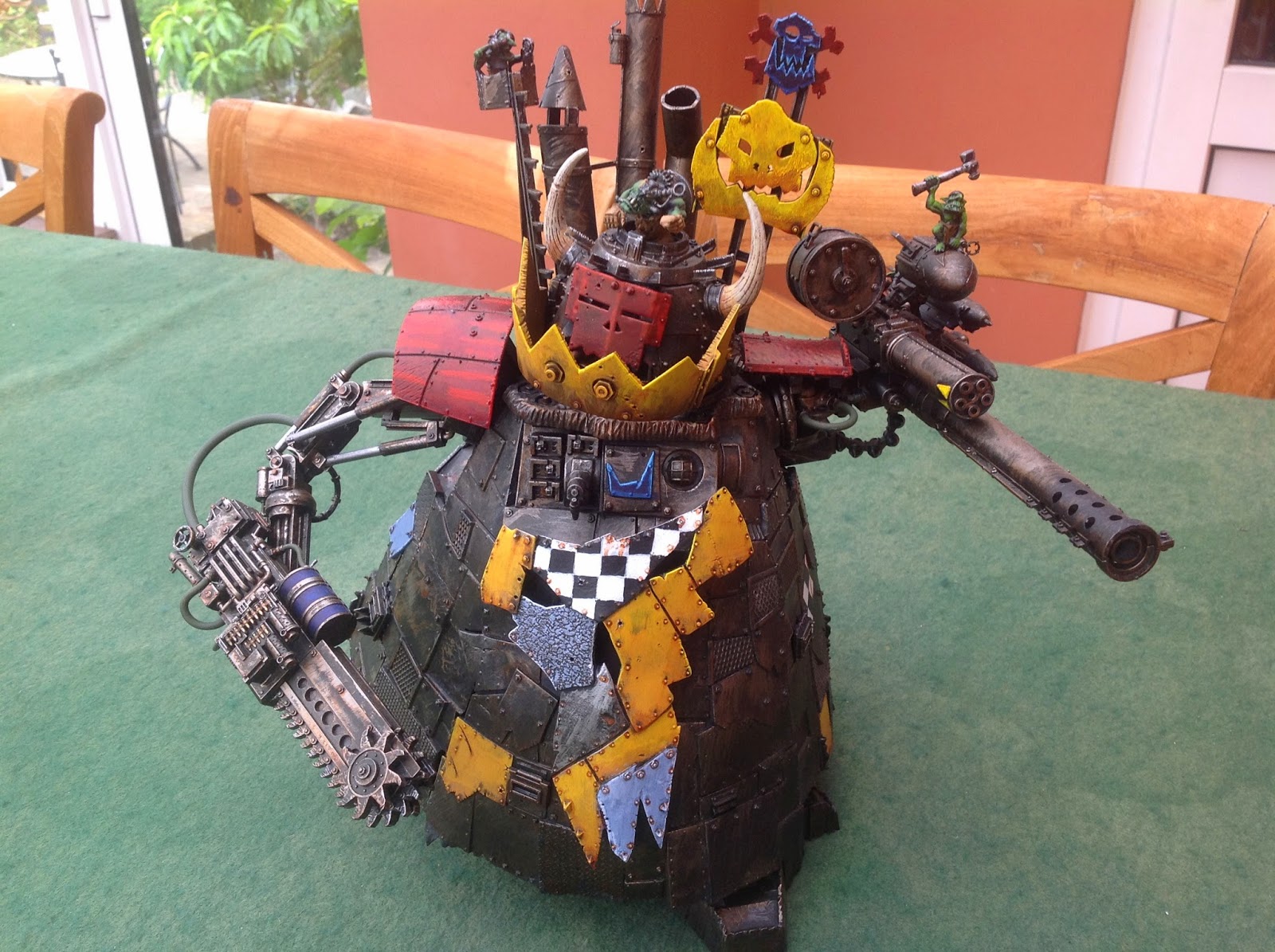 I gave it the 'iron gob' because this fits in really well with my army theme and then applied the metal paints with red shoulder pads and the dirty yellows in various spots. The yellow does jump out at you. Really great fun and I recommend it to anyone. I worked in a few black and white Goff squares as well. Helps with the Ork feel. And finally added a few Space Wolf panels - well you have to poke fun at someone ;-)

I have not played the Stompa in any battles and was delighted to see it in the new 7th edition codex. I gave it a brief review but nothing major. In my mind I was thinking of it as a Walker with all the downsides this entails. There were lots of weapons but lets face it you can only kill one thing at a time and with a cost of 770 points I just failed to see how it could really pay for itself in a six turn game. But then I read the rules - I mean the Super Heavy Walker rules in the new Rule set (page 96 for those interested) and my world has changed!!

Movement - it can move up to 12" (big smile). It causes Fear and can Move Through Cover (Cool)

Shooting - it can shoot as if it were stationary even if it has moved and it can shoot Ordnance and all other weapons as well. It can also shoot its weapons at different targets (Oh Yes - smile broadens)

Stomp - this is a special attack in addition to everything else it can do. It uses 3 Blast markers against the enemy unit and damage is from a special Stomp Table generally causing S6, AP4 Hits but it can be much worse than that - on a 6 it is Instant Kill to everything that it touches! (I am in a happy, happy place)

And all this before you get to the Stompa Rules. This changes everything. Da Stompa is a beast!

Da Stompa itself has 12 Hull Points, 4 Attacks, Strength 10, FA13, SA13, RA12. It is also an Effigy so that all models within 6" of it are fearless. Additionally it has four Fire Points so that the models inside can fire out. 12 HP's with an Armour Value of 13 is a lotta, lotta armour!!

Shooting - it still has a poor BS of 2 (5+ To Hit) but it can shoot all its weapons and at different targets!! 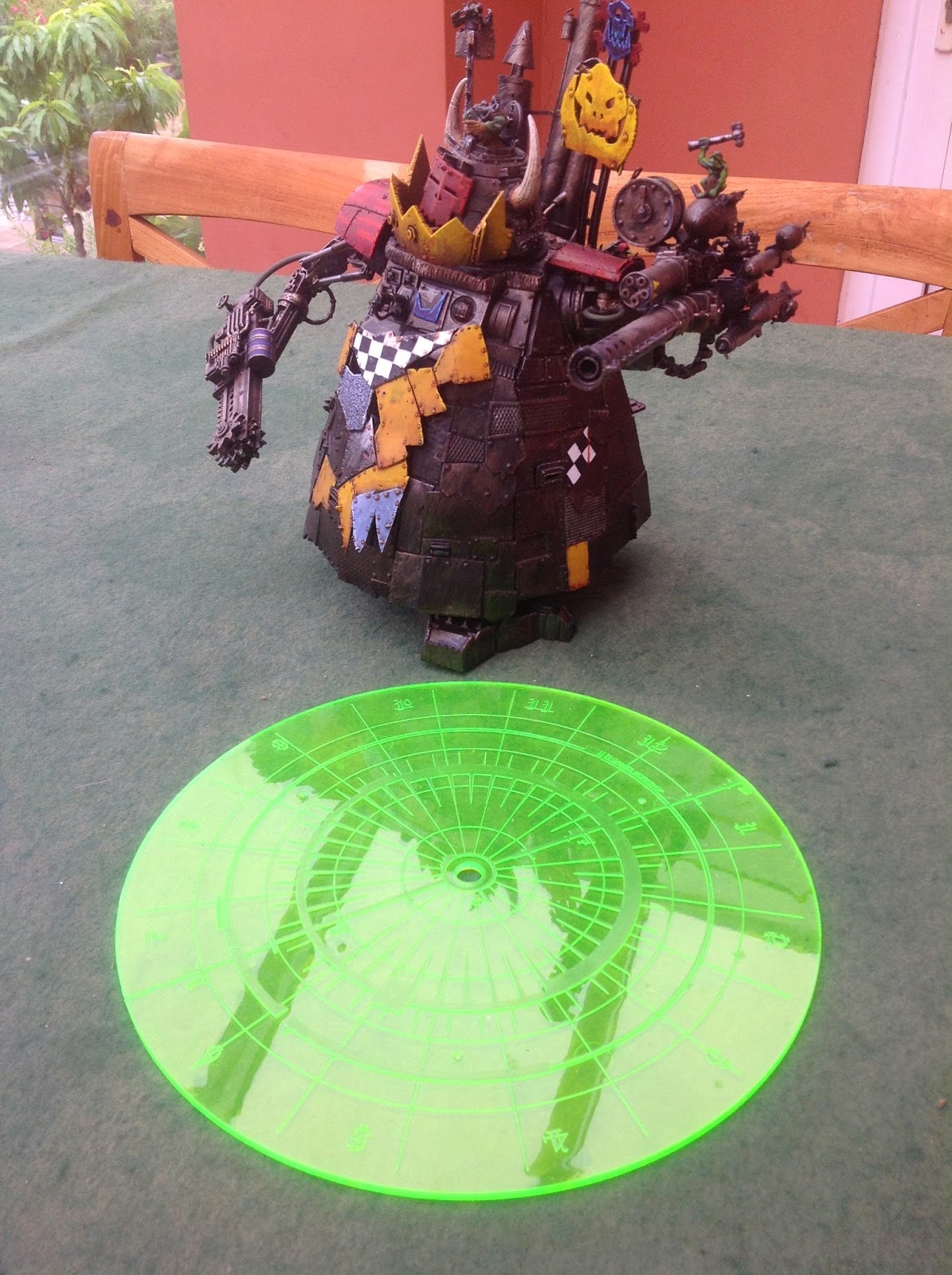 It can shoot all of that, every round of battle. Think of the damage that can do. 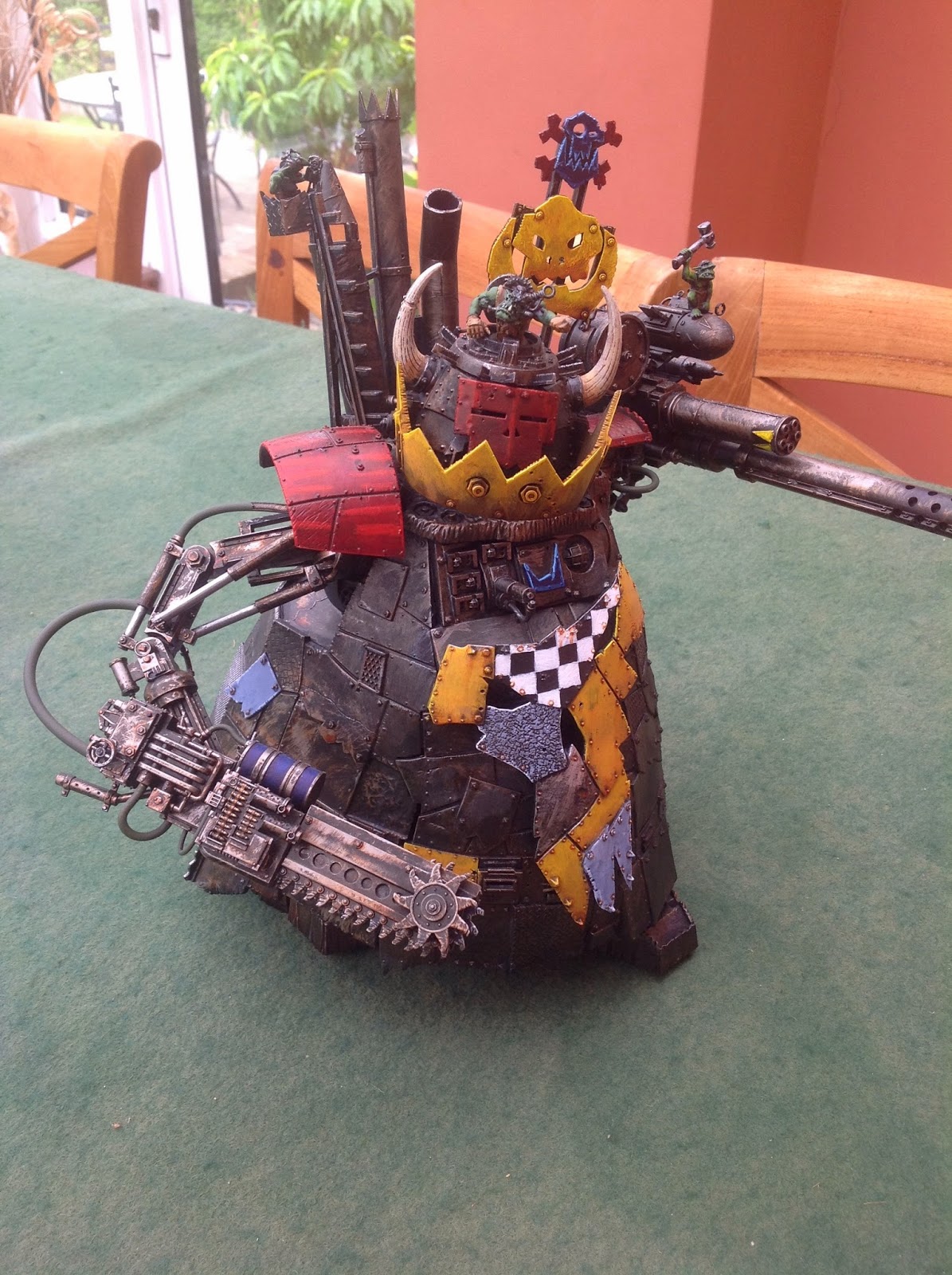 Mega Choppa - SD,  AP1 meaning that it can sweep through Vehicles like a knife through butter.
Stomp - as above 3 blast markers with S6 Hits!

You can have Mek Boyz inside repairing any lost Hull Points, you can even have a Big Mek with Kustom Force Field so the shots are bouncing off you. And then you have a unit of Boys to deposit for good measure that are Fearless when they appear within 6" of the big man!

Summary - Well I am stunned. What a completely devastating piece of kit this Supa-Gargant is! I think my view is that at ONLY 770 points he is a bargain. He is also a super distraction so anything else that is brought to the table will have free reign. Whats not to love?

I can imagine hundreds of Boyz on the move behind him or Trukks filled with Boyz zooming up the battle field beside him or Buggies and Kopptas or or or ........ oh the options are just so appetising. Orks is made for Rockin baby!!

Now where is that quivering wreak of a Nurgle boss? You know the one I mean, the one with the tail feathers and the big yellow stripe down his back. You know him - 'Typhus' is his name!