I used to run a Speed Freak army with hordes of Trukks, Buggies, Bikes, Wagons etc. It was a tournament army and a joy to play. Full out attack from the very start and very intimidating to play against, especially if I got to go first.

As such I have a lot of older vehicles including 5 or 6 old style Trukks and an investment from Forgeworld in the form of a battlewagon, which I love. 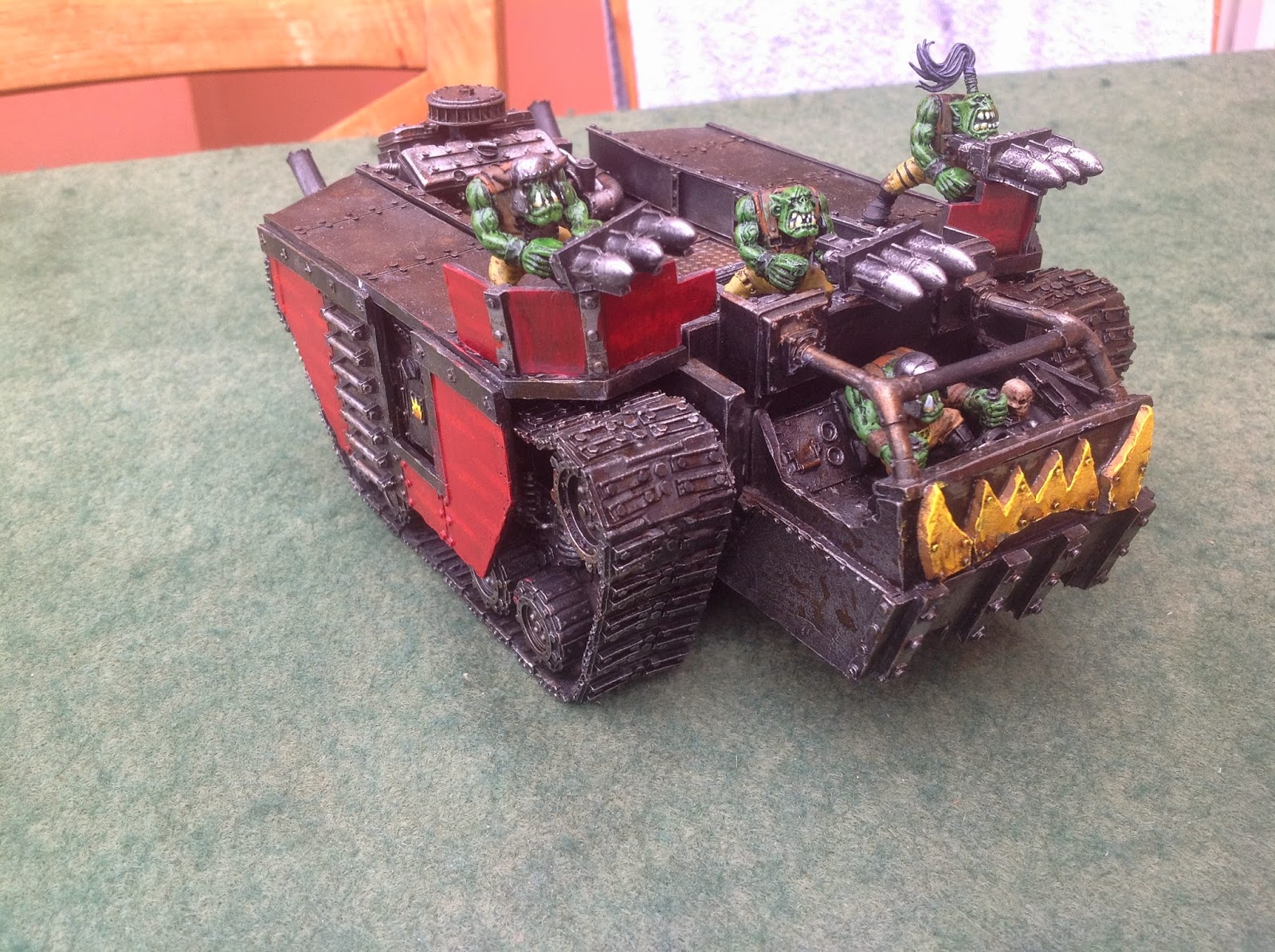 Bearing in mind how small the old Trukks were this was and still is a proper Orky brute. 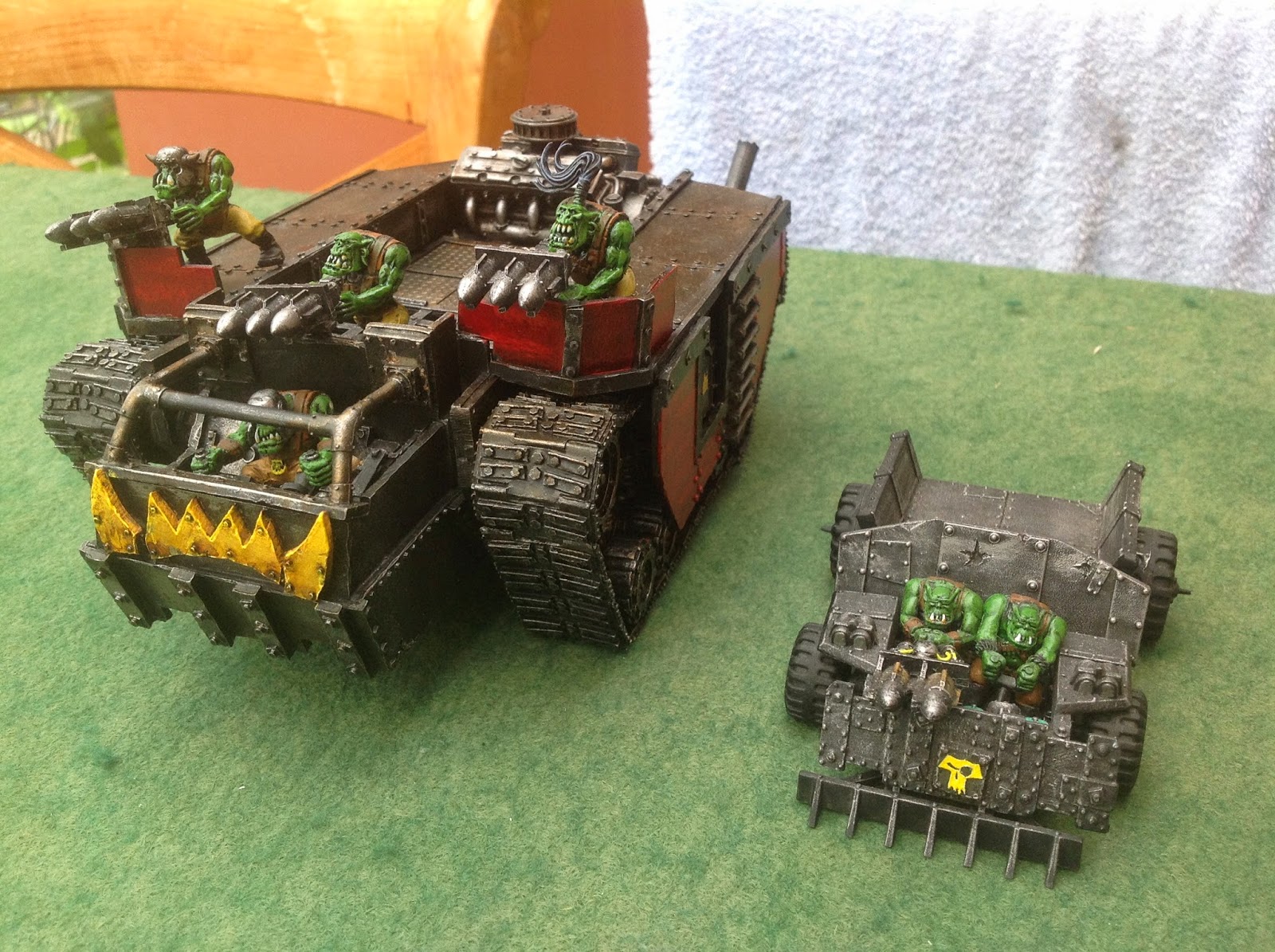 Things have moved on and the new style Trukks and Wagons are great. Mind you we are still waiting for some new Buggies. The old ones just don't fit in any more.


I always loved the Buggies but the last Codex gave dominance to the Deffkoptas and I have loads of them. With this Codex the Warbuggy in just 25 points and has been given the Outflank rule. This means that they can arrive from Reserve from the side of the table. The  twin linked Rokkits are now free and you can have up to 5 Buggies in a unit. Now that is five shots looking for 5+, probably into rear armour with re-rolls. That should be 3 Hits really. This unit could pay for itself very quickly! A real menace!

The Trukk is the still the same old Trukk. At 30 points it can transport up to 12 models. It is still made of paper with Armour of 10 all round however it can now take a Rokkit for free. It also has Ramskackle as a special rule. When suffering a penetrating hit roll a D6. On a 6+ the Trukk suffers a Glalcing hit instead.

And then there is the Battlewagon at 110 points. Front armour of 14 is great and can transport up to 20 models. There are all kinds of options to add weaponry e.g. unto 4 Rokkit Launchas and then there is also the option to add a Kannon, Lobba, Zzap gun or indeed a Killkannon. After that there is a load of Vehicle Equipment that can also be added. Back in the day my view was that the primary job of the Wagon was to get the Boyz across the table and thereafter it became mobile terrain whose job it was to reduce line of sight on to the Boyz. Run it cheap and invest in the cargo was the motto.

I still have decisions to make for the big outing on Sunday but my feeling is that the Orks need transport of some description.
Posted by Bullcher Feb at 02:28