The slighted cracked ideas that make it all worthwhile

I have been inspired by a recent post from 28mm Victorian Warfare. The post concerns a 'pirate monkey'. A freebe that came as part of a consignment to the ever enthusiastic Mr Michael Awdry at 'Awdry Towers'. What a fantastic model. You would wonder how it came into being at all. Who thought it would be a good idea, who commissioned it and then how does it become part of a business strategy. The truth is that it is a joy to behold, a foible, a mad crack pot idea and as such one of the things I love about this hobby. There is just something inspirational about him.

One of things that I love about Orks is that the designers had some of this mentality when it came to designing the Ork horde. Take gretchin, grots and squigs as a prime example. There is no real need for them but what a characterful addition they make to the table top.

Grots are great for poking fun at the opposition. I have been using this guy for years and I love him. 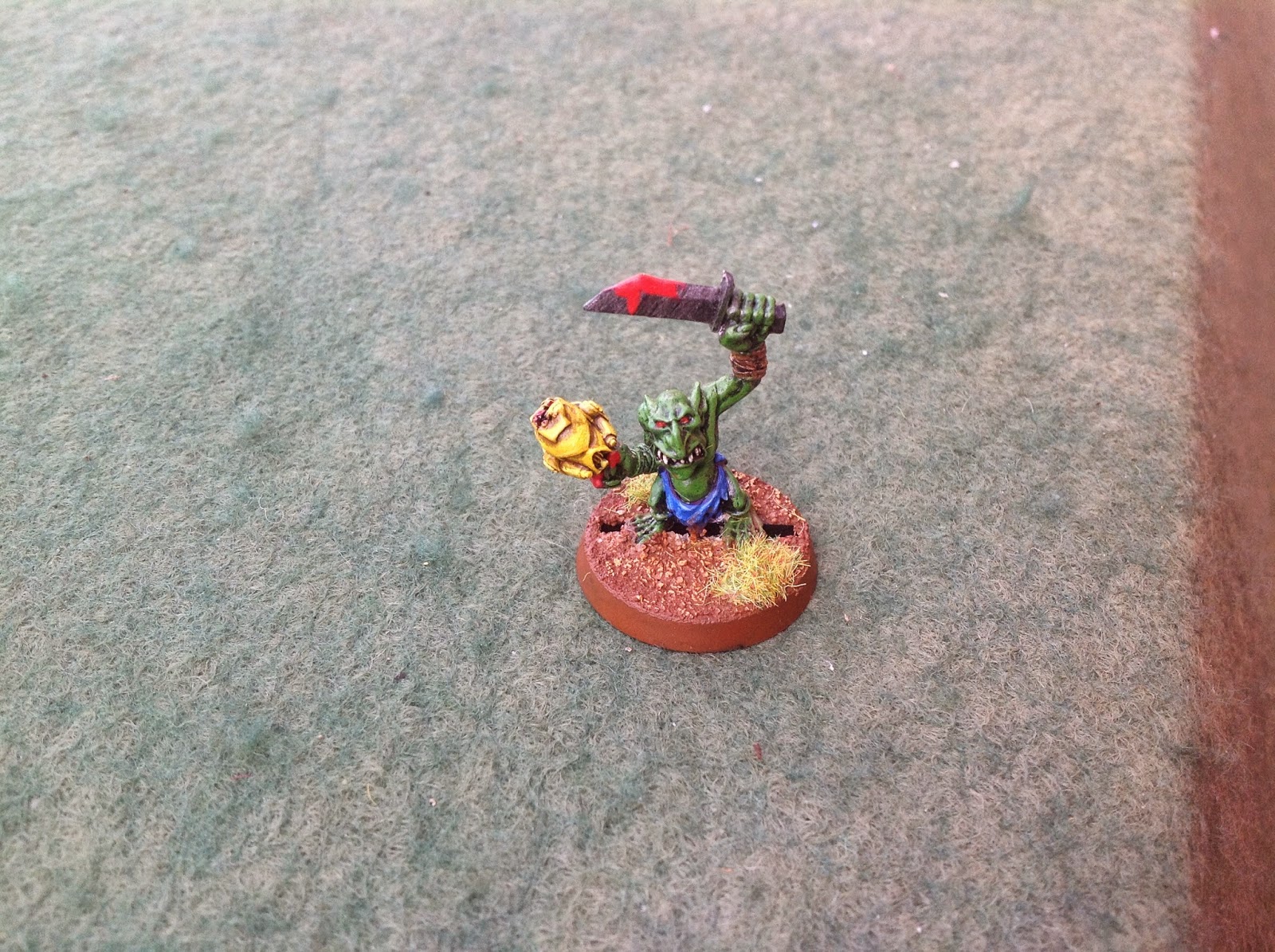 Obviously the helmet colour changes to suit the opposition. He is always in the army somewhere, sitting on a Deffdread or in a vehicle, but there none the less for the shear fun of it.

Then you have the hard working grots. 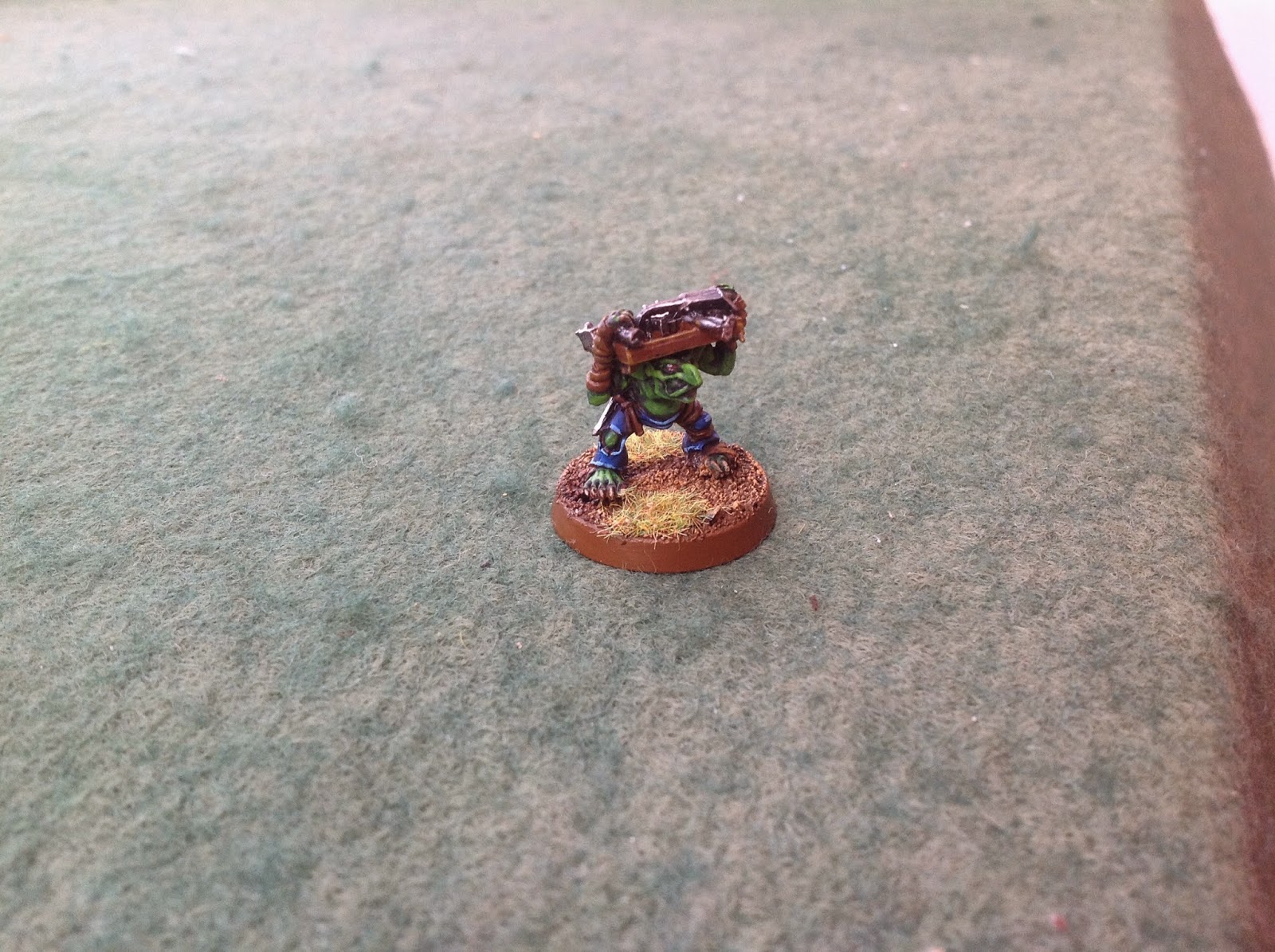 Where would your average Painboy be without someone to carry his 'Dok's tools'? This little guy even has a spare 'Urty Syringe tucked away in his belt. Obviously there is no need to have even created this model. It was not done because it made financial sense - but the world of 40k is a better place for having him.

And finally there is my favourite model. You just know that someone, somewhere has to look after the baby Squigs - well obviously!! 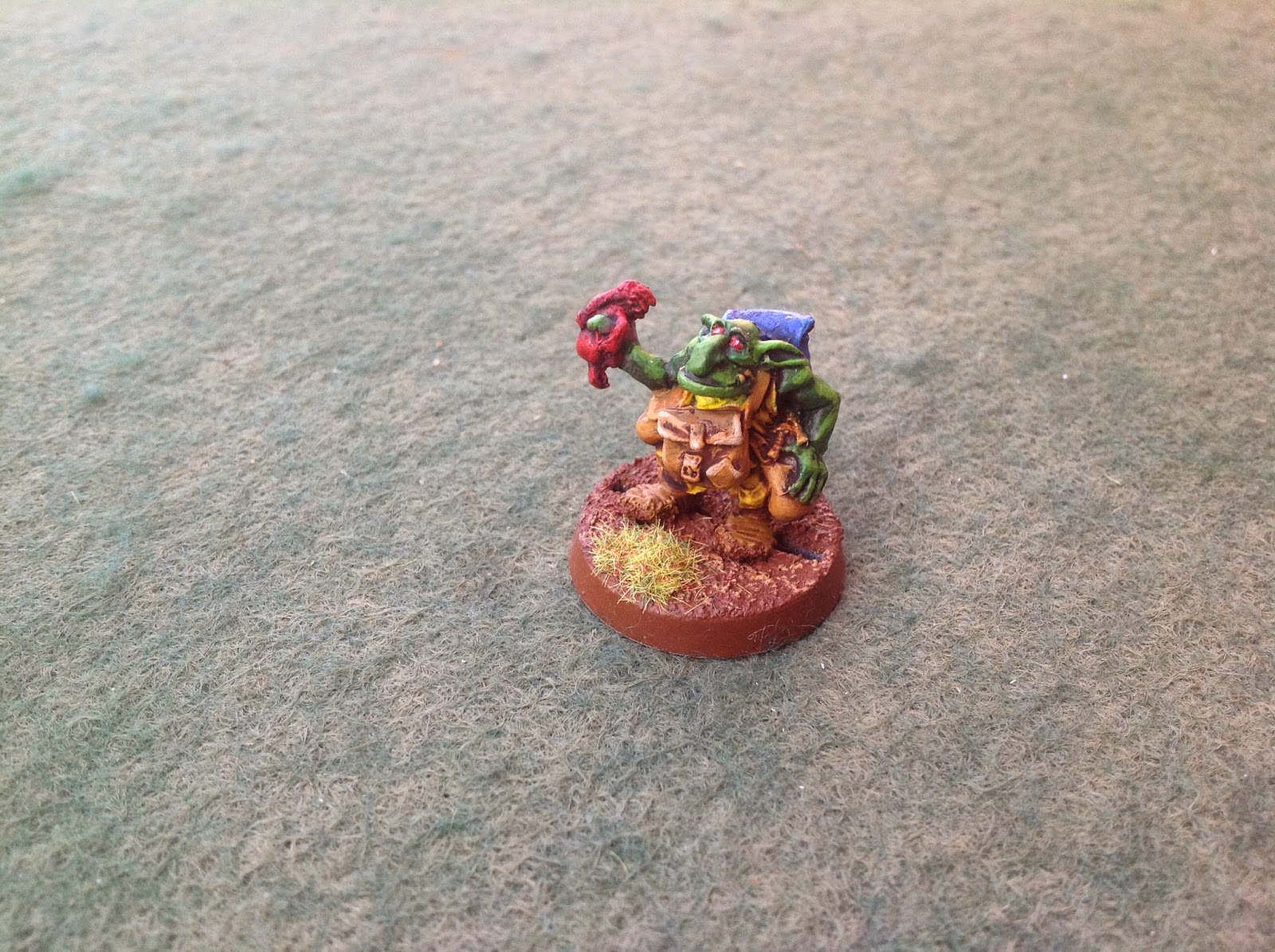 This little guy looks bang in character. I love the 'butter wouldn't melt' look on his face. His presence just adds something to the entire army.
Posted by Bullcher Feb at 03:28