An Iron Wall of Walkers

Perhaps this is the Iron Wall that Nidai was dreaming of. An iron wall of walkers leading the green tide into battle. Wishful imaginings that the iron wall was filled with Iron Warriors. Instead the Orks are beating a path to his door before ripping it apart and him along with it.

I do love a Walker. Always have done. I think that they are perhaps the most Orky thing in the entire army and they have come a long way. 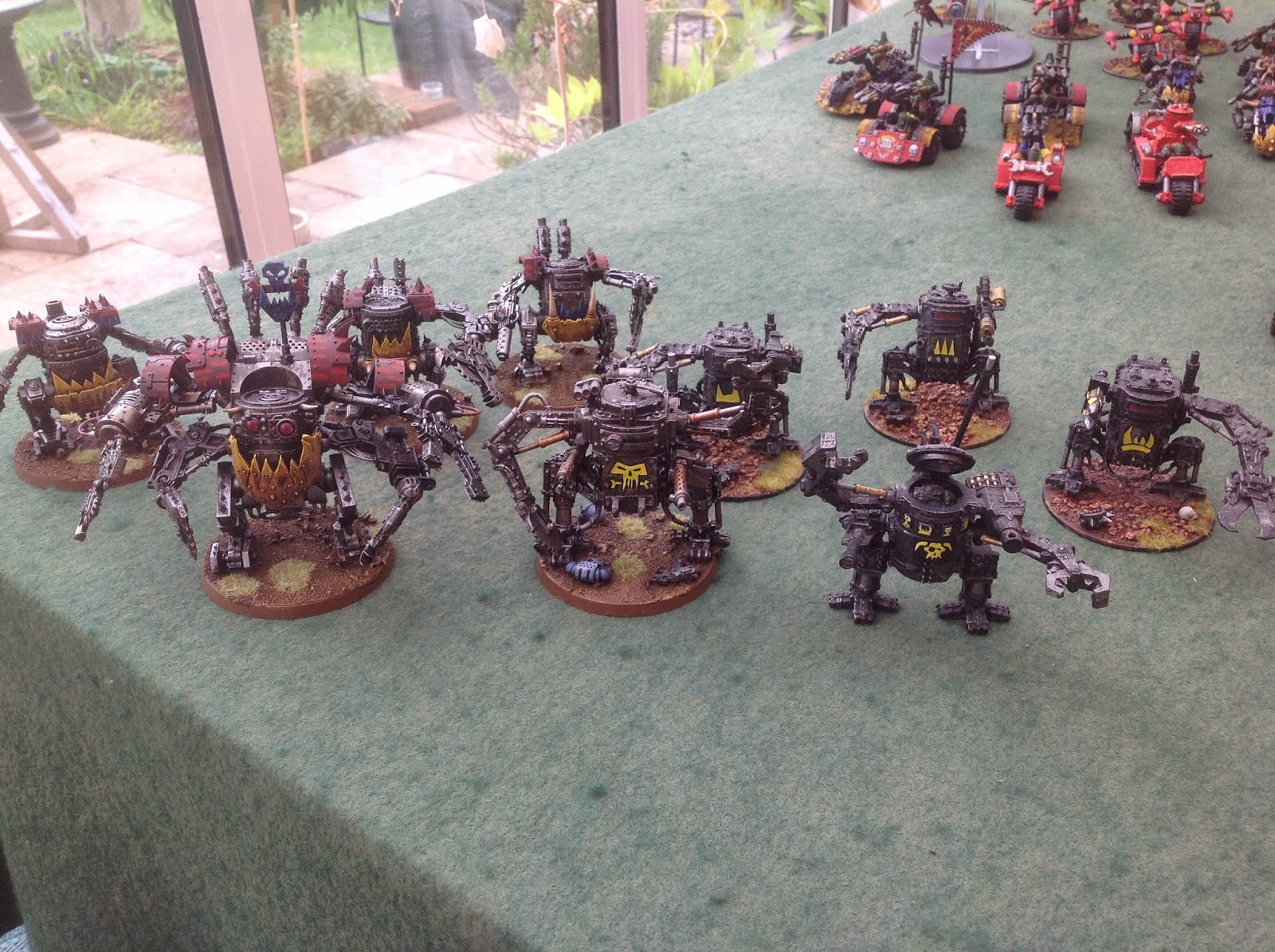 My Ork Walker or Deff Dread has always been called Da Basha! I might as well paint a big shamrock on him because he has a history of surviving when he should not and delivering an utter mauling to the opposition!! He has been responsible for more 'bragging rights' than any other single model. I have three different versions of him and love all three.

In terms of tactics I favour running him across the table and giving him all close combat weapons. This keeps his purpose simple and there is no 'thinking about having a shot' moments. He is not good at shooting. Play to the strengths and let others do the shooting.

The Killa Kans have also had a certain amount of success and the models themselves are just outstanding. The unit size has been increased in the recent codex so that it can contain up to six Kans. Thats a lot of Kans! I think it will seriously increase their effectiveness in that you tend to lose one or two on the way across the board. Now there will be enough left to dish the damage required.
Posted by Bullcher Feb at 05:53