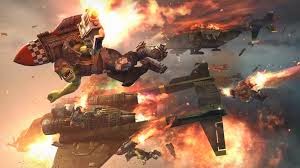 Its been with me for years. It all started it when I first purchased some of the old models (when they first came out - thats how long ago this has been going on). The idea of flying Orks with big Rokkits on their back was just fun, fun, fun. Sooo Orky! I got myself the models and the first thing I did was to paint shark like faces on a few of them. Shear comedy. 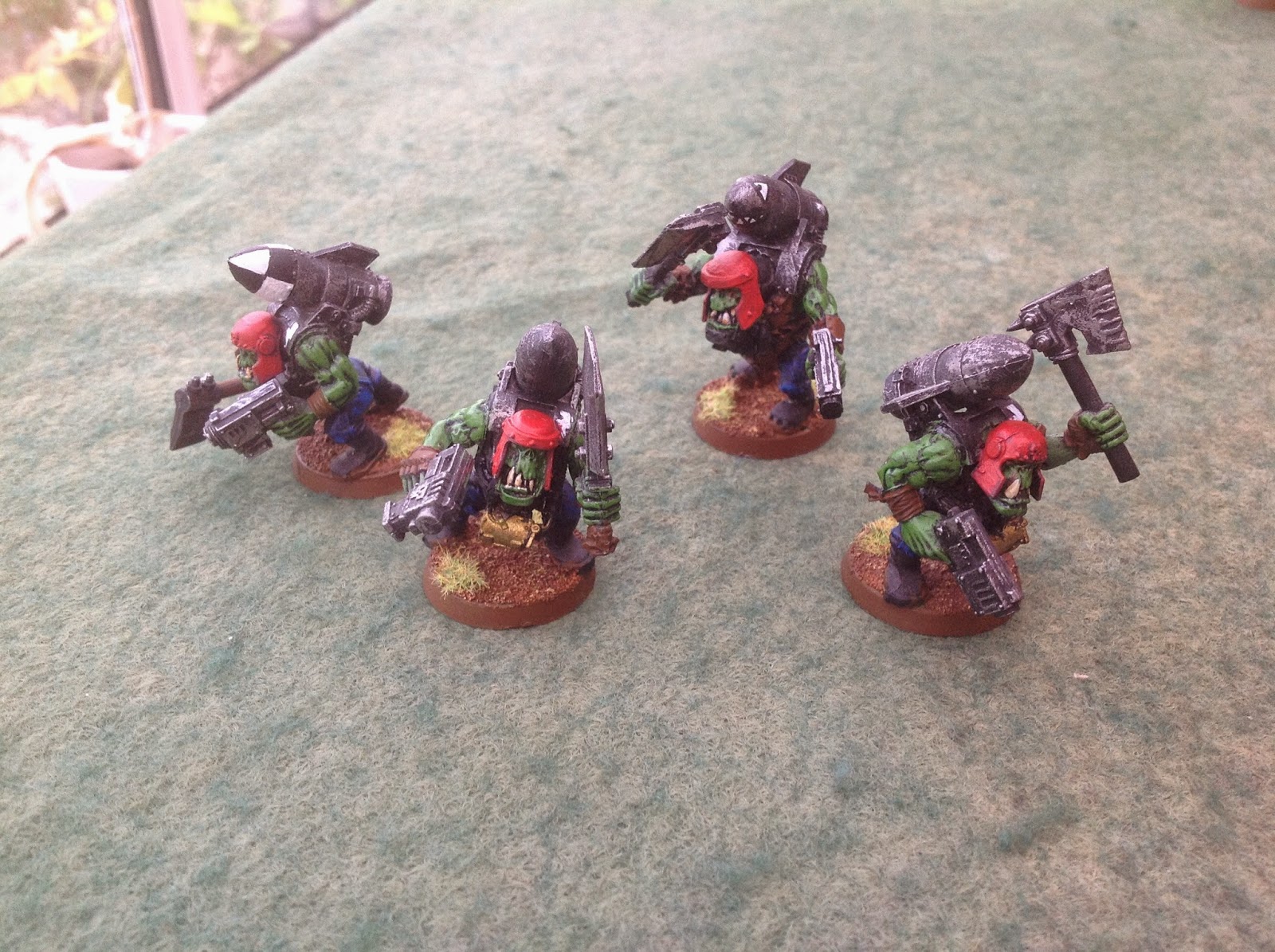 I gave them a basic paint job (based and at least three colours) and I played them a fair bit. It was always handy having them arrive in the middle of battle. Often they made the difference and pushed the fight in the right direction.

Then we went to a show somewhere in London and there was a demonstration using green stuff. I was amazed someone was giving flight to the Stormboyz using the greenstuff and I was fascinated! Wire was attached to the based and then to the back of the Rokkit. The base was given some weight by filling in the underside and then greenstuff was built up around the wire to represent a plume of smoke smashing against the ground and a small burst of flames exiting the rokkit. Just brilliant!

However my greenstuff skills were non existent but I was determined to give it a go. The first few attempts were dreadful. The greenstuff dries slowly so patience is needed to keep the edges spiky. Project Stormboyz had begun! Over the years I have had various attempts and each one was an improvement. Finally I just went for it. 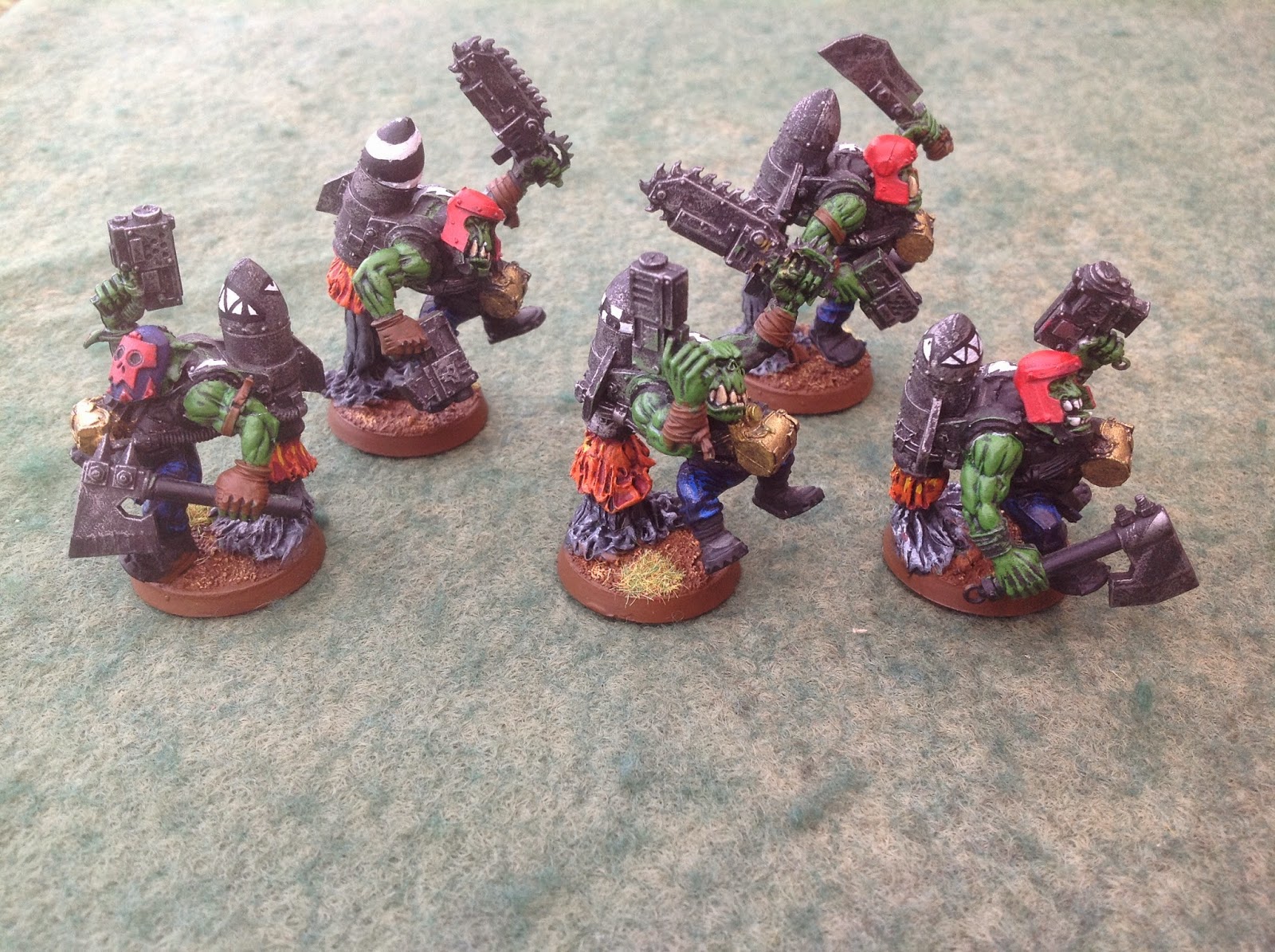 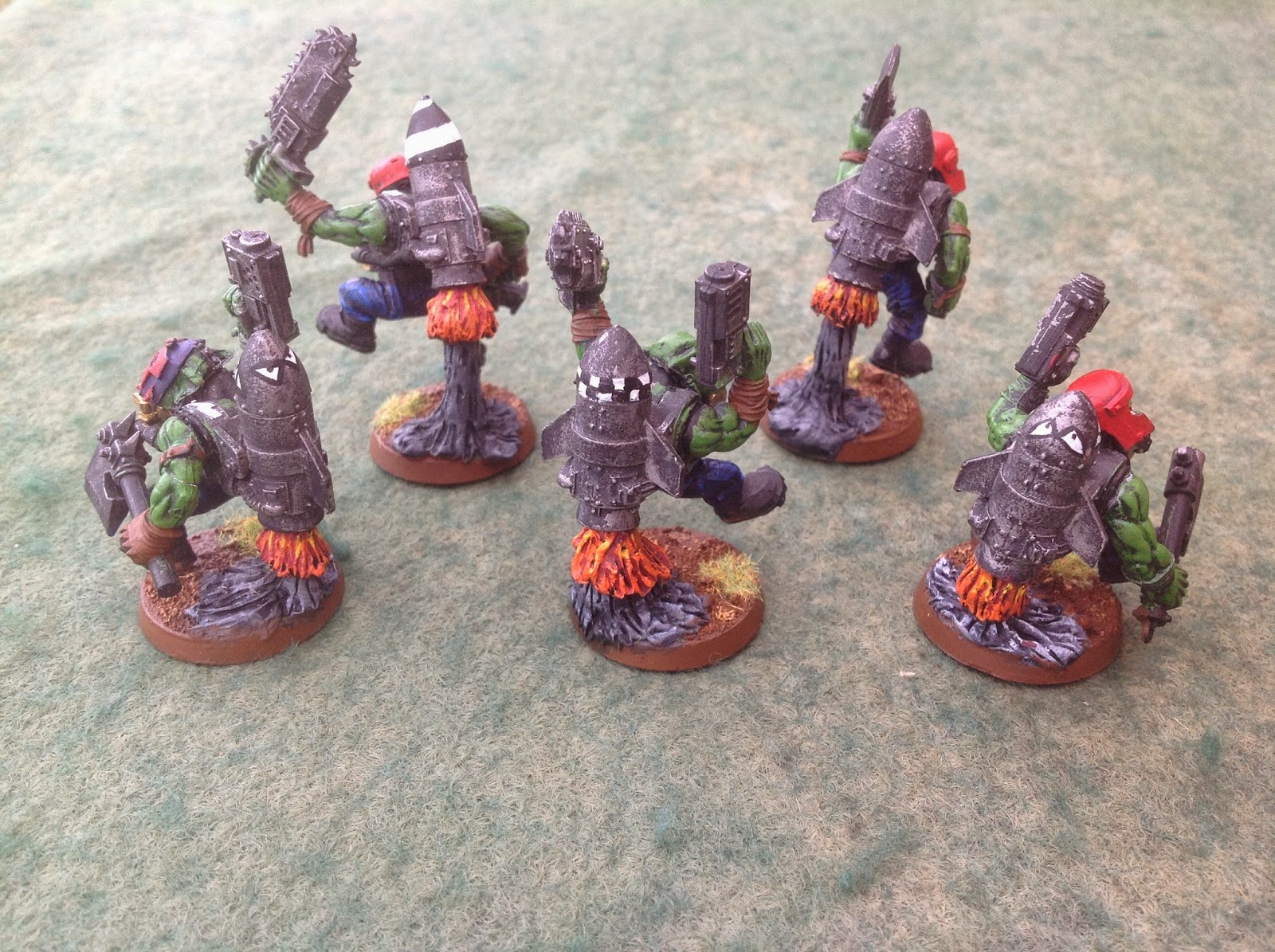 I had great fun with balancing the model especially for the two that are further from the ground. I just love the ways the legs are dangling in the air.

I had a few goes at painting and again I just failed to get the flames looking anything like I wanted. I had another go this week and I am much happier with he results. I went for a dull red with an orange highlight and then a few streaks of yellow. From a playing distance its not half bad. 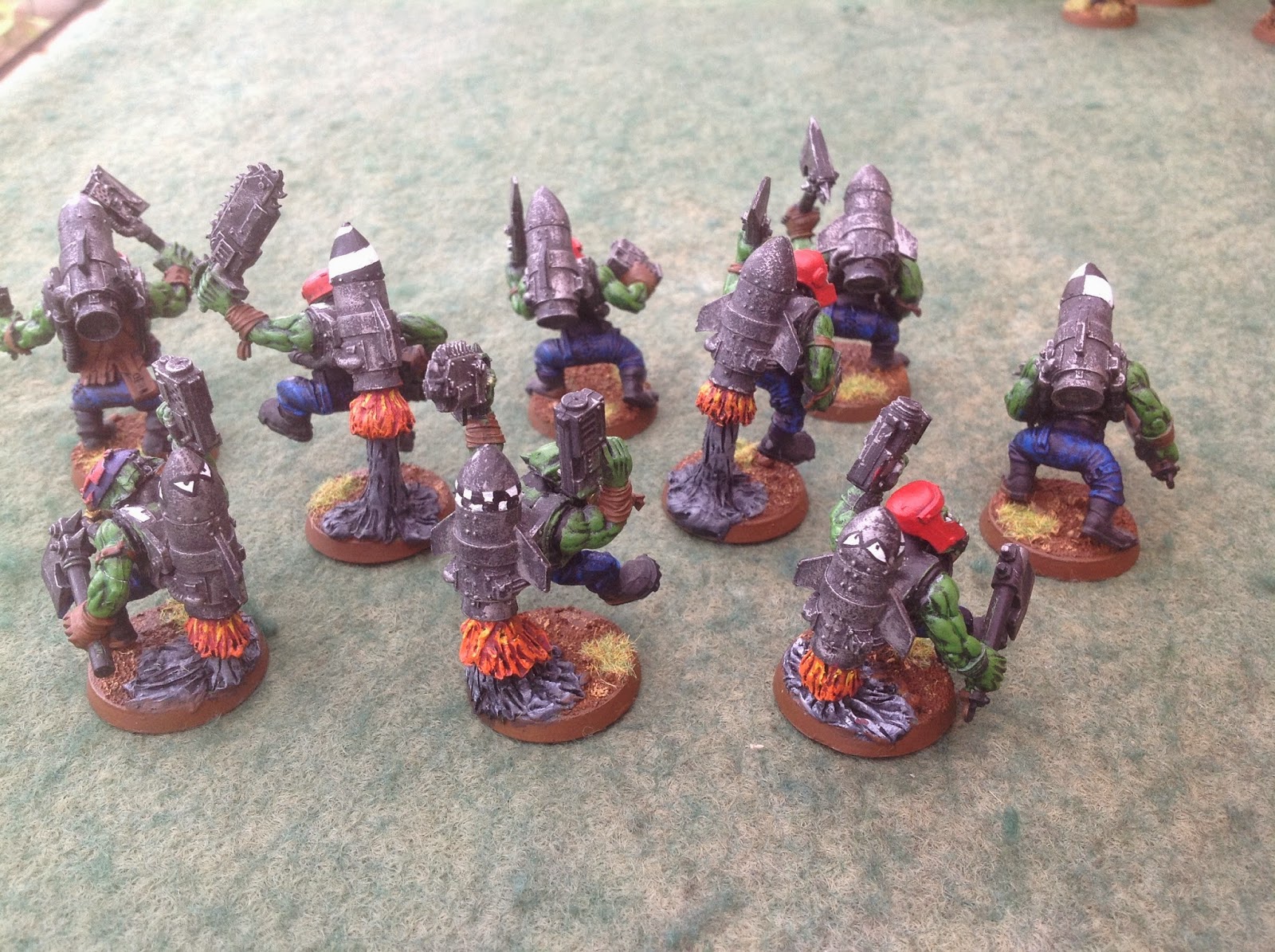 And it just goes to prove that Orks can fly! So watch out - there could be one landing near you ;-)