A few days have passed and I have had a chance to ponder the big battle on Sunday.

Did I keep to the plan? Zagdakka pondered .... while kicking back with his new Painboy 'drug dealer' beside his wheels ;-) 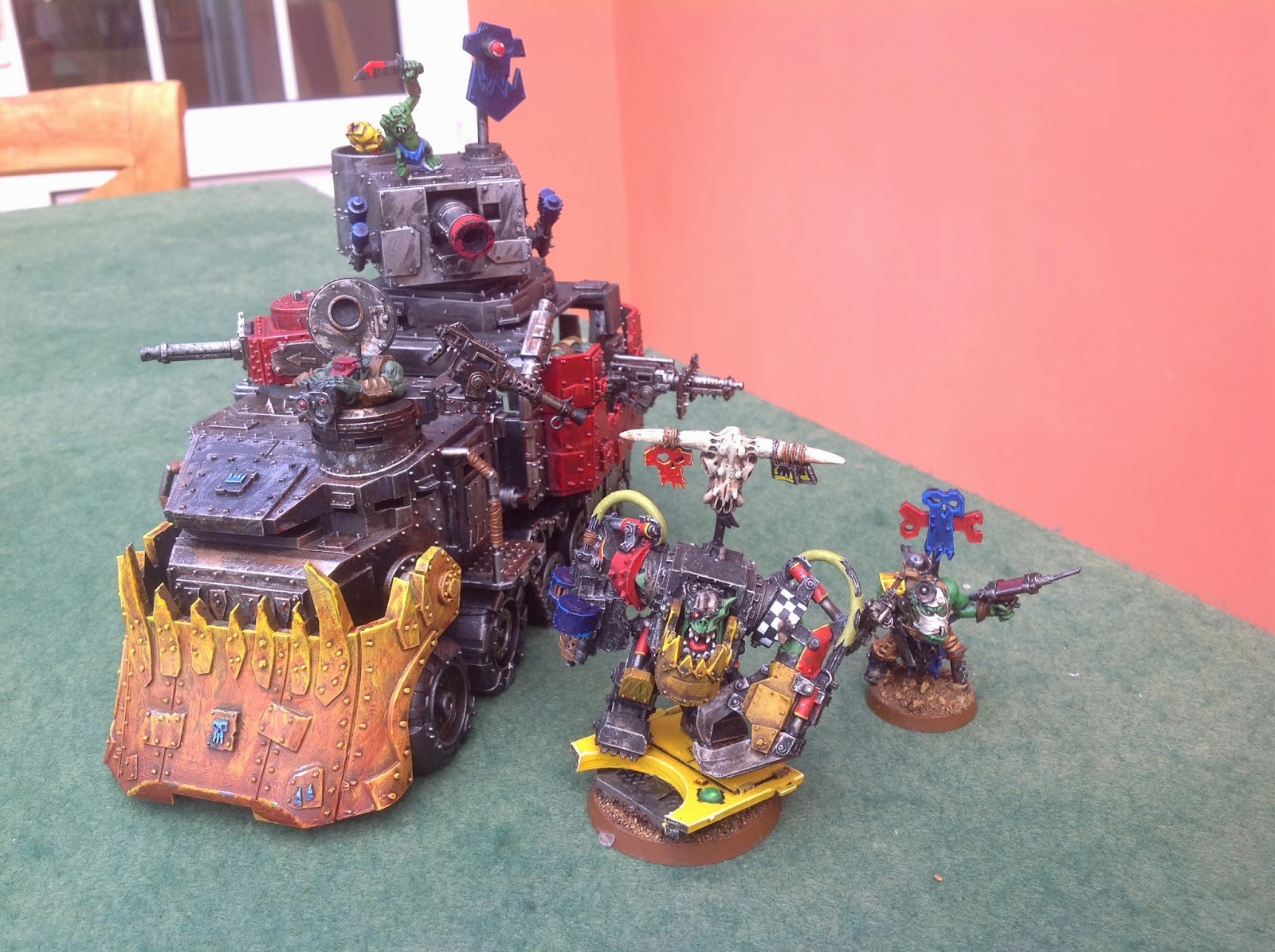 Well now - I treated the Obliterators as potential 'shooty & choppy'. I shot them with the right weapons Killkannon and Power Vomit but they made some saves and in the end my Warboss Zagdakka chopped 'em up. Relative success. They did some damage in between times though.

I attempted to 'chop the choppy' when I launched my Waaagh at the berserkers. That was stupid. I tried to 'chop the choppy'!! Not only that but I played the Orks with T3 not T4 and forget to use Furious Charge which would have added +1 to their Strength. I let my Boyz down badly there! and even worse, complained about how fragile they were - I owe them another chance to show me what they can do! Eventually I 'shot the choppy' using the Killkannon and that worked as I took out some of the Iron Fist HQ.

I 'chopped the shooty' when I attacked the Noise Marines with my HQ and that was very successful indeed. My error was that I should have recognised the peril I was in once they were dead. Charge multiple units should have been the tactic. Lesson learned for the future!! Assess the medium term risk.

My Mega Nobs and Warboss chopped up the Chaos Marines and made short work of them so I reckon that is another 'chop the shooty' success.

My 'shooty' Warbuggies and Tankbustas struggled to get in on the action. The Tankbustas took out a Rhino which provided me with much needed cover - a real result. I am liking those Bomb Squigs - they did the business. I think that the buggies need more numbers to be effective. BS2 is just very low even when the Rokkits are Twin-linked.

The Tankbustas fired out of the back of the their Trukk but they were as pin pricks really. They survived to the end only because they were never the number one threat. I played them poorly I reckon!

The survivors were few enough. 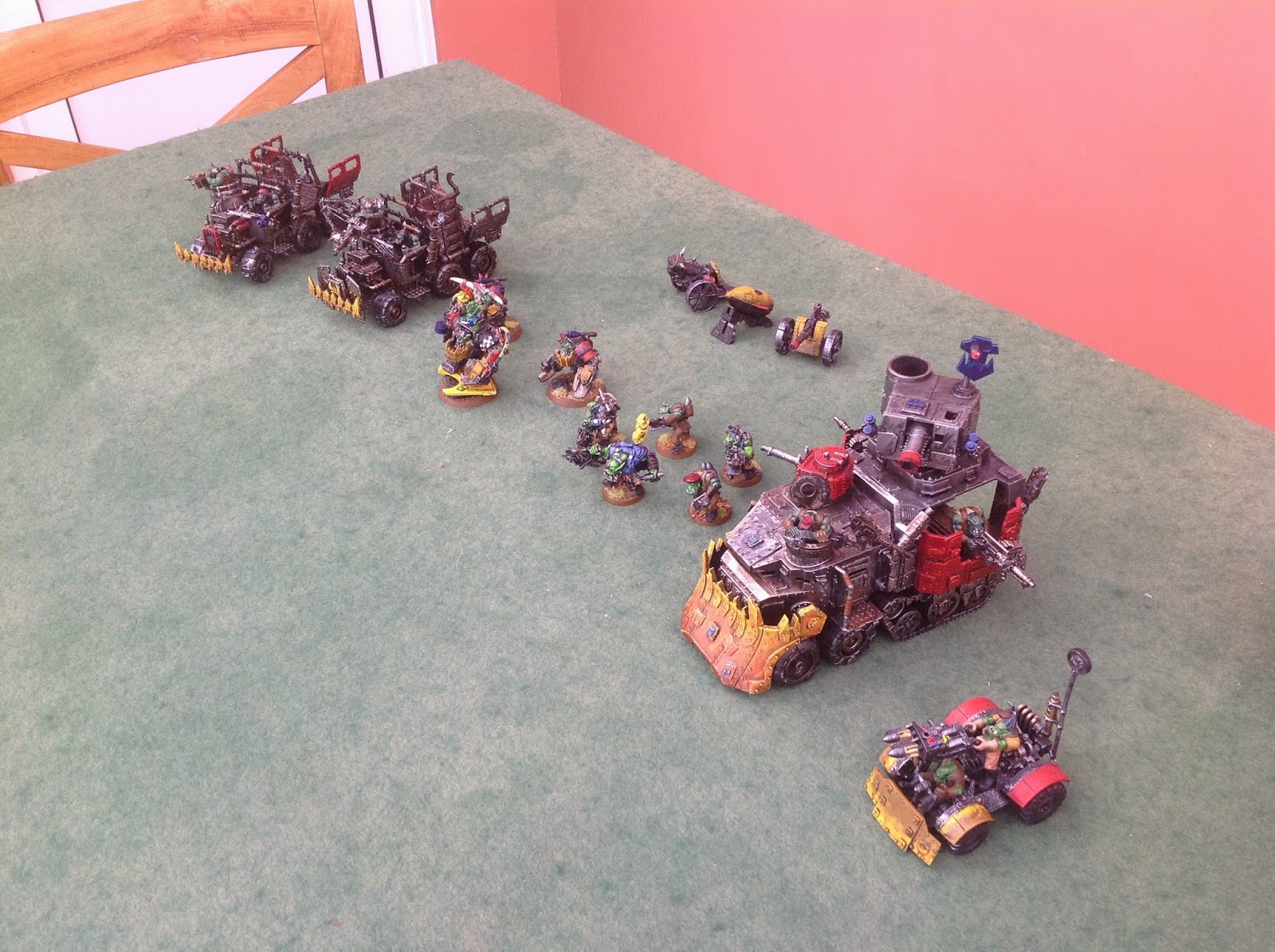 But 'enough' is the operative word here. I was fully committed to the objective. I was not distracted and played ultra aggressive!! It is the Ork way and despite my playing the Orks too soft we got there in the end. I liked my 1500 point Ork Army choice and on another day it would have played much differently.

The Dark Templar has reviewed his own performance, a little harshly I feel. It was a battle that was very much in the balance. He spanked me good and proper in the early rounds.

2500 points is the next outing and I am looking forward to it already.
Posted by Bullcher Feb at 06:18