The truth is that when it come to killing Space Marines you need to consider their armour save of 3+. If you intend using weapons with AP4 you can expect that two thirds of the hits will be saved but if you can find yourself using AP3 weapons or better then you radically increase your chances of a kill as there will be no armour saves at all.

A BS of 5 means that one off shots need volume or re-rolls so twin linked is good. Blast templates are great and the bigger the better. Its also good to be using Assault weapons as Ork units will be typically on the move. The main focus is to get into combat where decent WS statistics can really count. 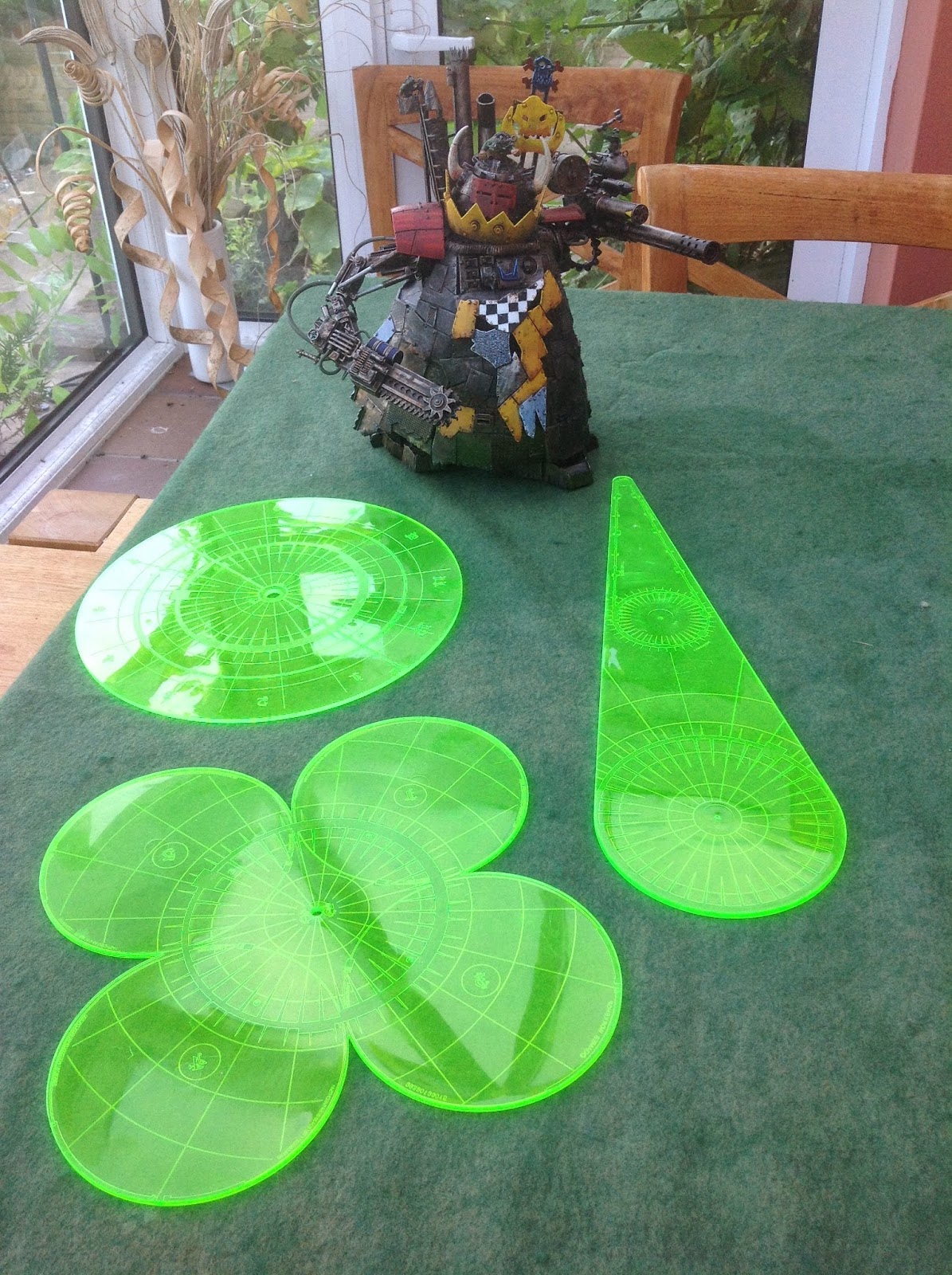 And just look at the size of some of those templates. How many Space Marines could you take out under the Massive Blast of the Deff Kannon? Me oh my - how I would love to find out, in a game!