I have been looking at HQ choices for my orks. This was usually a dull affair and previously I kept the spend here to the bare minimum in favour of taking lots and lots of boyz.

I learned a big lesson at a tournament where I took a Warboss and some Nobs, put them all in a Battle Wagon and lost the lot due to a special rule that allowed skidding. Some zany dice rolls meant that I skidded off the board just as I was about to kick some Dark Eldar butt! I will never forget it!

With HQ in mind - I felt like having some fun today so I revisited my Ghazghkull model. In the past I have taken a Big Mek as my HQ choice and sometimes in Mega Armour. I had scaled down the Ghaz model to suit this purpose, putting him on a smaller base and removing his iron gob. I was trying to make him look smaller.

Today was 'reconstruction day' so that the real Ghazghkull could bestride the field of battle once more. 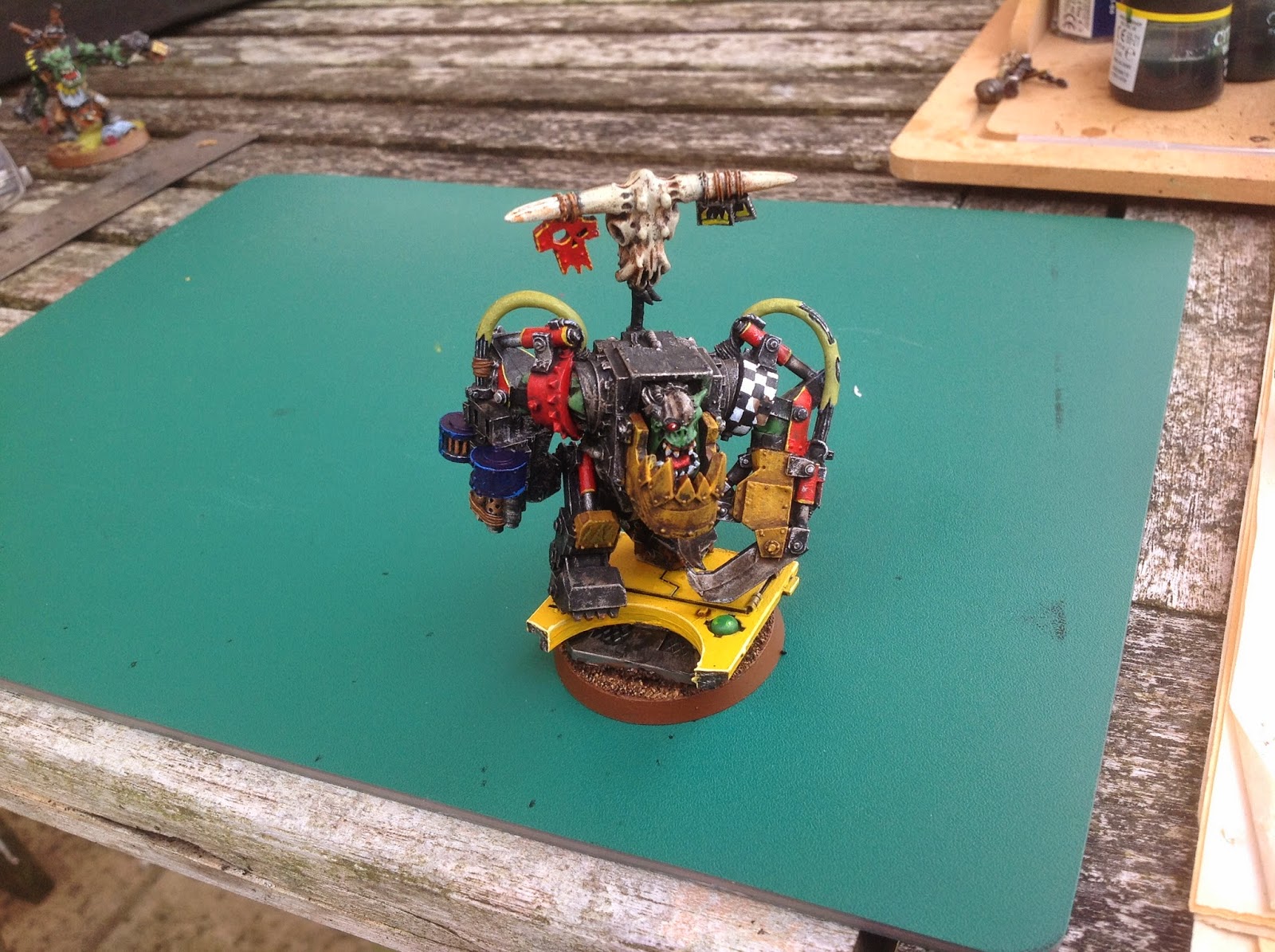 Needless to say I first looked to his base. He needed something trophy like. Well gosh and golly it seems he has found an Imperial Fists Rhino to jump up and down on - how could that have happened? Naughty Ghazghkull!

I found his Iron Gob and reattached it and then did some work on his paint job. He is starting to fit right in! I have kept the yellows different for emphasis. The ork yellow being quite dirty whereas the Iron Fists yellow is brought forward to an almost white highlight. I think it sets him off magnificently!!

At 225 points - do I dare contemplate bringing him to the battle??
Posted by Bullcher Feb at 08:30