All Hail the Conquering Undead

It has been coming and today saw the Dark Templar do 'the business' with the Gravesend Gutchewers. A lot of research had been done and his 'new look' side with 4 ghouls proved to be a force on the Blood Bowl table. It was a hard fought encounter, very tactical and the Undead snuck out with a 2-1 victory. 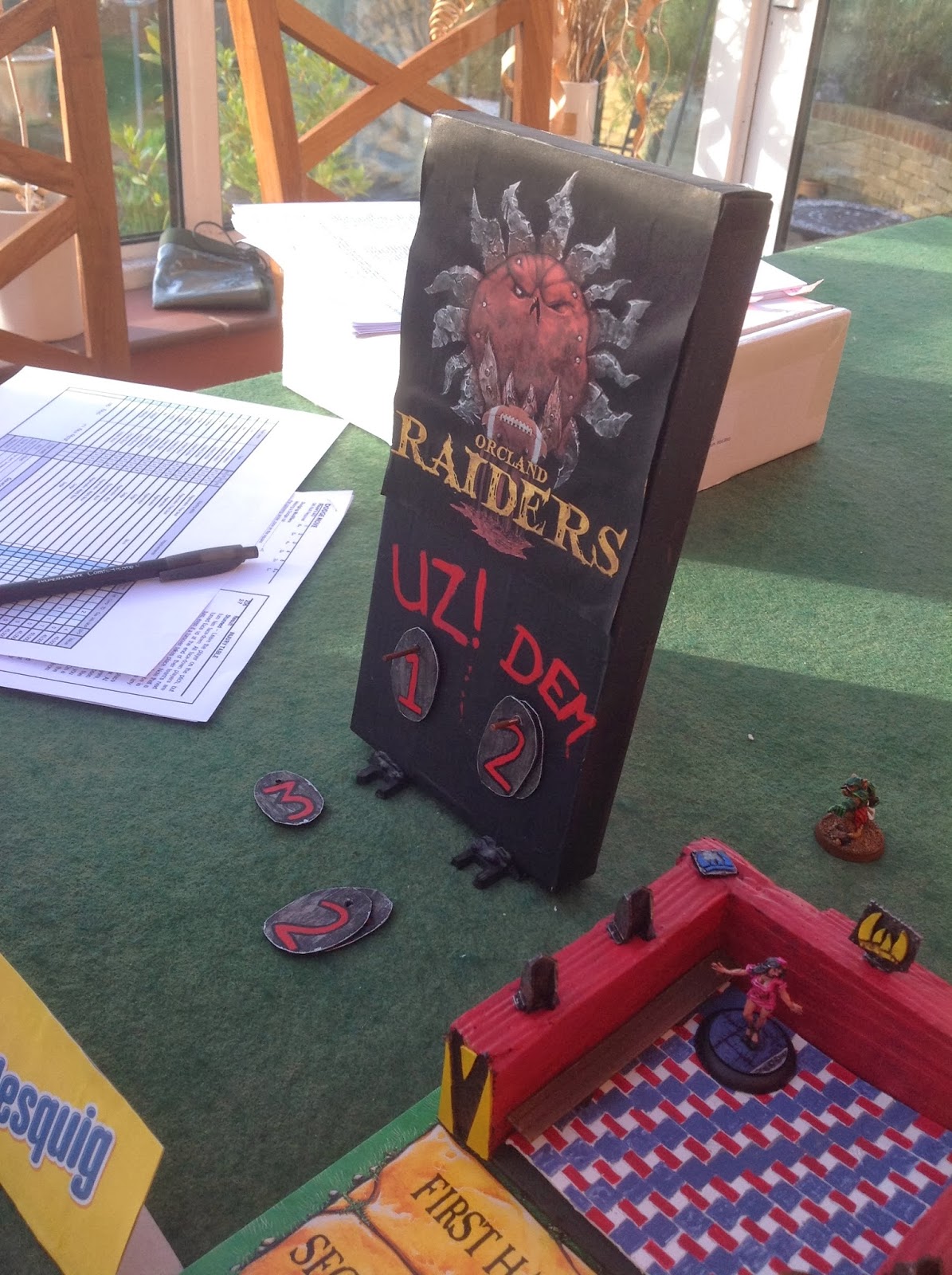 I thought I had done enough in the second half to get the draw but it was not to be! I applied so much pressure that I got the ball back with 3 turns to go. It was amazing. On the final turn I only needed to make two 3+ Dodge rolls to make it into the end zone where I would be open to receive the scoring throw but even with my re-roll I failed, tripped up and fell flat on my face. So cruel! So Blood Bowl!

I was present at the game in the form of my new 'coach' model. Very funny - on the touchline, pointing out what needed to be done. I even intimidated the ref, I think ;-). No sendings off this game. I also used Maximus and the Rat as 'Turn' and 'Score' markers. I do love Maximus! 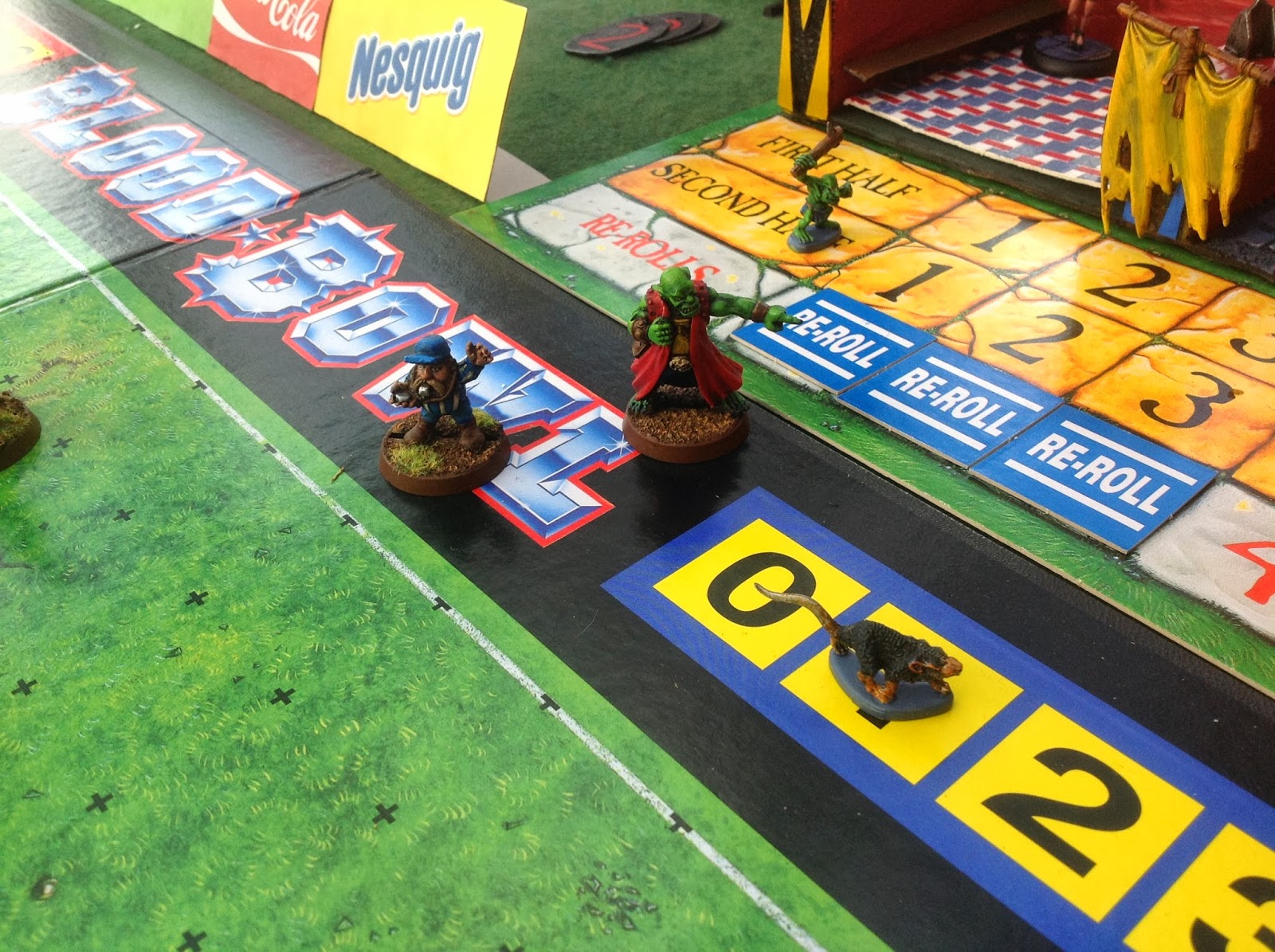 The new terrain was looking good. Both Dugouts in place and the Scoreboard. It really added to the atmosphere. (Obviously - you have to ignore the mug of tea and empty glass of diet coke and all the paperwork) 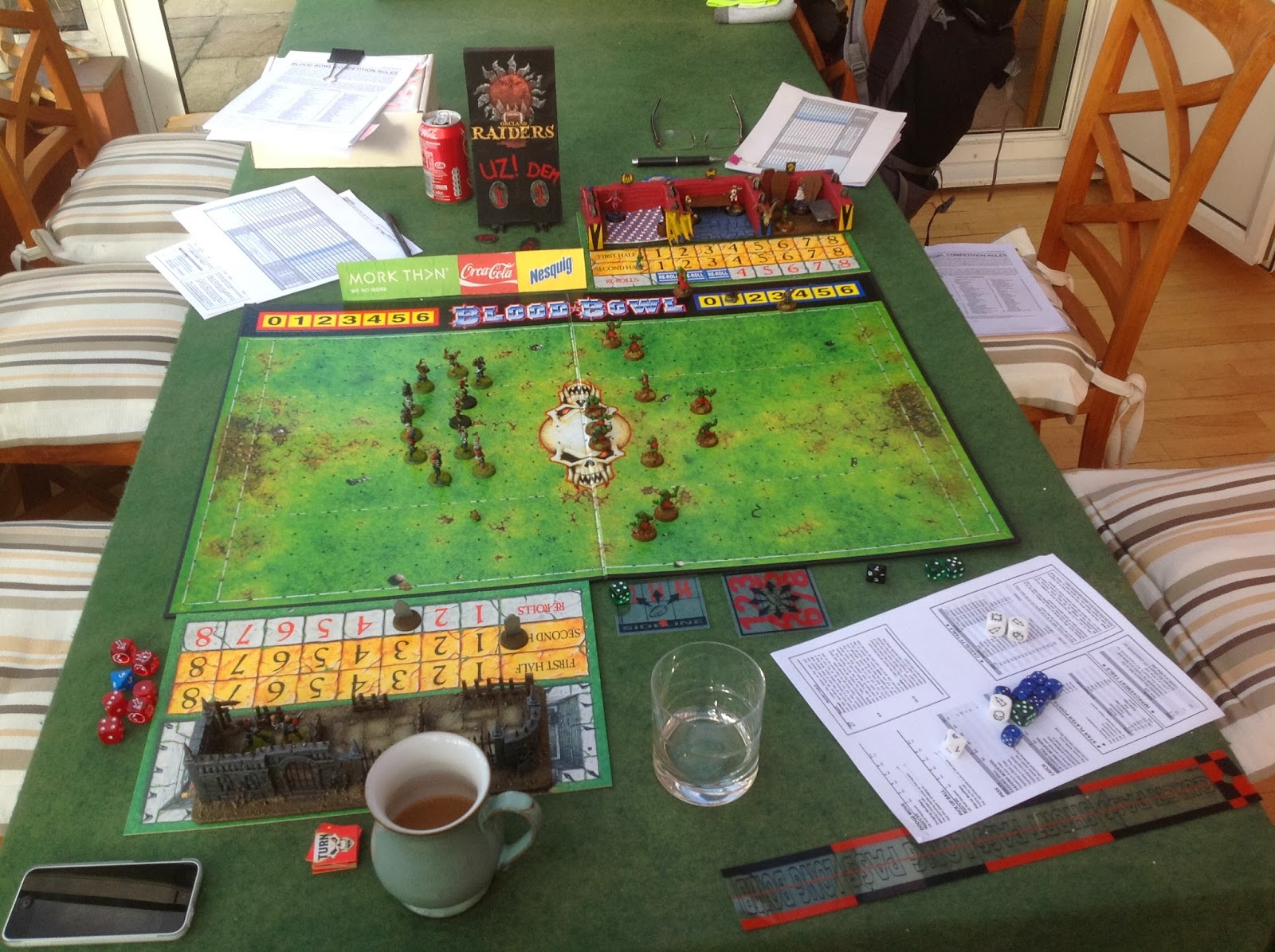 On the up side I rolled a double 5 for a new skill on my Skaven Blitzer so I can pay a visit to the mutation table. Horns looks a likely candidate and this will really set 'Bubonost Tumor' (I think we will call him 'Bubo' for short) up well for the next game. I can add '1' to his strength when I am Blocking. This will mean that I can have a 2 dice block when one to one with most players.

During the game my Apothecary saved Plagric - my skilled Gutter Runner - that was a real plus. Money well spent!

However after a manic second half with me going all out to get the ball from the Undead cage I finished the game with three in the 'Dead' zone. My Thrower, a Blitzer and a Lineman. 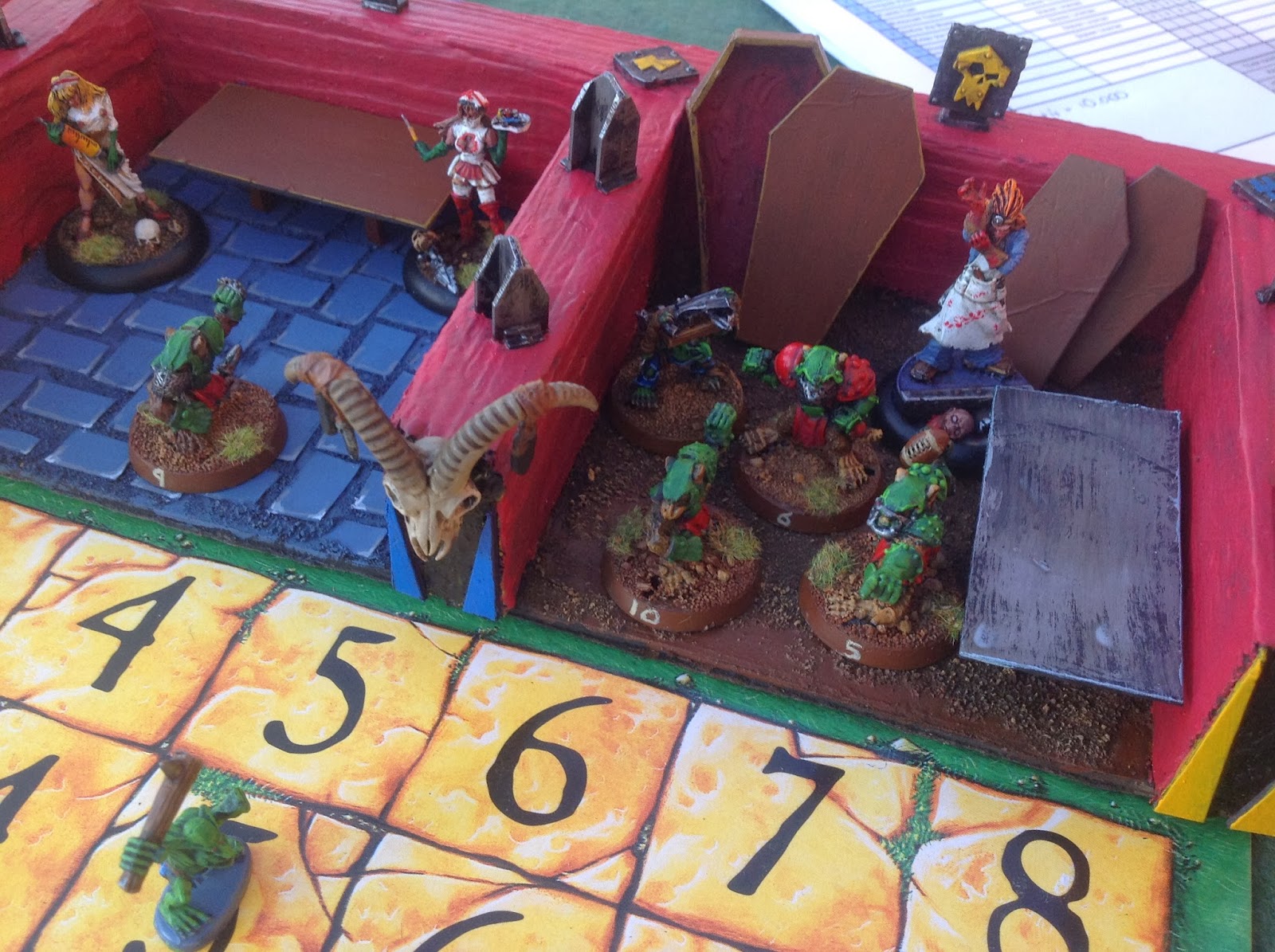 I was fearful that this could do some lasting damage but Nuffle (and McMouring) looked after me and only the Linemen will miss the next game. I only rolled a '1' for cash so I can't afford a replacement at this point. It would have been much worse if the Blitzer or Thrower was missing. So small mercies and all that ....

However I did get a point of 'fan factor' back. I am now back at 5.

It was a fantastic encounter. Hats off to the Dark Templar who did what was needed to win. This can be tough but he had learned a lot during the early matches and he applied the learning here!! As it happens, I have learned much from today. I now know how to go after the 'cage'. I was particularly effective in the second half - I just need to be brave and 'go for it'!! The Boomtown Rats can do it!!