An image to strike fear into very souls of the opposition. A new brand is born. (or is that franchise?)

The Orcland Raiders are here and very much in your face.

It has been a busy Christmas on the gaming front. The Blood Bowl has been first class entertainment. I have had great fun growing my squad of Orc's. They were only a few in the beginning. And they lacked colour and personality. 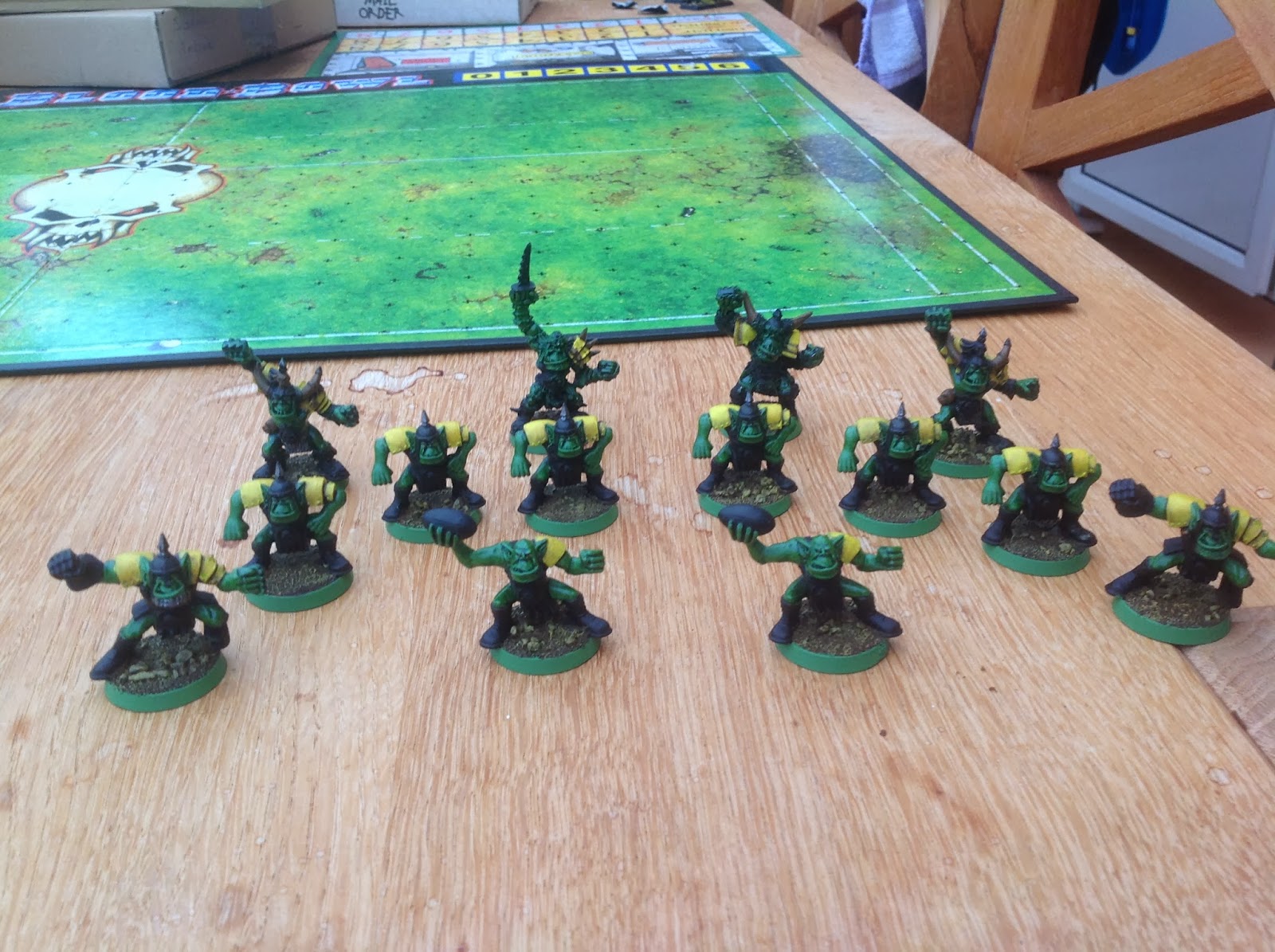 I added some reds and blues to the colour scheme and applied lots of 'wash' to give them that dirty, 'lived in' feel. 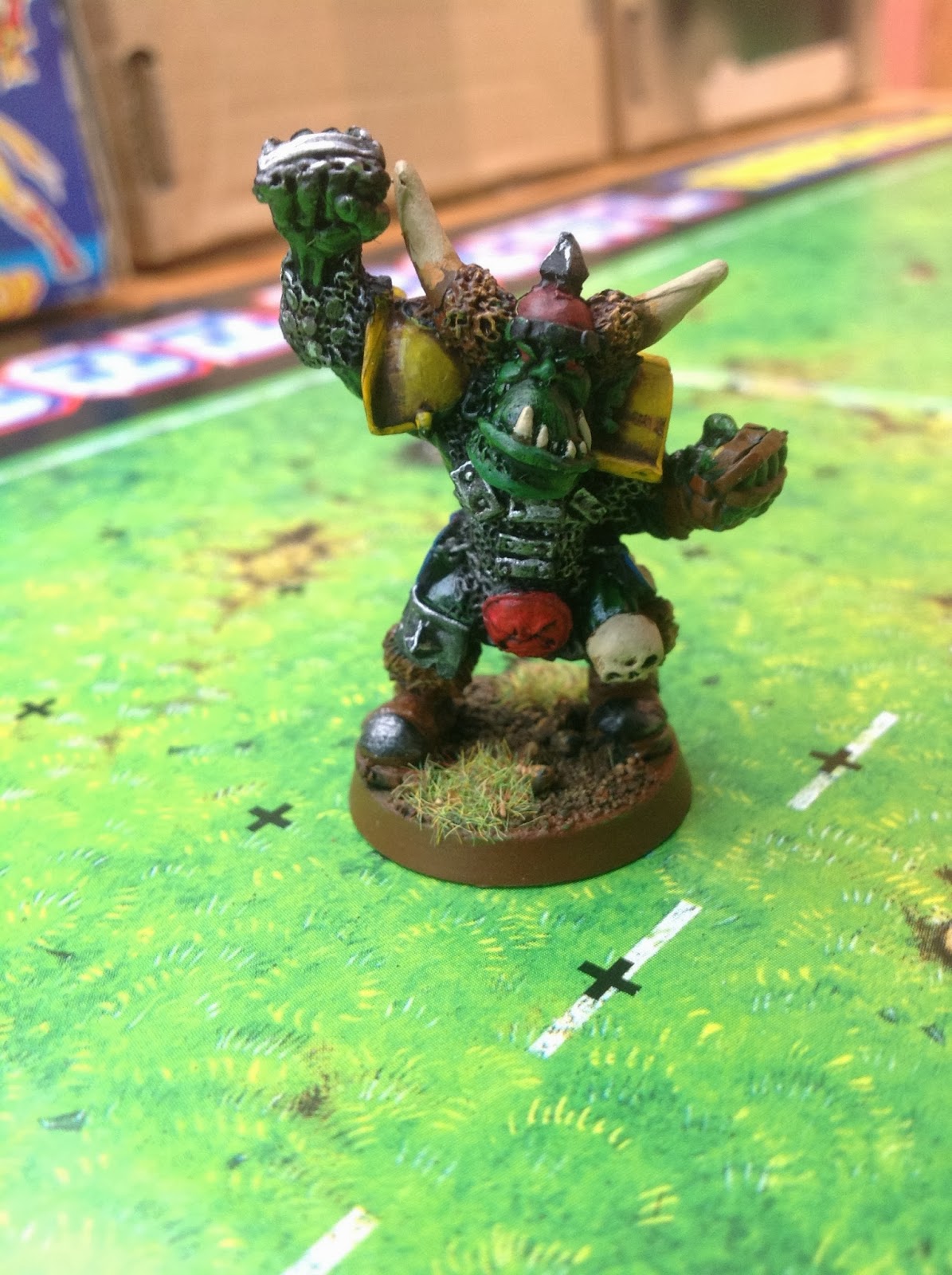 Next I paid a visit to ebay. I needed some more Blockers, Blitzers, and a Troll. Highly successful, I got an entire team for £16 including postage. A real bargain! 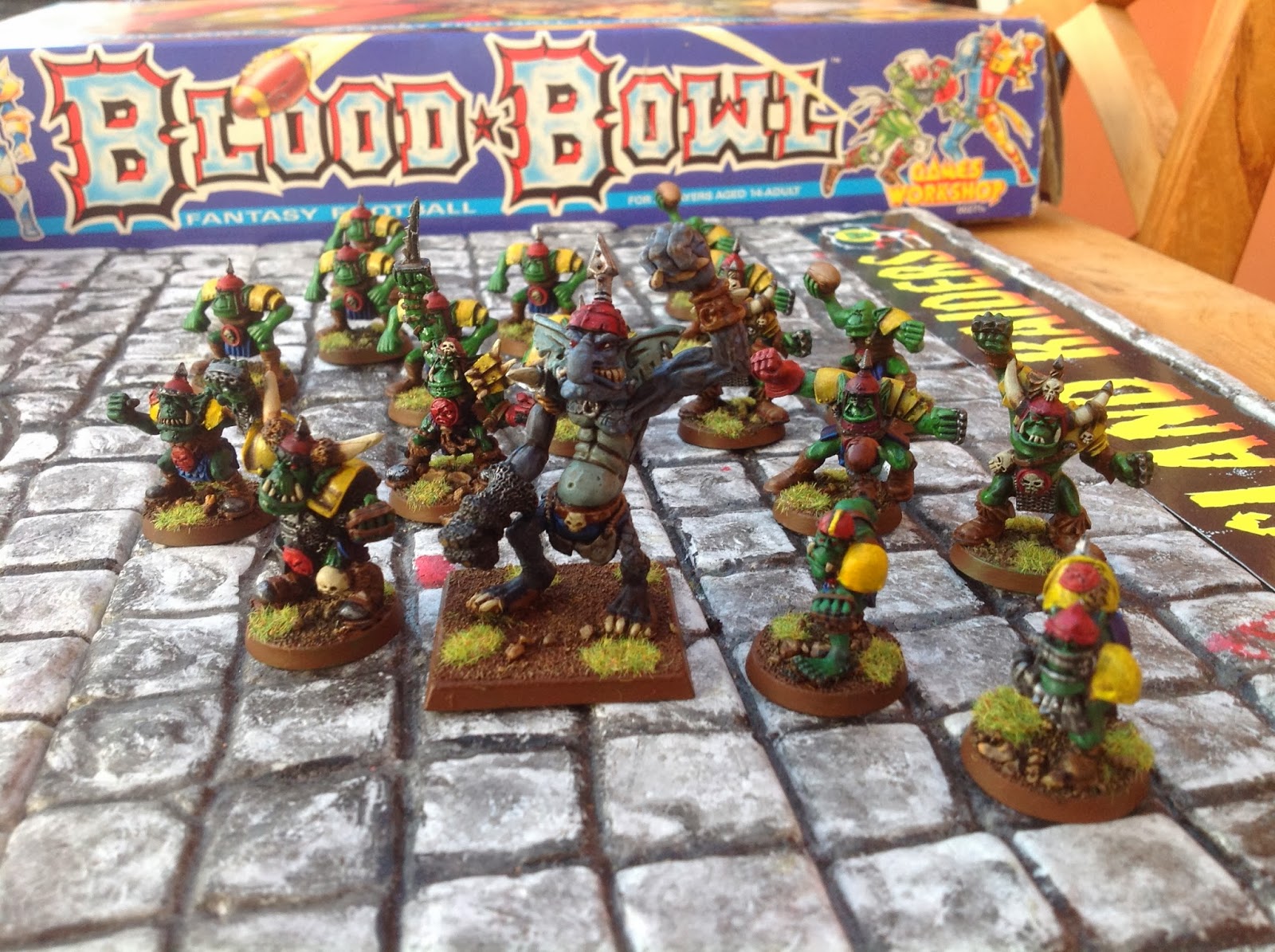 Da Boyz were starting to look like a team. I needed a goblin and a visit to my 'bits box' allowed me to scramble together what I needed to construct a suitable model. This got me thinking about the Orcs them selves. My team had three identical Blockers, it also had three identical Blitzers. It would be nice if they were different. I had a look around and discovered the Warhammer Savage Orc plastic box set. Fantastic models that oozed personality. I love the open mouth posing. 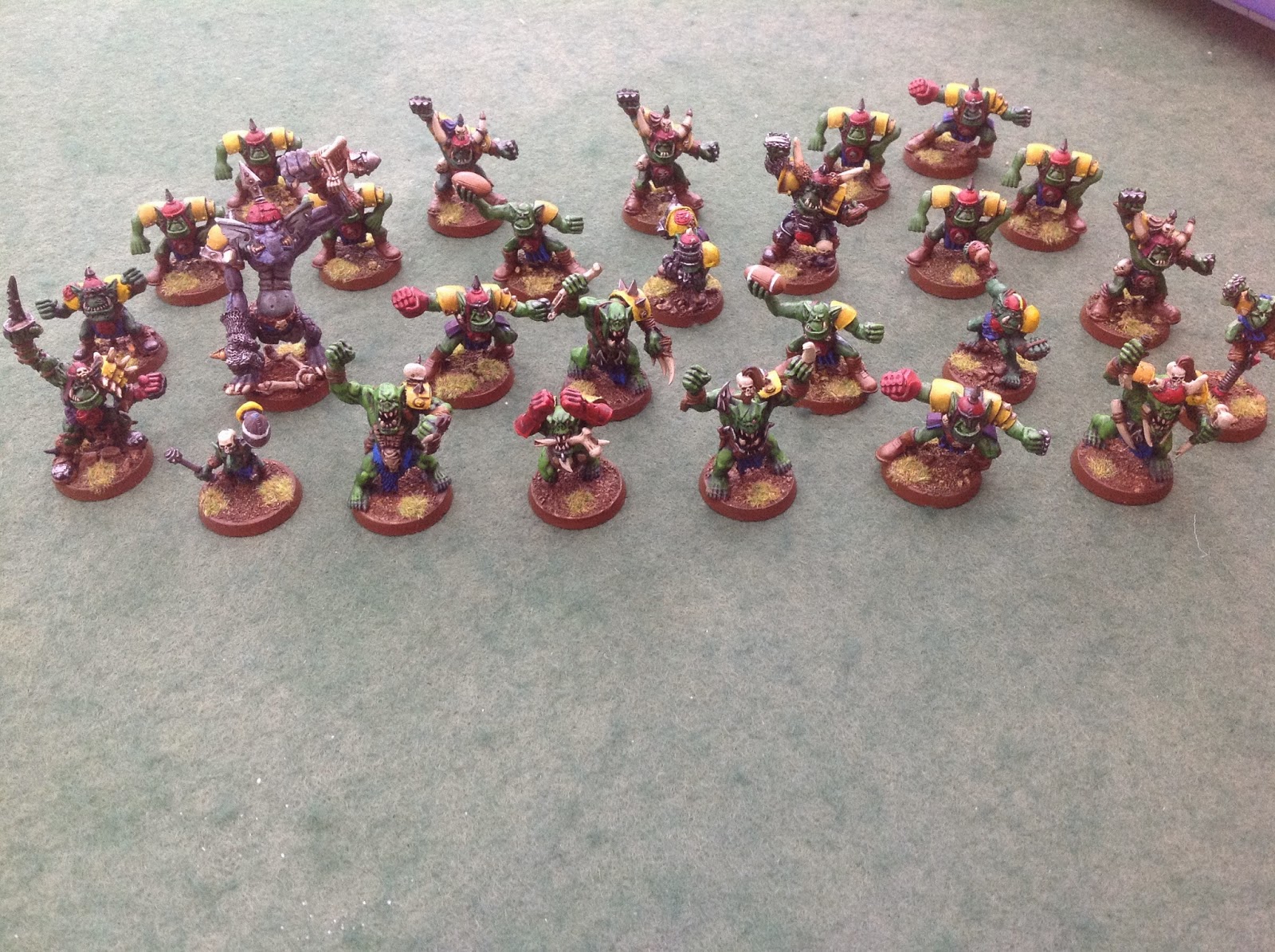 I am still working on the new Blitzers but overall a great gathering of orcs.

The team grew over the course of three games of Blood Bowl and this has allowed individual heroes to emerge. Yakstick the Goblin was the super star of game one. My Blitzer Karfu and Blocker Vultug made their names in game 2. And finally in game three Karfu became a rampaging beast, Vultug made an unbelievable interception and Blitzer Pergu, number 11, scored two touchdowns.

Thanks to the Dark Templar for the new Orcland Raider brand. I feel the need for cheerleaders and banner waving fans!!
Posted by Bullcher Feb at 23:48