Skilling up a Gutter Runner

We had a great game yesterday. Fabulous fun. See the Dark Templar's battle report here The outcome is that one of my Gutter Runners, Plagric Carbunkle, has a new skill. Seen below scoring a touchdown. 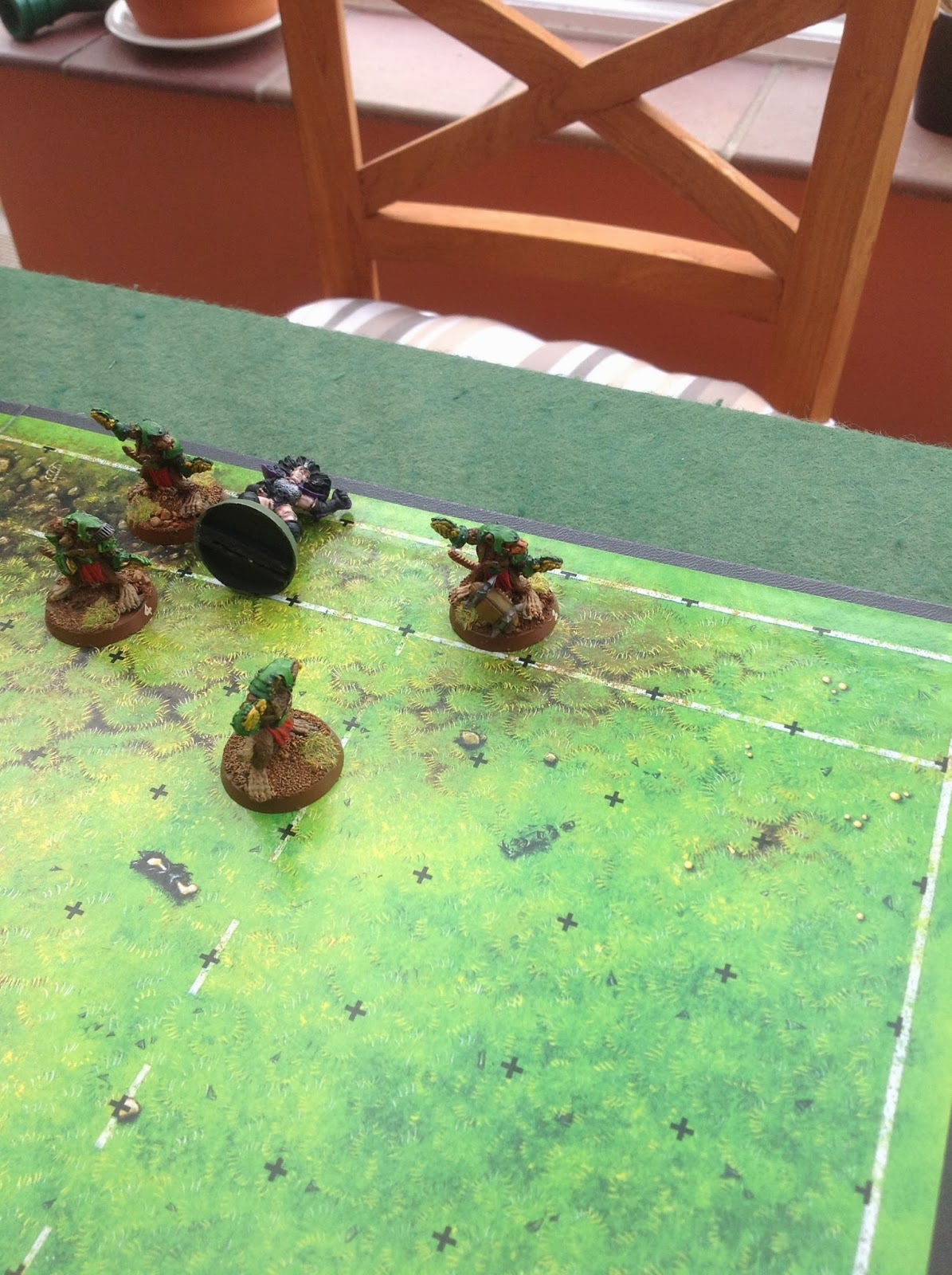 I have done a little reading and there is a lot of mixed advice about skilling up. The Gutter Runners have access to General and Agility - doubles give access to Strength, Passing and Mutation. Some of the mutations look good - Big Hand - yum. Ignore enemy tackle zones when picking the ball up... I love the idea.

My own thoughts are as follows: -

1. Sure Hands(G) - When my Thrower went off during the game I became anxious about my ability to the pick the ball up. I think that it would be good to have a second player in the team who can perform this action. Sure Hands gives me a free re-roll when performing that action - and rerolls can be 'gold' in this fickle game. I think that Plagric could also be the one to follow up when I successfully force a bouncing ball. With his MA of 9, he could nip in with a good chance of picking the ball up and be away - quick as a flash.

2. Block (G) - This is another option. The Gutter Runners are not in possession of good armour thudding make them susceptible to injury. Anything that prevents them being knocked down and taking armour rolls has got to be good. The Block skill would be very helpful in that regard.

3. Wrestle (G) - This kicks in when 'both players down' is rolled. Here players are placed in the prone position but no armour rolls are made. Also there is no turnover. So again this is protection from making armour rolls.

4. Sprint (A) - This has also some potential. The 'going for it' opportunity is increased from 2 to 3. So that is an MA of 9 plus a potential 3 further squares = 12 in total. If that could be combined with 'Sure Feet (A)' giving a reroll when 'going for it' then the odds shift towards its regular use. But would I need it that often? They are very fast anyway.

5. Catch (A) - This gives a reroll to when catching the ball. It also applies to handoffs and interceptions. That could be great. This would allow Plagric to be used as the main receiving target down field or he could be the one to stick with the Thrower and then when the time is right accept a hand off before setting off for the end zone. When defending I would look to be in position to intercept. Imagine this with Pass Block (G) when you can move up to 3 squares to a position to intercept - with a reroll!

The main advice seems to be that each Gutter Runner should be advanced differently and as always spread the SPP's around because with that low armour you might just die!

There are just lots of options. As usual all thoughts and advice gratefully received.
Posted by Bullcher Feb at 01:29