After the first few 200 rep games we recognised that we really needed to be playing games of a higher value so that we could introduce some of the 'big boys'. The world of Side Kicks and Free Agents awaits. We have decided that the next Batman Game needs to be played at 350 rep points. We are figuring that this will allow a nice balanced Crew. There will be the ordinary Henchmen and then some characters that will be meaningfully better in terms of base statistics and Traits. The impact should be that there will be more death and destruction and as such more fun!

To this end I got out my wallet at Salute 2015 and added to my Joker Crew. 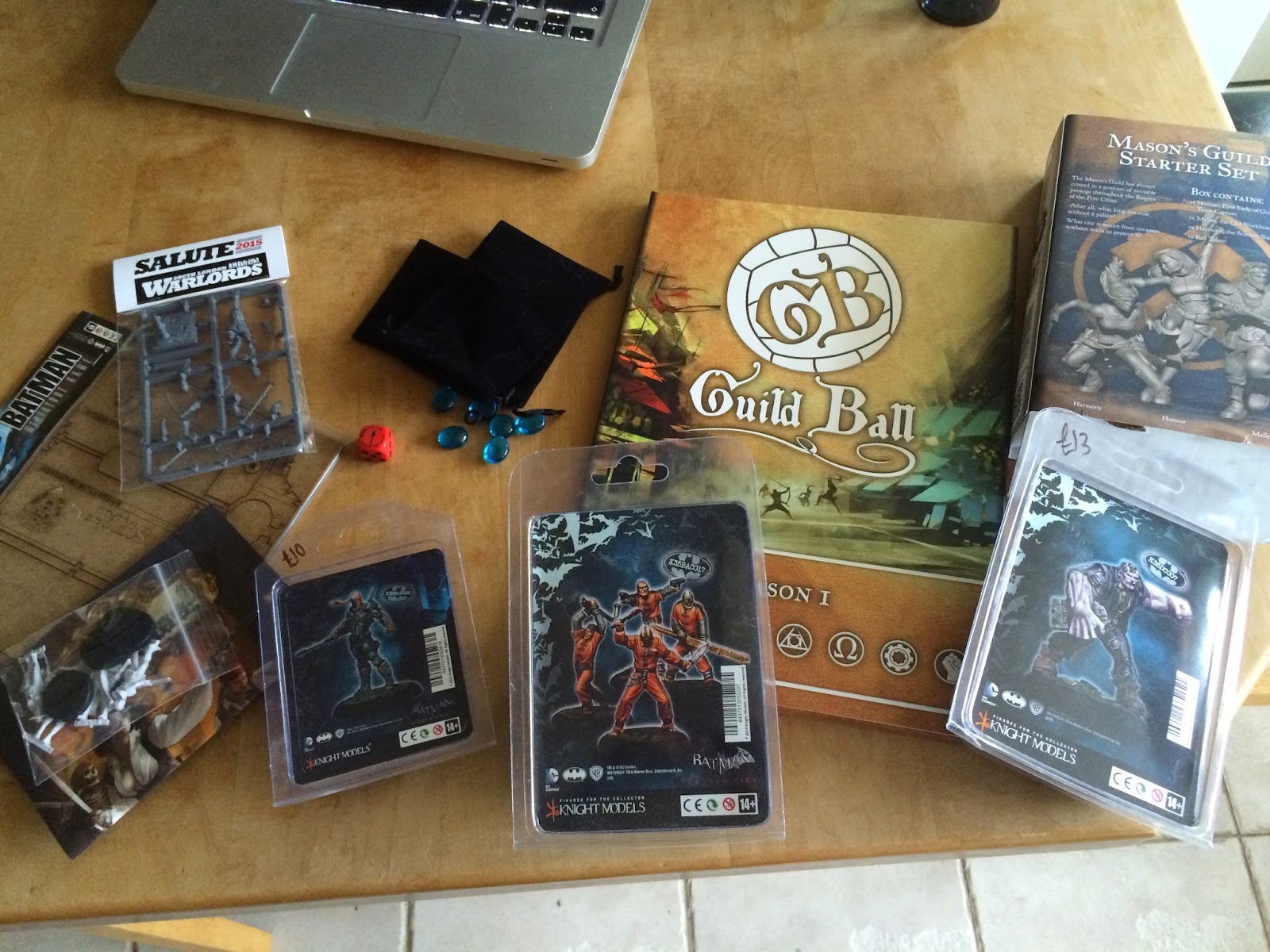 A few of my early lists included one or two prisoners. As I didn't have the models I couldn't make use of them so that was the first purchase. I have noticed online that a lot of Crews seem to include Turk. I will have to look into this a bit more closely. He is a cheap gun and that might well be the reason.

I love the SWAT van that Knight models do. 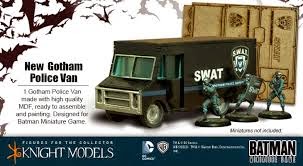 I am really getting along with the whole laser cut experience so I made the purchase. It looks like it will be a bit more complex than anything I have assembled so far and I am looking forward to it. It is also a good size so should play well.

And so to Sidekicks.

He is huge and carrying a tombstone of all things. I hadn't realised what a weighty lump of metal he is. He should be fun to paint and play - a real cop crusher!

At this point I was nearly done and then the Dark Templar drew my attention to Deathstroke. Emmmm - he does look cool and I couldn't resist. 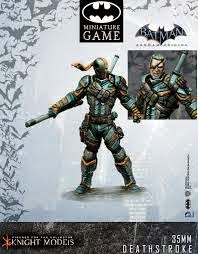 I like the pose. Full of drama and completely different to Solomon Grundy. I figure it will give me some wide ranging options.

I have yet to review the rules - I can safely say these purchases were from the heart.

I rounded out my purchases with some blue gem stones. I already have a load of yellow ones and a few red. We have found that counters are really important in BMG. I even bought a couple of black pouches to hold them in.

My final purchase of the day was a complete foible and very unlike me! We spent quite a bit of time on the Black Scorpion stand. There were some wonderful models. Great options for Blood Bowl and a whole load of other cool stuff. It was then that I spotted some wild west characters. I have felt the whole wild west thing 'knocking on the back of my eye ball' for some time now but have resisted. Today I took the first step and purchased some rather lovely Cowgirls.

They are single piece, resin models and beautifully detailed. I have never purchased models other than for being part of a game that I was playing, so this is a complete departure but I think that they will be a joy to paint. Paint for paint sake - now who planted that seed in my head?

It was a great Salute. Normally we arrive at 11am, go around everything, have some lunch, go around again and  make some purchases and have departed by 3pm. This time we arrived at 11am and left after 3pm having only made one circuit and skipped lunch. There was just so much really cool stuff to stop and admire. A credit to the hobby. Well done indeed.

We were chatting going home in the car and started to think that maybe Kick Starter and the like is changing the people that participate in game creation. Cashflow can be such a barrier to a good idea. It did feel like more good ideas, especially at skirmish level, are being realised. I can imagine that it must be difficult to pitch a gaming idea to big business. They might struggle to 'get it'. However a direct approach through Kick Starter is different. If the idea / concept is good enough to those of us that play and love gaming then we can support directly thus over coming the initial cashflow barrier.

Fill my hands with dice - and lets game!
Posted by Bullcher Feb at 00:48