Salute 2015 - an inspiration and a new project

Yesterday was the annual outing to Salute. I always travel in hope and sometimes, just sometimes you come across little gems that surprise and delight. It makes the day worthwhile. Yesterday was filled with such moments - a great day out.

I found a new game that I have high hopes for, Guild Ball!

We enjoyed Blood Bowl last year. It was pure joy and a pity that it is unsupported. Guild Ball can hopefully provide a similar experience. I watched some of the game play at a couple of demo games and fell in love with models.

The idea is that it is a ball game played between Guilds. Each team has unto 6 players. The Guilds are the Butchers, Fishermans, Brewers, Masons, Alchemists, Morticians and Engineers. These are supplements by a group called the Union. I have yet to read the rules and work out how it really works but it looks in interesting.

My team will be the Masons. The female models called to me.

There was a deal at the event that got me two starters sets (one for me and one for the Dark Templar) and a book of rules for £50. Each set comes with three models which, I am told, is all that is needed to get a feel for the game. 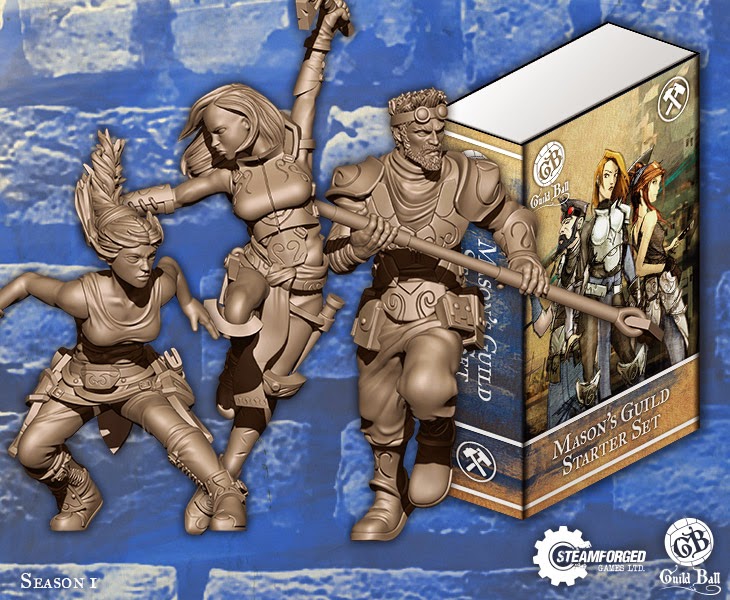 The models are beautiful. I have Honour, Harmony and Mallet. 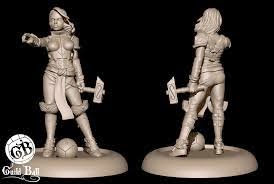 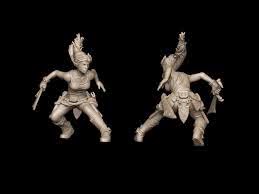 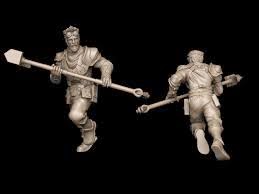 I seem to have an alternative sculpt for Honour but hi ho. The models themselves are metal and have separate arms that will require pinning.

I was also surprised and delighted to find a football in the box.