Let there be light!

The Batman Miniature Game has some requirement for specific pieces of terrain. Each player will place D3 lampposts, each player chooses 3 Objectives of which there are four different types and each player deploys D3 sewer entrances. All will need markers so I thought I would start with a lamppost or two. I will need at least six. 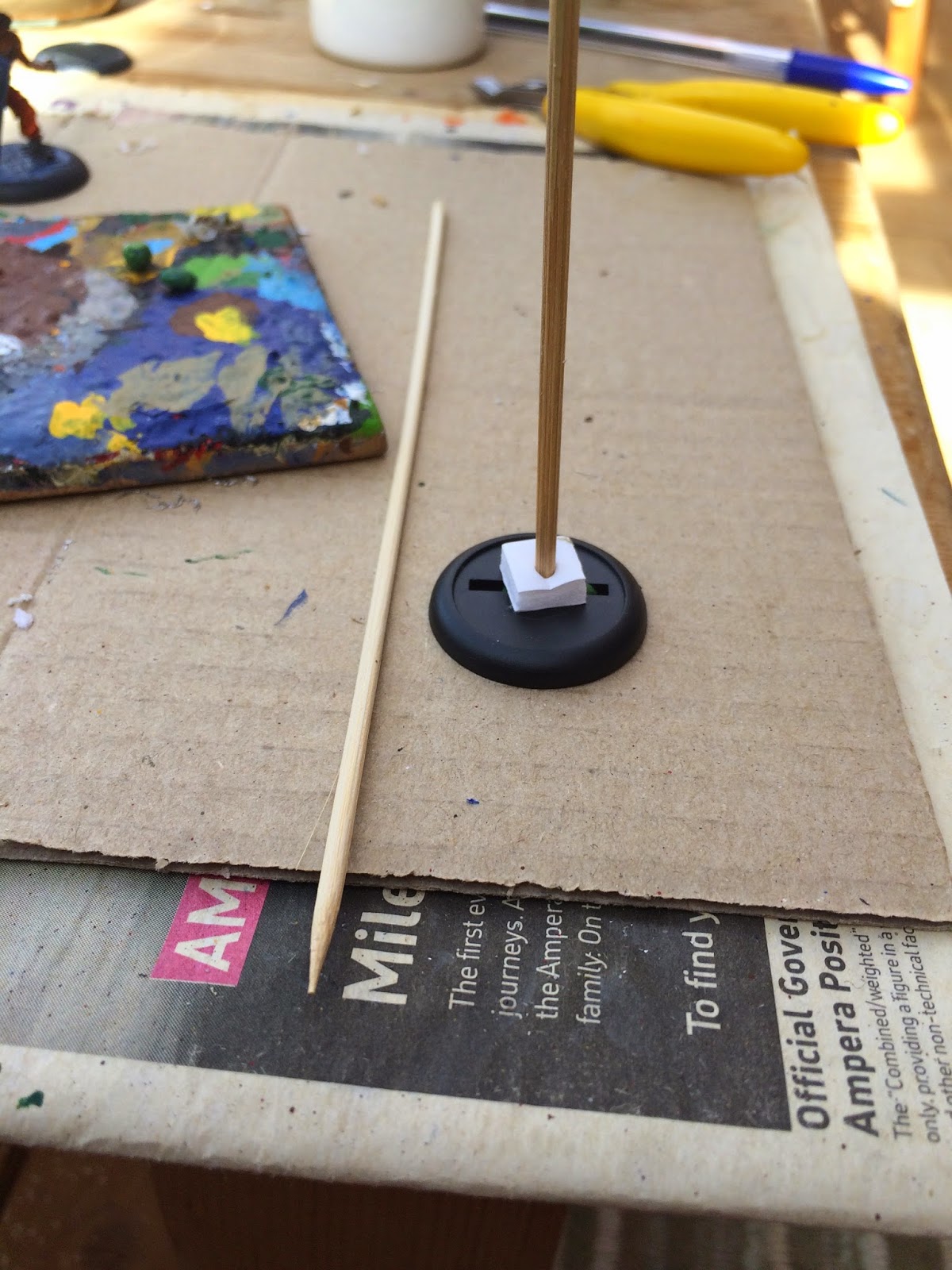 I started with a wooden skewer. I stuck a square piece of foam board to a base and then inserted the skewer through the foam board and into the slot in the base. This was great if somewhat wobbly. To overcome this I used green stuff and metal off cuts to give the base some weight. 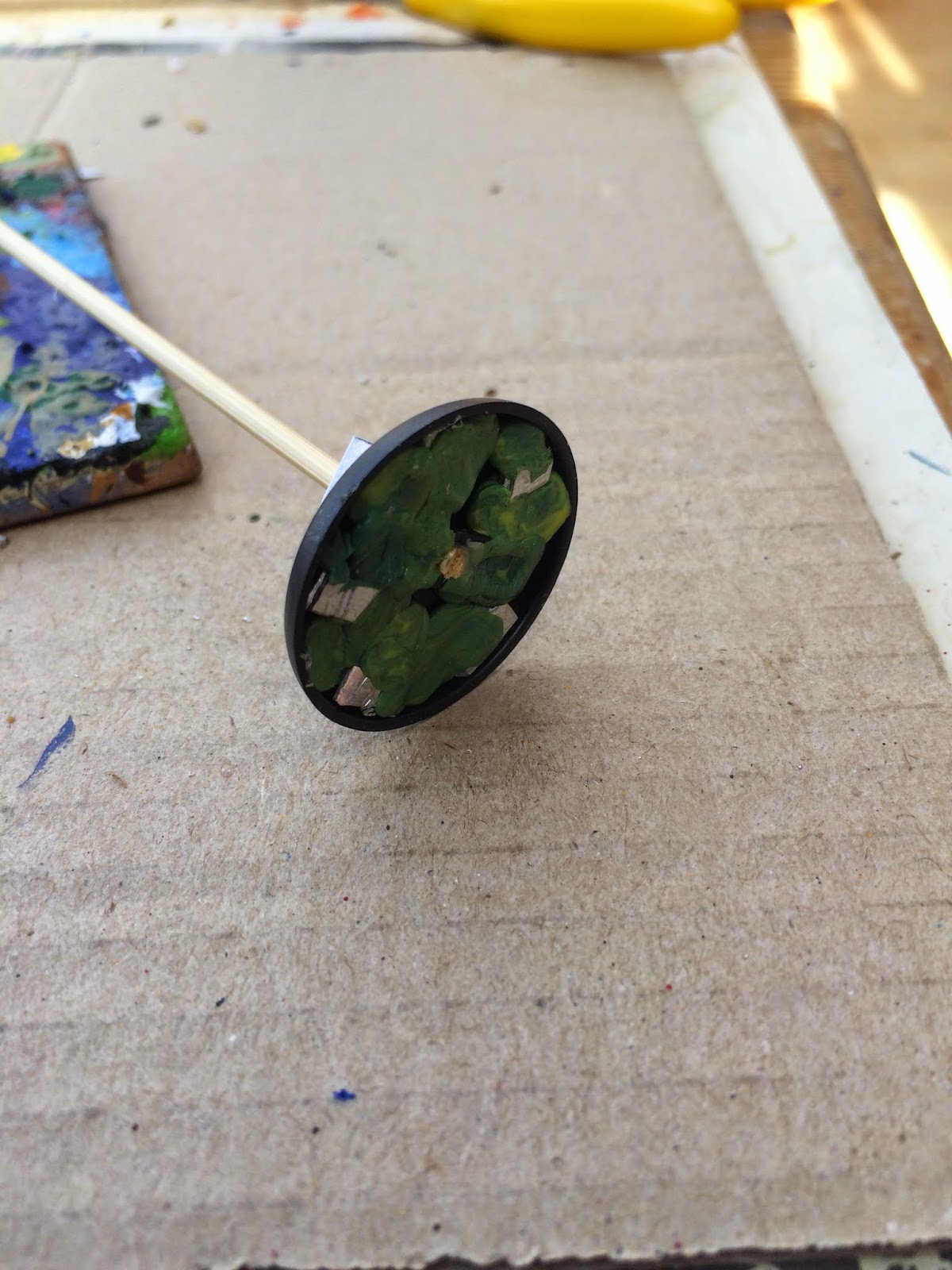 The result was much more stable. 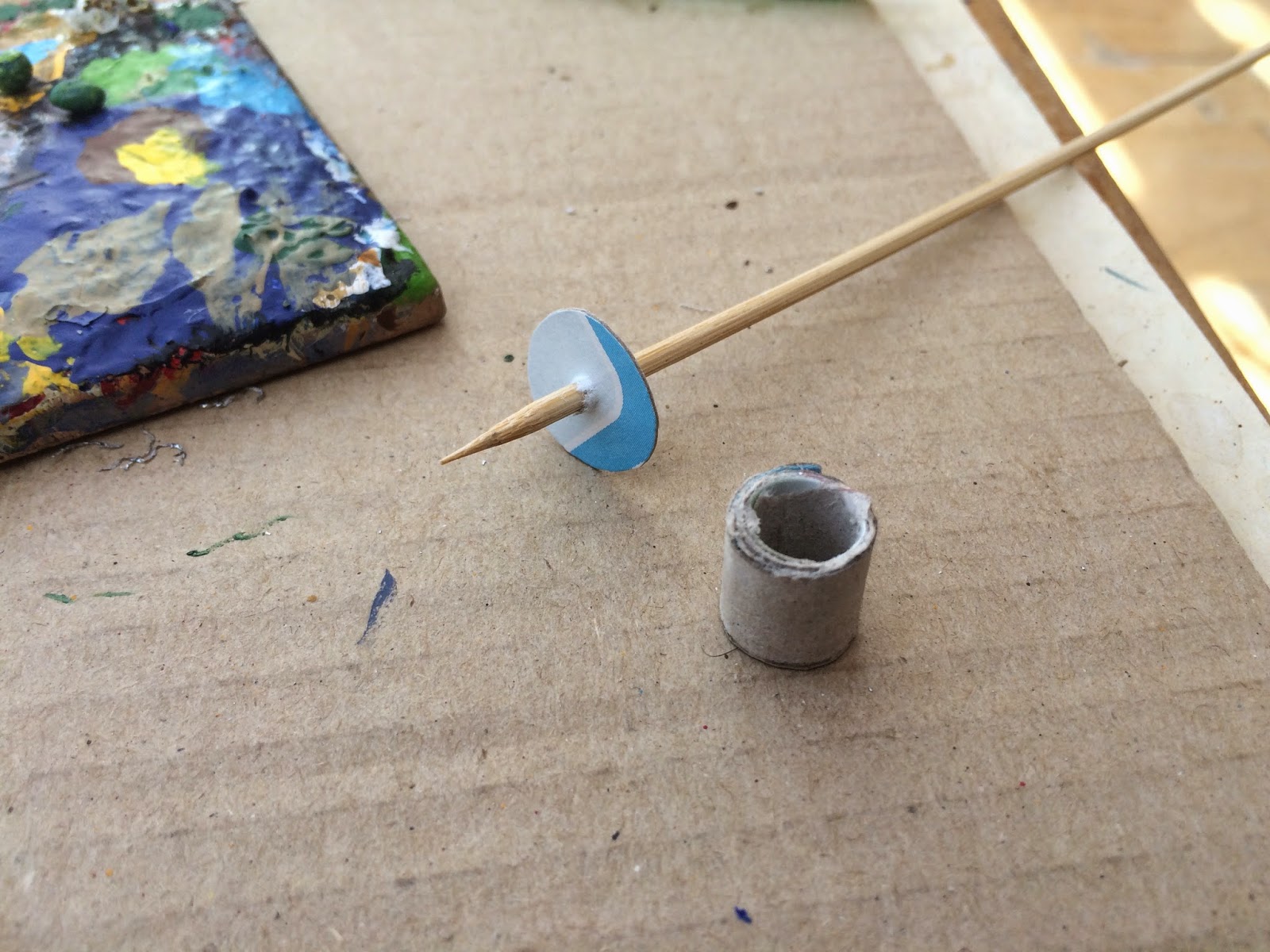 To make the lamp I cut a length of card and wrapped it around a pen. I used PVA to glue it together so that it formed a cylinder. Then I cut a circle of card that was slightly over sized and made a hole in the middle. 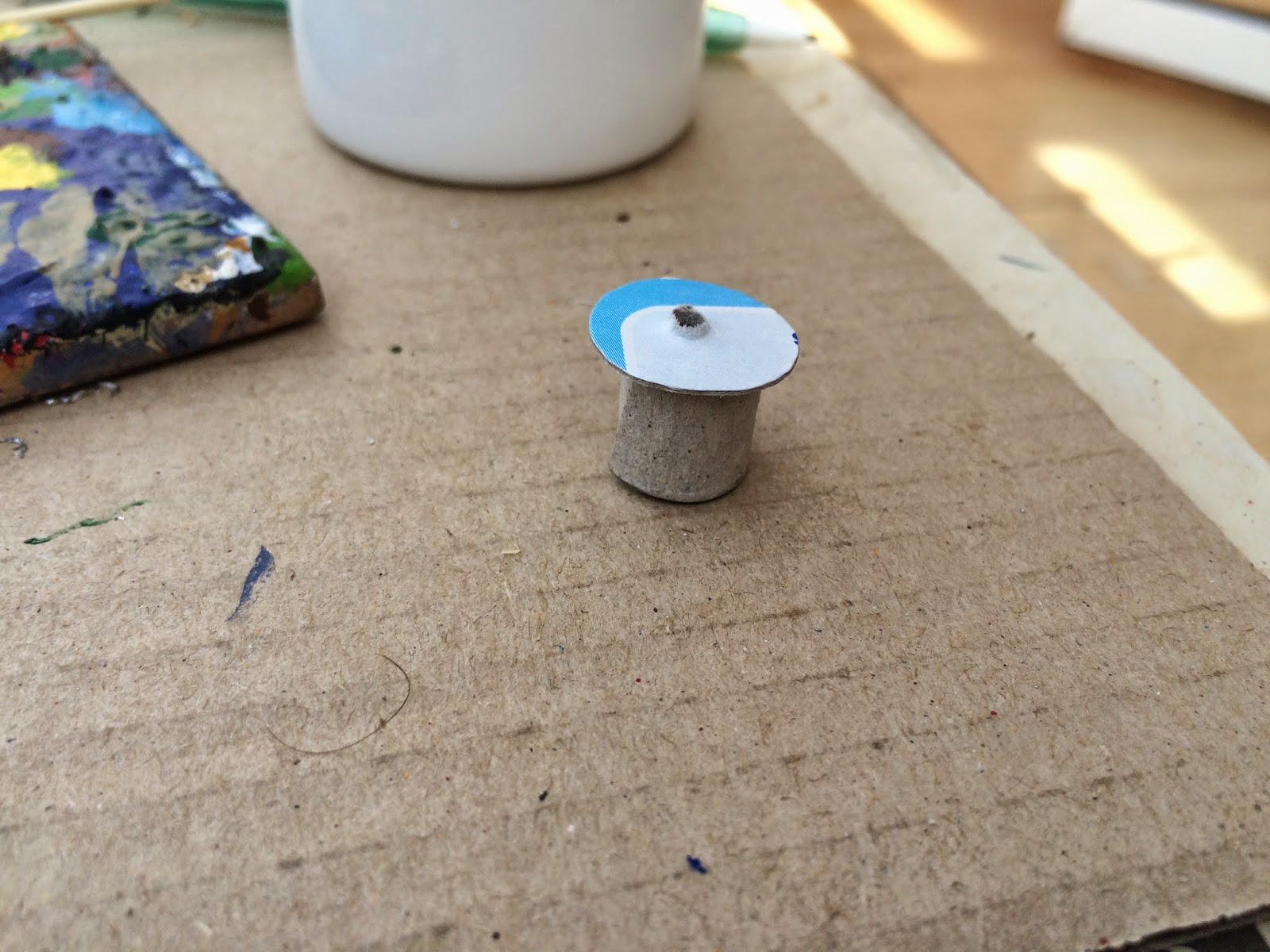 The disc was then stuck to the cylinder. 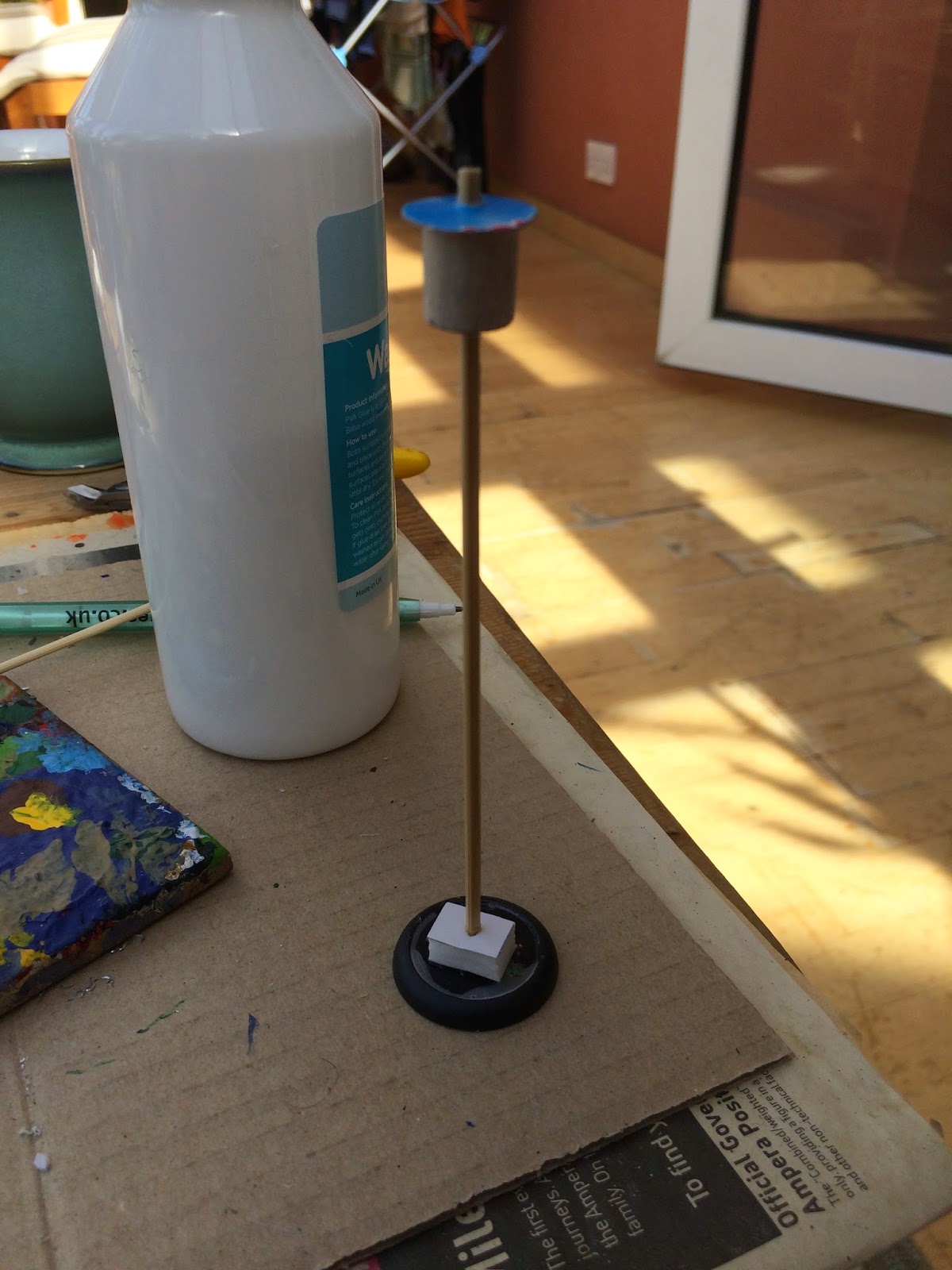 Hey presto - we have a simple lamppost. In the Batman Miniature Game the lamppost casts light for a 10cm radius. Anyone standing in the light can be seen from anywhere on the board provided there is line of sight. Their positioning will be important and I can imagine that key intersections will be well lit and overseen by gang members with guns.