I have been doing a bit of play testing and am beginning to realise that the Batman Miniature Game is going to be very different to what we are used to playing. Its got the mental juices flowing. 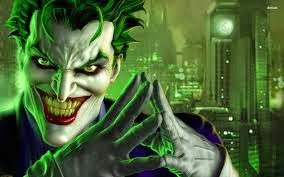 Victory Points are amassed on a round by round basis and there are many ways to acquire them. You can kill the opposition, hold Objectives, solve Riddles or meet the criteria associated with Scenarios. I am beginning to realise that the total number of VP's could, in fact, be quite high. This game will not be about just killing the opposition - having said that, if the opposition is dead they can't hold objectives ;-)

I have also been looking at the way the Objectives and Urban Furniture etc are placed. The order is interesting because it forces a 'spreading out' effect.

First off, each player is allocated D3 Sewer Markers. These can be placed anywhere on the board but must be 5cm's from an edge and at least 20cm's from each other. Using the Sewers will be a great way to get up the board fast. Place one marker in a deployment zone, enter the Sewer at the start of the game and exit at another marker in turn 2. Pick up a piece of Loot or solve and Riddle and move on. Only one character from each crew can be in the Sewers at any time but it will be interesting especially if there are a lot markers in use.

Next come the Lampposts and again each player has D3 to deploy. The game is fought in darkness so these are going to be important as they cast a 10cm disk of light. Anyone standing in the light can be seen and targeted.

Finally come the Objectives which are interestingly placed after are the Crews have deployed. This time each player chooses three Objectives (out of the 4 types available) - so there will be a minimum of six in play. Objectives markers cannot be placed within 10cm's of a players own deployment area, they must be 5cm's from the board edge and importantly a minimum of 5 cm's from any others marker i.e. Lampposts, Sewers and other Objectives. They can be placed within the disk of light cast by the Lampposts though. This is going to really spread out the Objectives.

Loot (if any are taken) must be placed on neutral ground unto 20cm's from the enemy deployment zone.

Riddles (if any are taken) are deployed in pairs (I only recently spotted this) and like Loot must be placed on neutral ground unto 20cm's from the enemy deployment zone.

I believe that the impact of all this will be force each Crew to start at the edge of its Deployment Zone and then to move forward onto the Objectives as quickly as possible. It might be interesting to place an Objective or two at the back of the opponents deployment zone. Cause a little confusion by effectively taking someone out of the game although this could give away a lot VP's.

The thing is that you will need to have a lot of characters, quite spread out, to be in control of the counters and therefore gathering VP's.

With this in mind and taking account of some of the comments received from my first thoughts I have reviewed my options to improve the number of guys in the crew. This option brings the total to 7 but does dilute the Joker influence a bit.

The cash could be spent Neurotoxic Drugs giving a couple of the crew both Fast and Dodge, probably Turk and Contra-Auguste. Alternatively a couple of Clown Paint guys to gain Distract and a spare Ammo Magazine for the Turk.

The thinking here is to fan out and own some of the Objectives while the Joker sets up to take pot shots at any advancing force.

I don't have all the models for this list and both the Turk and the Prisoner will not benefit from Trickster but an interesting option none the less.
Posted by Bullcher Feb at 03:33