So heres the thing. I have a game coming up and I am playing about with potential Army Lists. Its a 1500 point game against a Chaos Nurgle force. I have noticed that my troop choices have 2 alternatives that add up to similar points.... 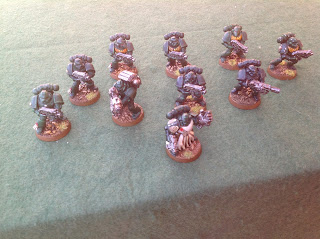 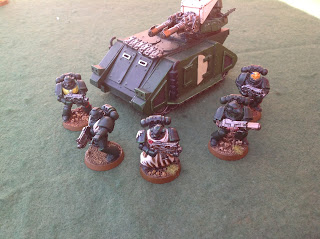 190 pts - Tactical Squad with 5 marines, melta gun, melta bombs and a Razorback with a twin linked Lascannon and storm bolter.

I have not played much in the last 4 years. Prior to that, I loved the 5 man squads. I like the twin linked lascannon giving 2 chances to hit and also the ability to use the vehicle as mobile terrain. The question is, will the greater troop numbers in the 10 man squad make them worthwhile. They will have greater staying power and thats a lot of bolter shots. Anyone got any thoughts at all??
Posted by Bullcher Feb at 04:17