Dead (well broken as it turns out) but not forgotten

It seems such a shame. The Dark Elf Darkblades blitzer, 'Heartrender' has departed this life. The Dark Templar had gone to such trouble to represent his increased AG by bringing in a special plastic model to make him distinctive and then cutting out a suitable heart shape and mounting it proudly on his chest. 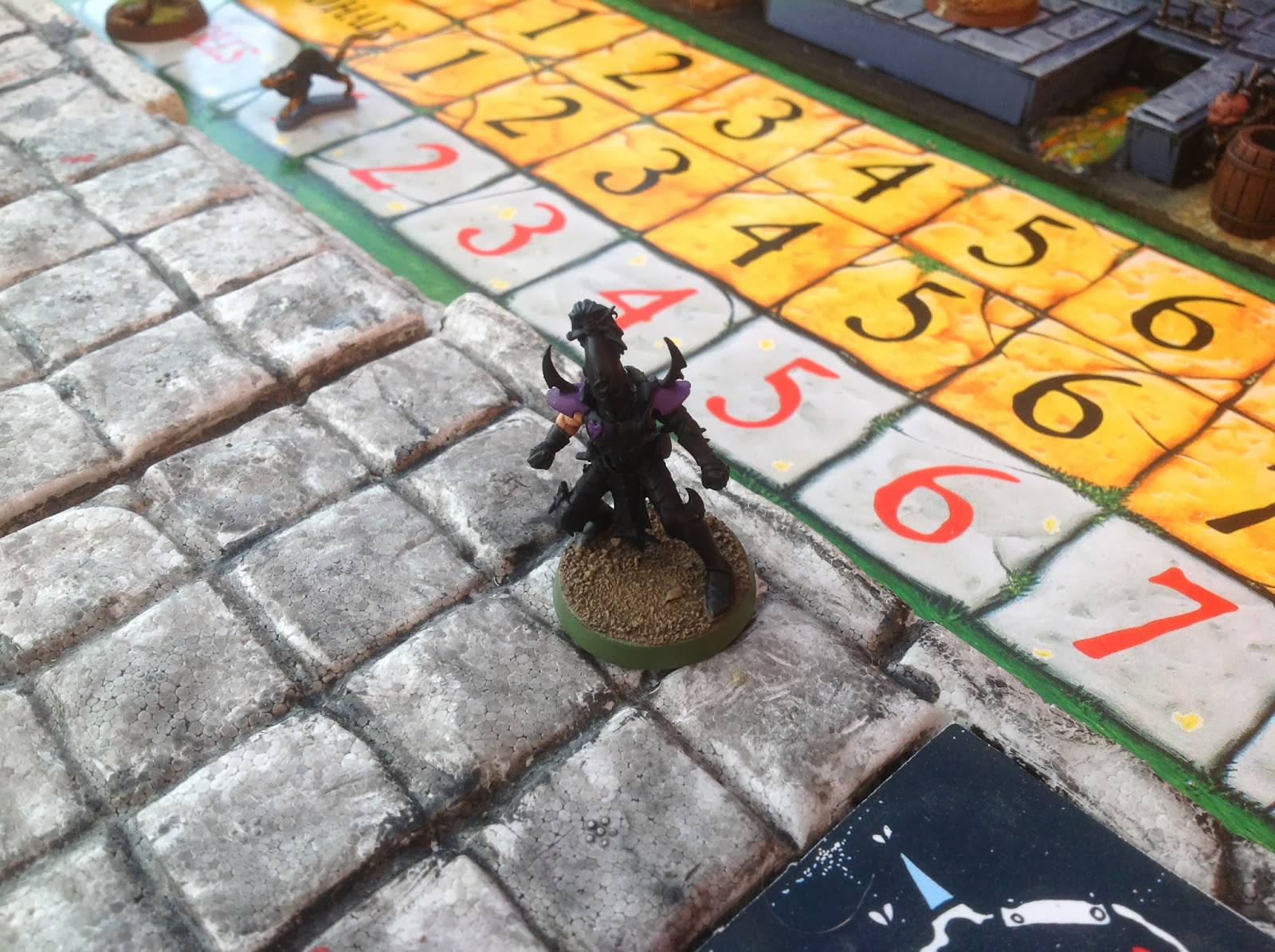 A real stand out thought. I would be a shame for all that hard work to leave the league ;-)

So the 'life taker', skaven Gutter Runner number 4, Mr Treek Throttle ripped that heart shaped symbol for the chest of his victim and is now proudly displaying it as am emblem of his outstanding blood bowl skill.

Here he is in all his glory on the practice ground this morning. 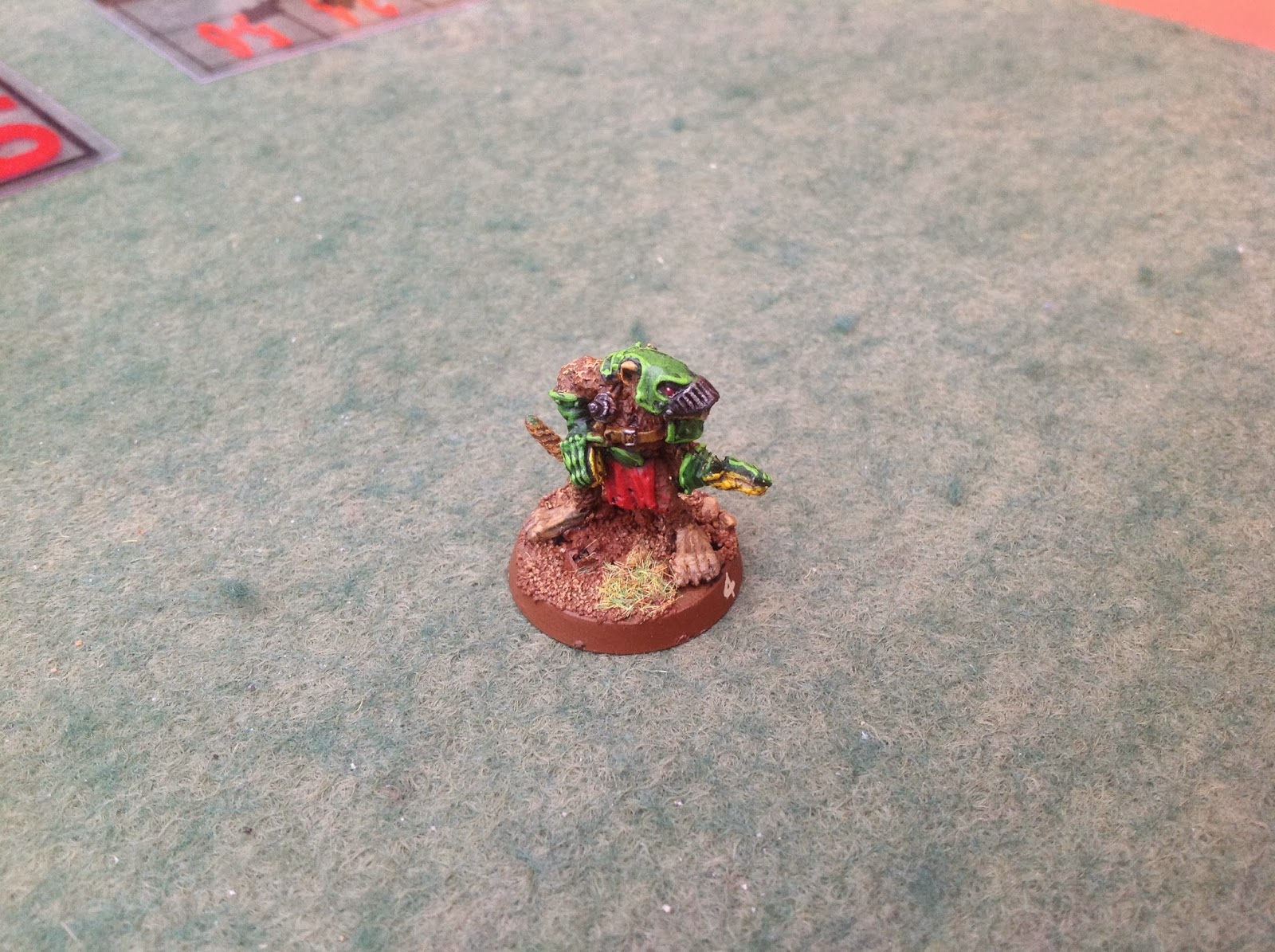 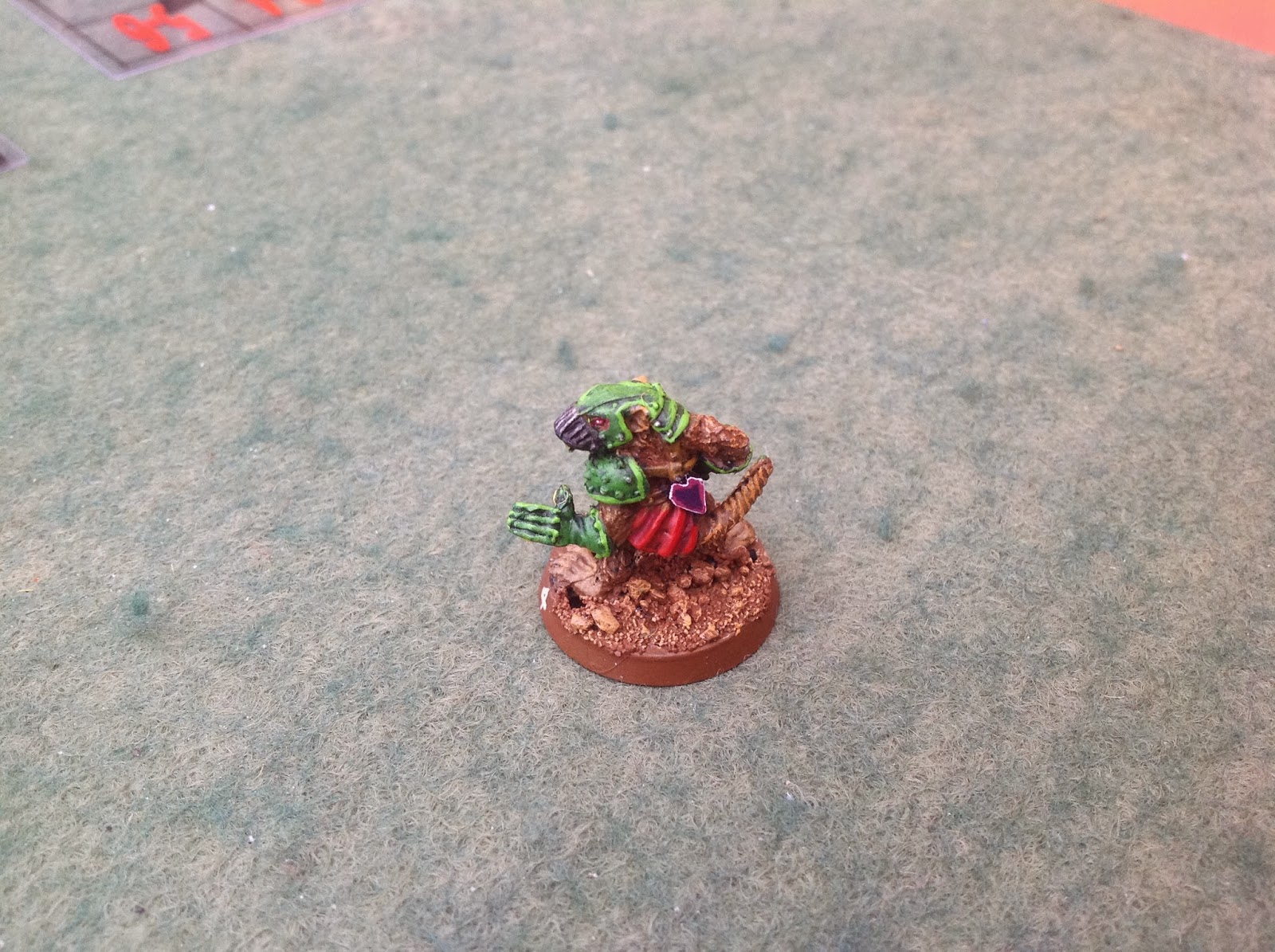 Can you tell? Its almost like there is a life force emanating from that heart. The spirit and agility of the dark elf, Heartrender lives on in the in the most fast moving of Blood Bowl players - Gutter Runner, Treek Throttle. Well named for his ability to 'throttle' the opposition and the 'full throttle' speed that got him to Heartrender in the first place - 9MA and 2 GFI's to give 10 movement and a successful Blitz action!

After a reroll of the Apothecary (we had been doing it wrong) Heartrender is returned to life, but with a smashed up ankle. I'm keeping the heart though - lol.