Its been a weekend of cutting and carving and pinning and green stuff. I thought that I would keep with the sewer base theme and made some purchases. I bought some resin bases and some metal inserts. There should be plenty to go around and it should give the crew a common theme. It does mean even more pinning but hey, ho.

To get me properly started I wanted to add the Joker to Harley Quinn, then Triston, August and Contra-Auguste. 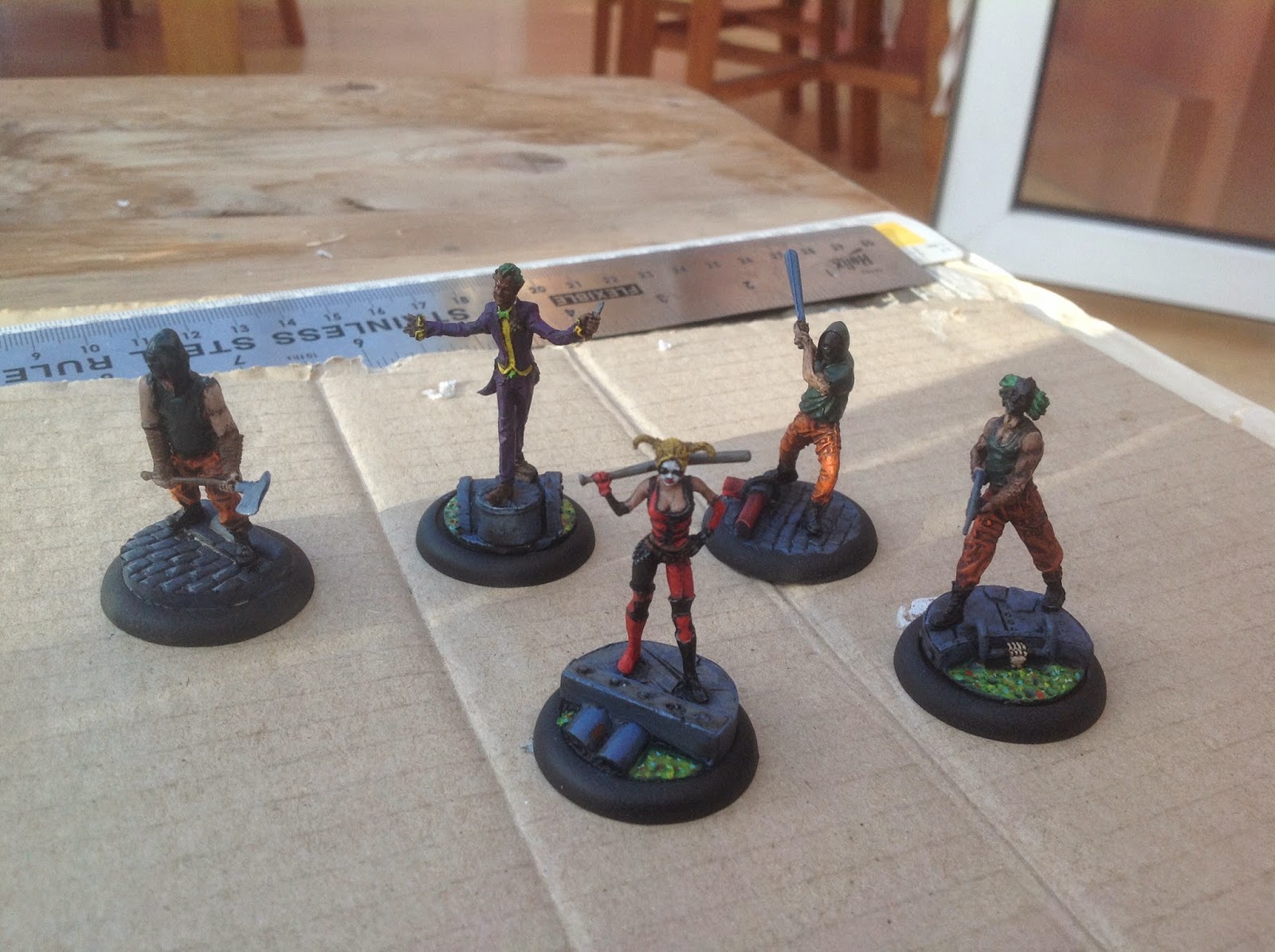 I have been building up the paint layers and have yet to do the faces but it is coming along nicely. I had some fun painting the sewer slime. I started with a base of green and then dotted in lots of very small colourful dots. It gives it a vibrancy. In the main though I want the faces to be the main thing to draw the eye and I intend to spend some time on them to try and get them right. I have learned from Harley Quinn that white is very unforgiving. I love the skeleton hand clinging to the ladder on Triston's base, sweet little detail.

Next in line is Mr Hammer (yet to get him a base), Borgon and some of the clowns. 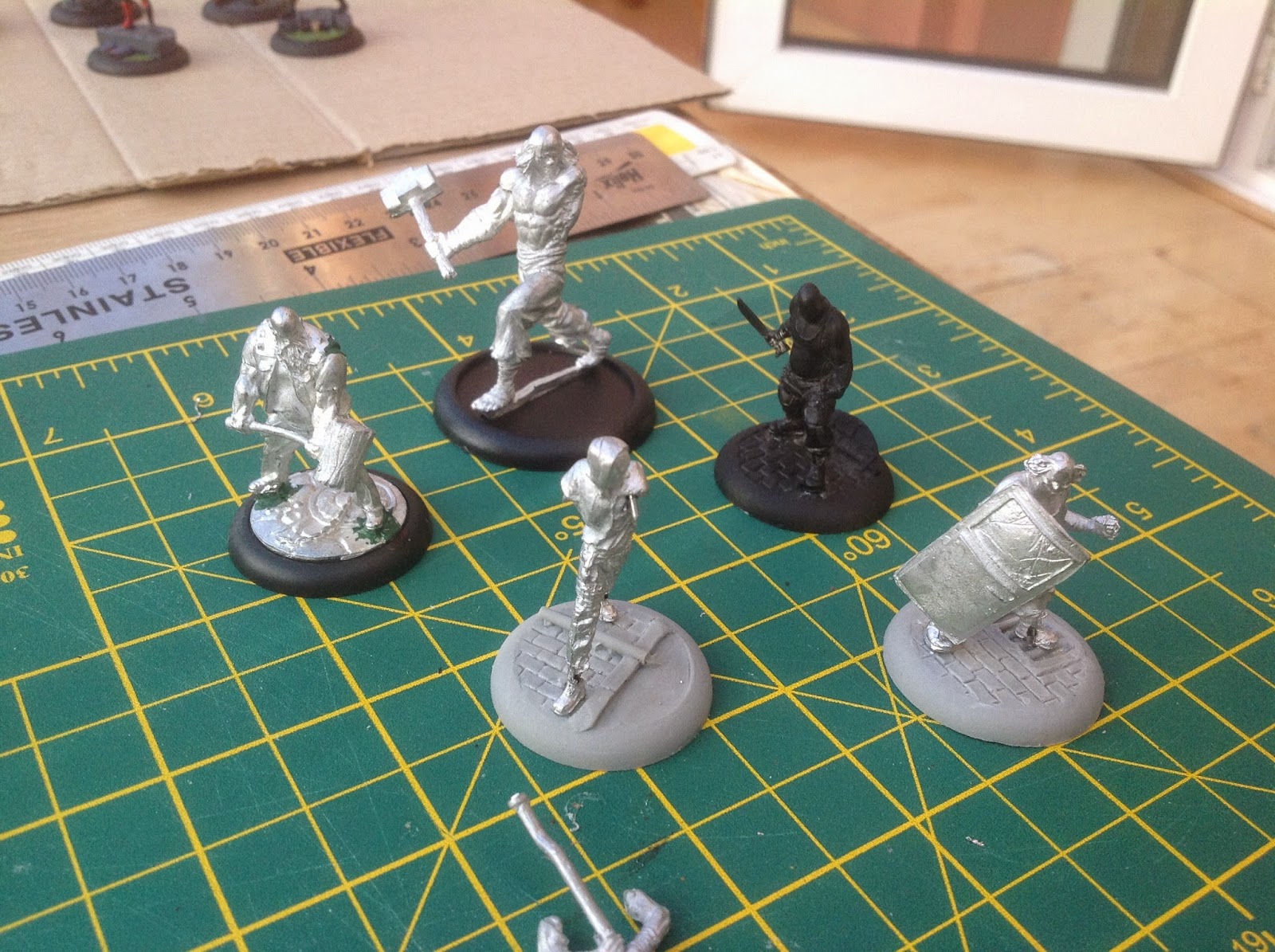 I have had a nightmare with Clown (tube). When pinning his feet I broke the model at his ankle. Then the arms didn't fit into the shoulders and when I tried to prize them apart, a little, the model broke at his hands. Currently I have a pin in each foot, a pin in each arm and another at his hands. He will need lots of green stuff but he will be properly 'bionic'.

Anyway - it is all coming along slowly and I have a third batch on models following along behind.

Mr Hammer is awesome and I am really looking forward to getting some paint on him.