I really have got the bit between my teeth and fancy the idea of creating something worthwhile and oh so different.

The first thing that I realised earlier today was that Batman is played on a 900mm x 900mm board. Now this is a fair bit smaller than I am used to. Warhammer 40k is played on a 6ft x 4ft board. Other skirmish games have been on a 4ft by 4ft board which is about 1200mm sq. We are talking about 25% less than that.

I had been planning a Coney Island type scale for my Ferris Wheel which would have made 800mm tall. This would have over whelmed the playing area so I have cut back my expectations but still hope to create something interesting. I believe that this game will feel like it is being fought in a single street with a couple of alleys or maybe an urban square. I think I will only need to add two or three stalls and I will have covered the area. 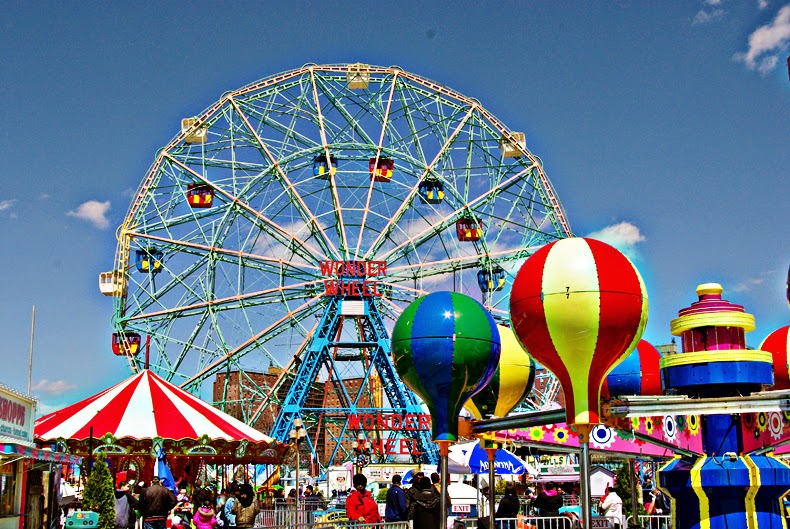 I want to make two wheels and join them together to make the Ferris Wheel. I started by cutting out some circles from the foam board. 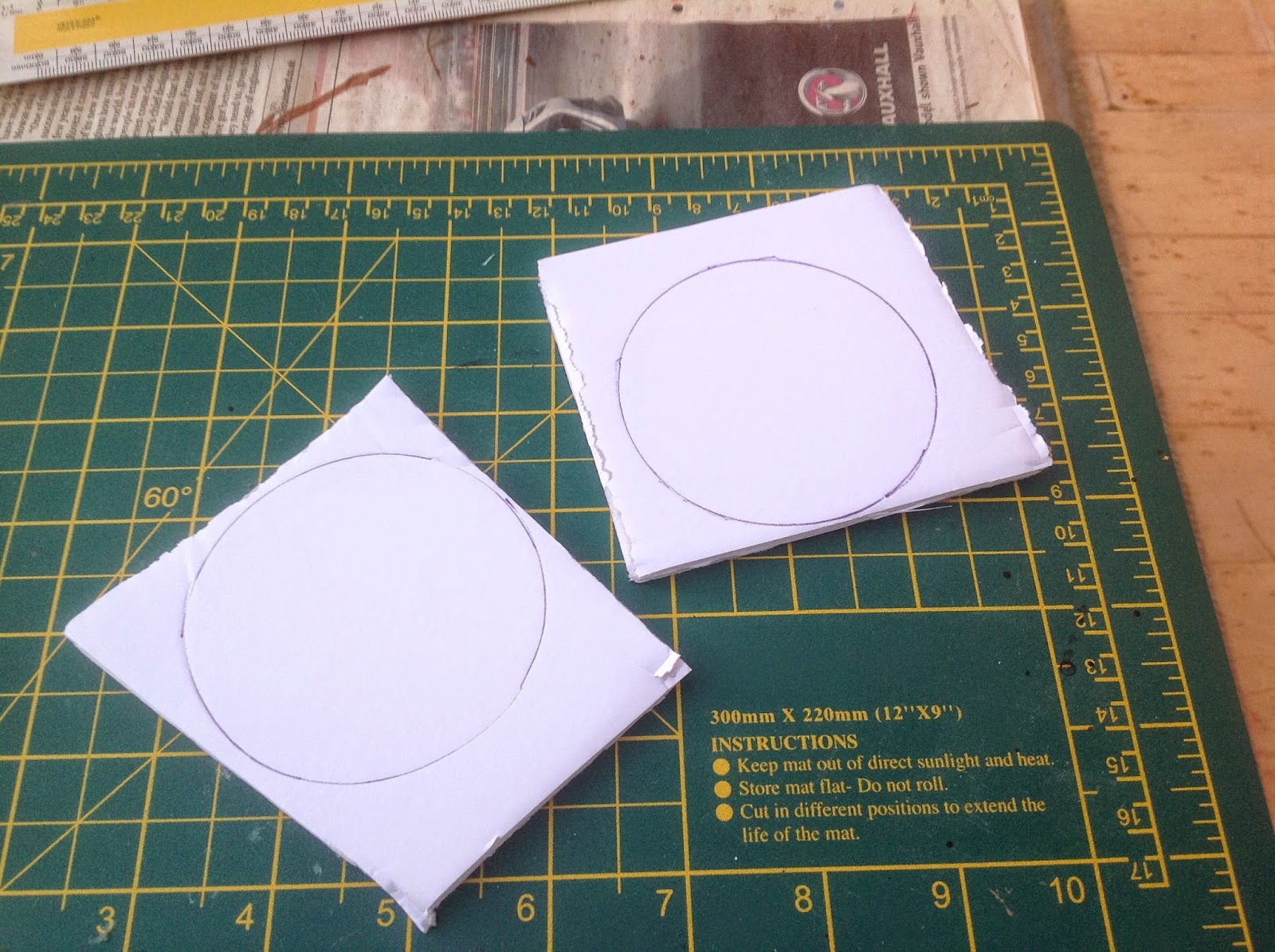 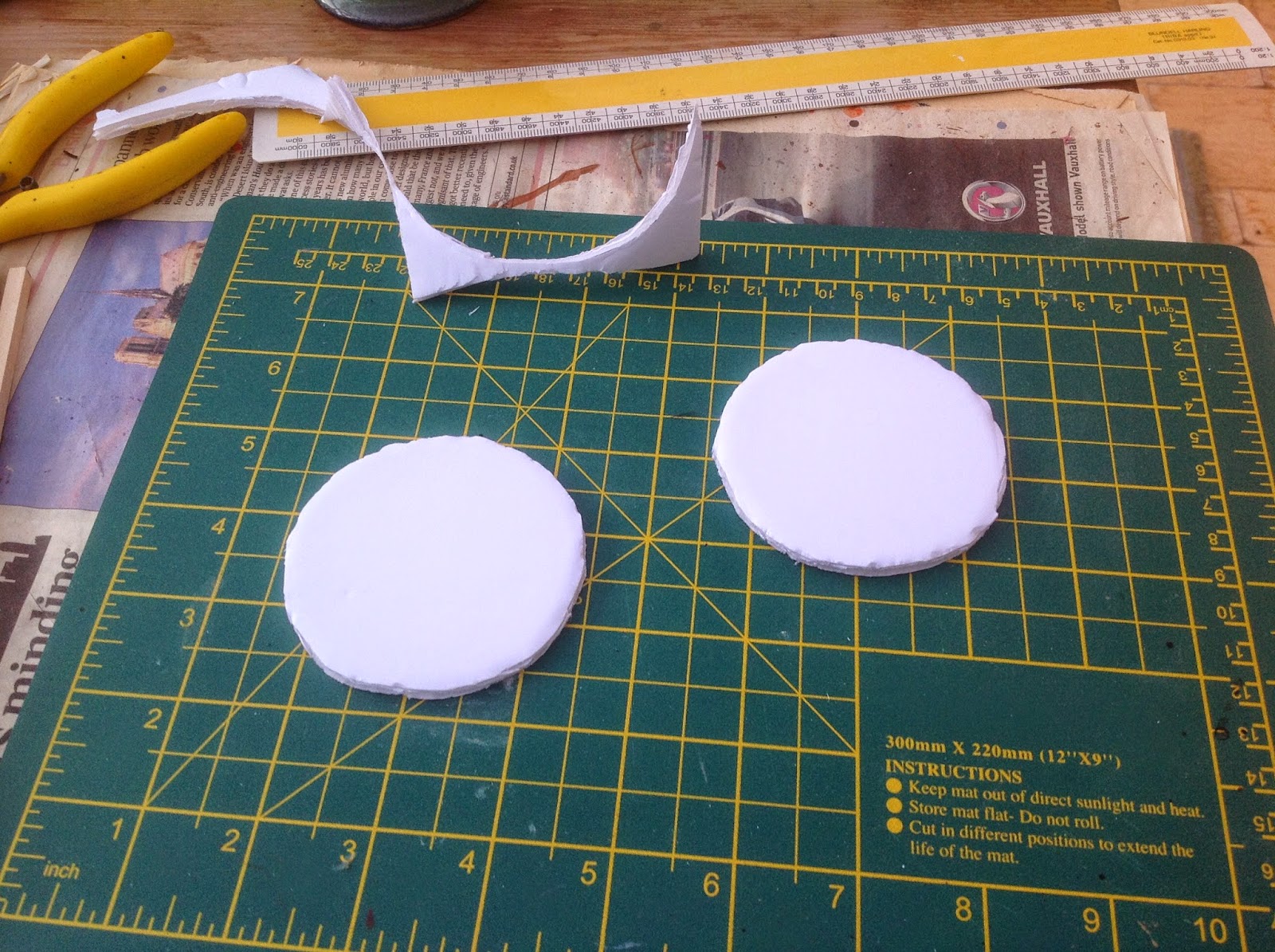 I then used the cutting mat to mark up the positions for the main structural struts. 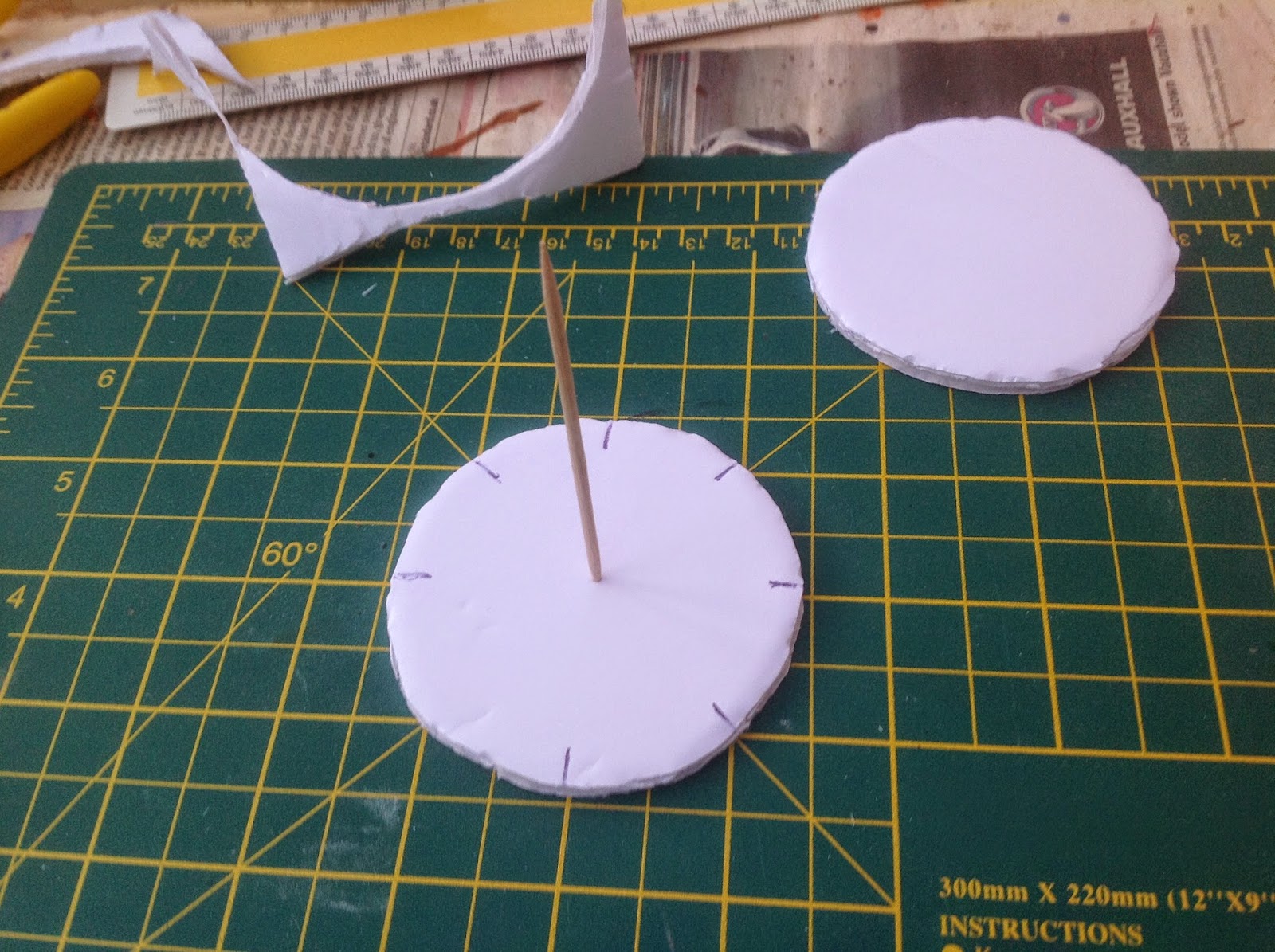 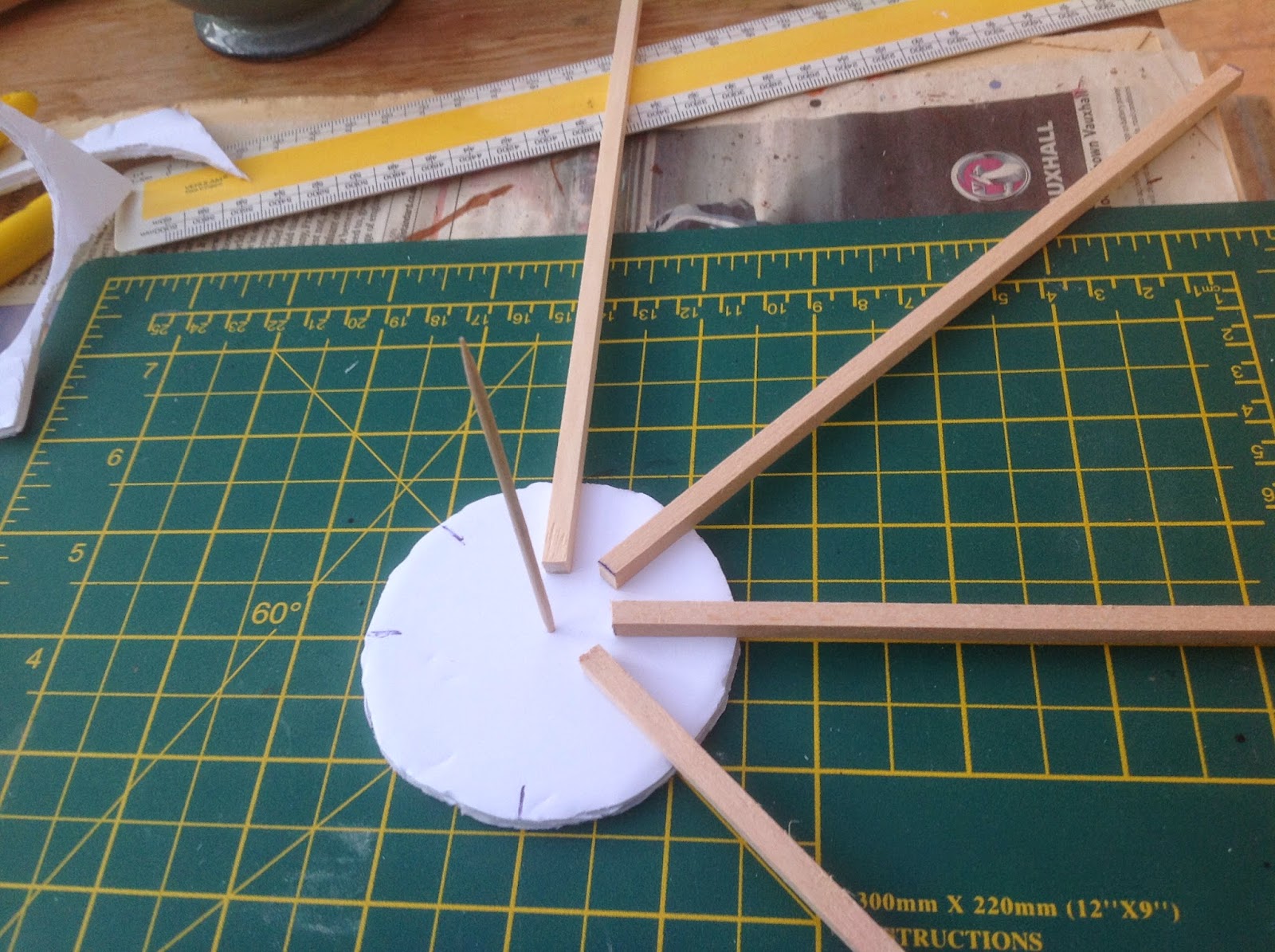 Which were added and PVA glue used to keep them in place. I sandwiched the struts with another foam board circle. 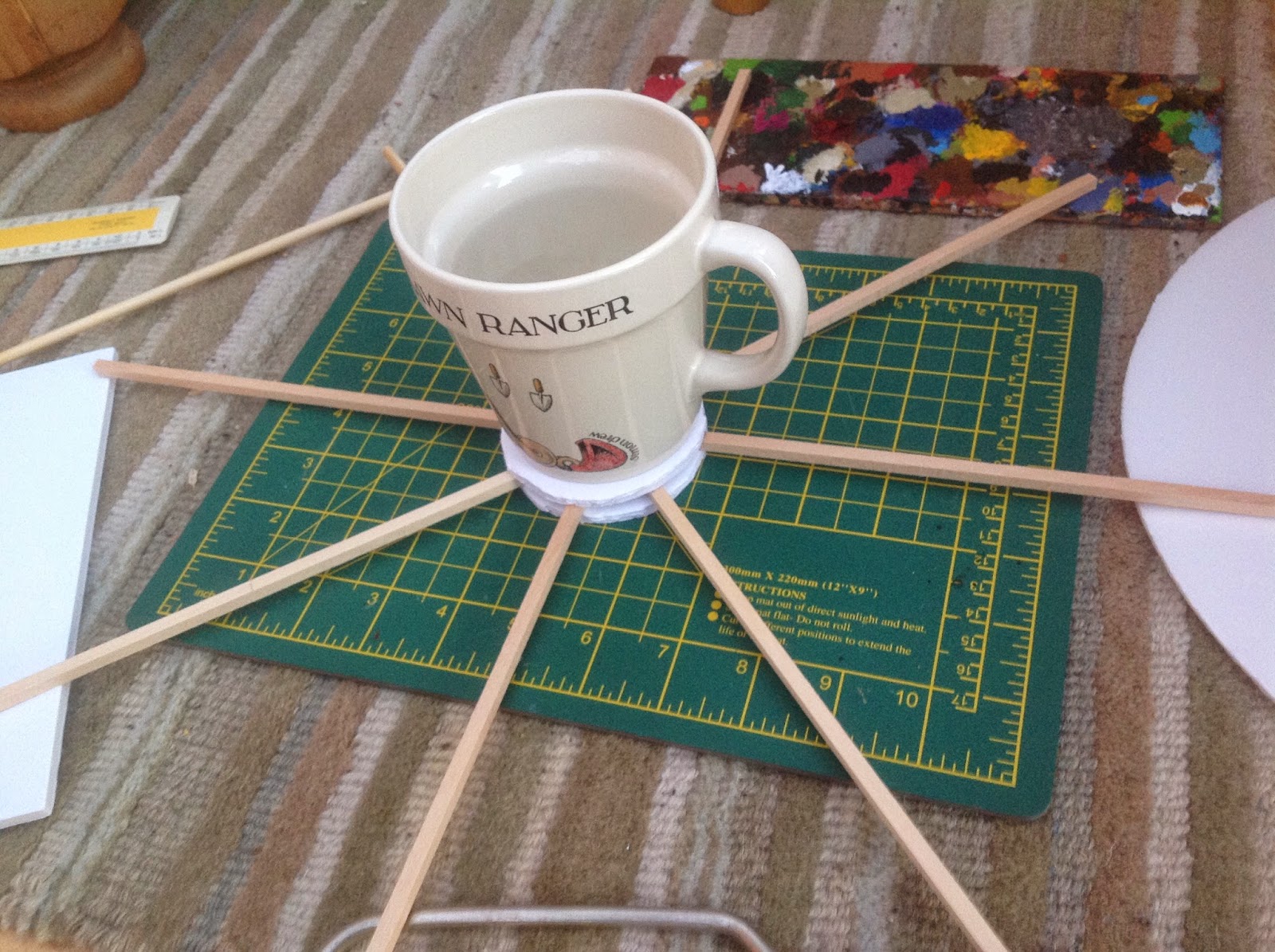 And used a cup of water to hold the whole thing in place while the glue set. Each strut is 180mm beyond the foam board circle which I think will still be big enough to be an impressive piece of terrain. 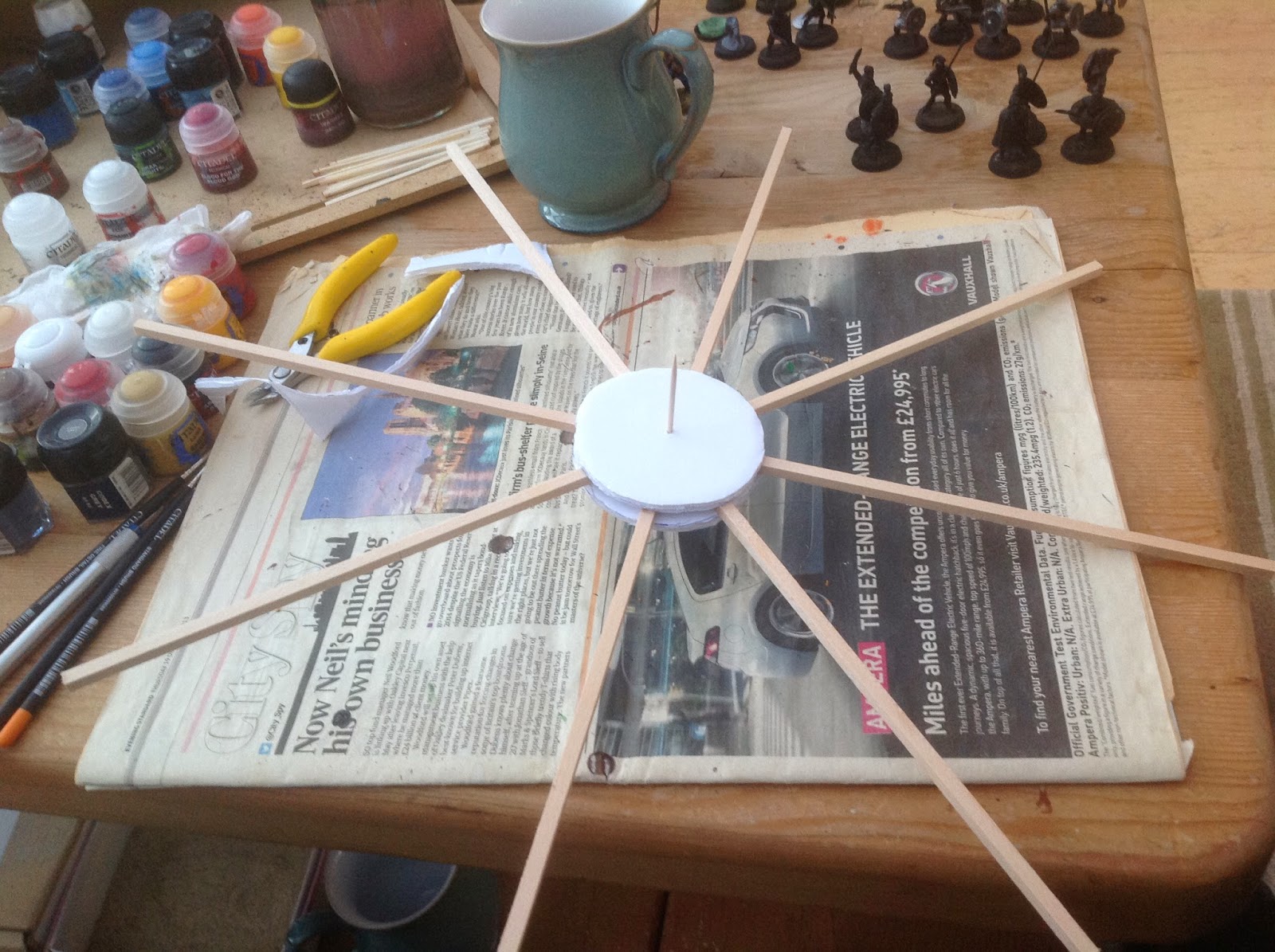 The first wheel has dried nicely and the second is currently drying in the conservatory. I am hoping that I have properly aligned the struts. Tomorrow will tell.

The aim will be to connect the wheels using cocktail sticks from which pods can be dangled. The entire thing can then be mounted on some kind of tripod. I will also need to add other pieces of structure so that the final piece of terrain looks suitably structural.

I am pleased with the early progress and feel like the fun park is well under construction.
Posted by Bullcher Feb at 12:34