No matter the purchase one always feels compelled to ensure that there is a miniature included in the pile. I have all the Masons models so this left me scratching my head. And then it hit me. The Union! I am allowed to field some Union models so I rushed off to have a look at my options.

High excitement as I did the research and had a look at the models.

Now it is a well known fact that I love a good female model and as soon as I saw her I knew the purchase that was meant for me. Snakeskin! 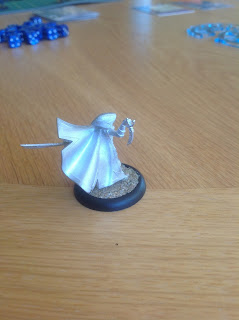 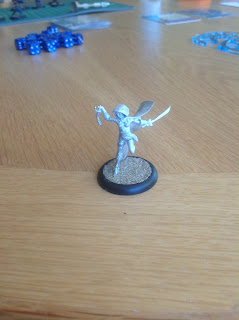 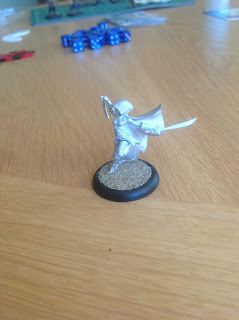 I think that the model a work of art. I love the dancing, flowing lines and the whirling cloak and well just everything about it. Obviously with all that metal and a tiny part of the foot touching the base there is plenty of room for problems. I drilled from the foot up into the ankle, it is tiny but with the clock touching there is just enough purchase. I added green stuff to the underside of the base to give it weight. I drilled the base, then pinned the foot to the base with a piece of paperclip. I used plenty of glue and some more green stuff. Initially I used a horizontal cocktail stick to keep the cloak off the ground. After a couple of hours I based the model with PVA and sand. There was still some movement so I left the model over night.

This morning it is quite solid and I happily glued the second leg and both arms into place. There were ball and socket joints which fitted beautifully and I am delighted with the result. 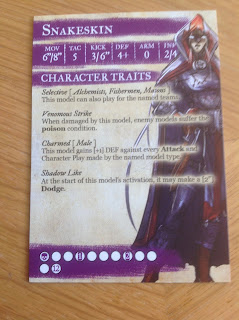 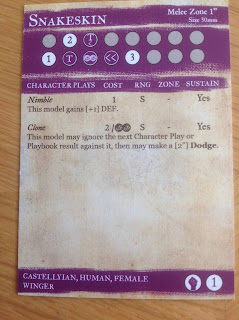 I didn't give much thought to her stats before making the purchase.  She looks interesting.

She is quick with a Movement of 6"/8" which is added to Shadow Like that gives her a 2" Dodge at the start of her Advance. She has a decent 5 TAC and Poisons. She can also Kick 3/6".

She doesn't have much health, only 12 points and no Armour. She has a DEF of 4+ which can be improved by spending Influence. Nimble gives her +1 DEF, Charmed Male gives her another +1 DEF. Clone also means that she can ignore the next Character Play or Playbook result against her.

I like that she has Tackle in her second damage column and a Momentous Tackle Dodge in her third damage column. She has no Momentous Damage ability so her role focus is mainly movement although the poison will be an annoyance for the opposition as it sustains through the rounds.

Plenty to think about.