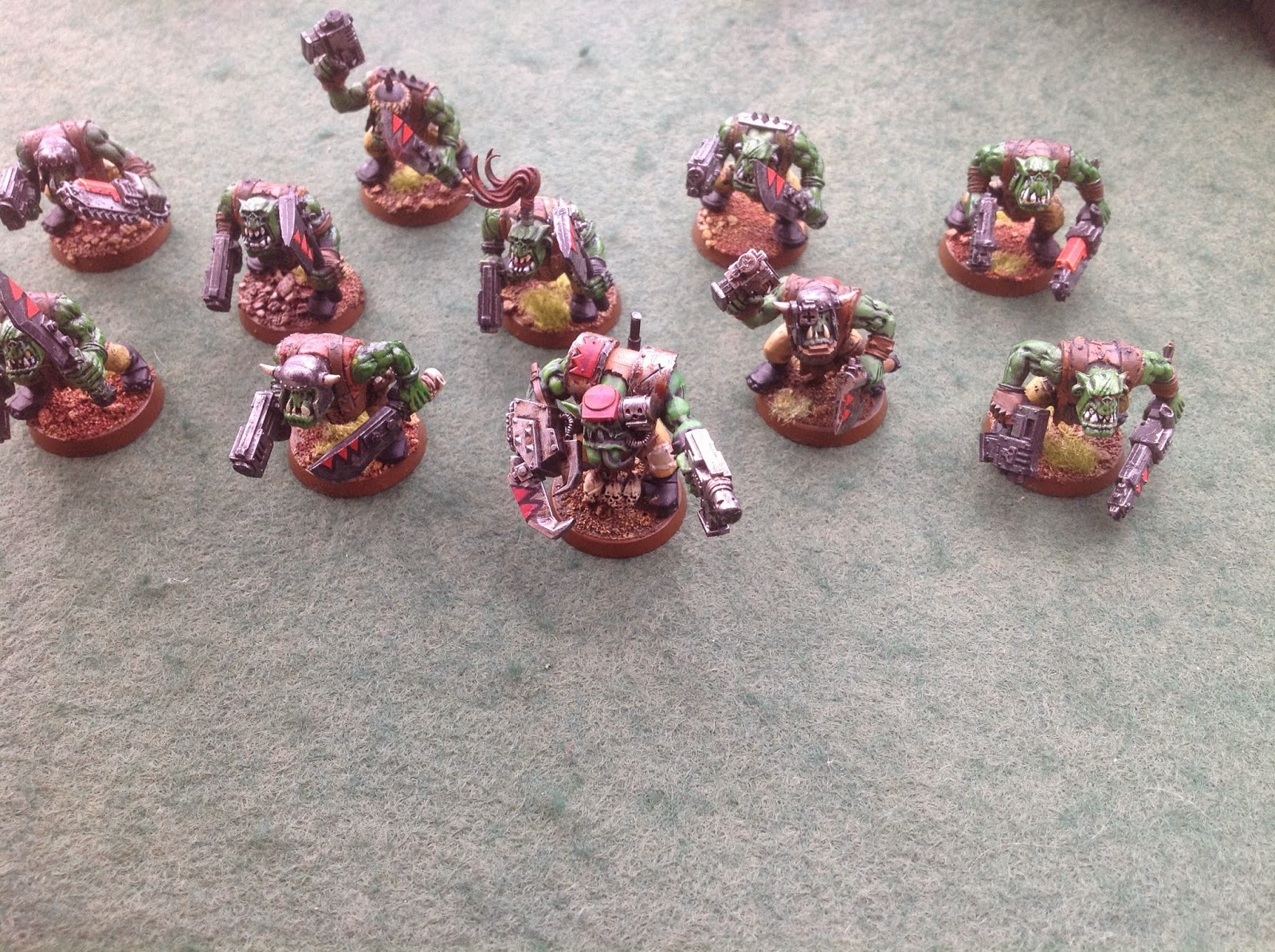 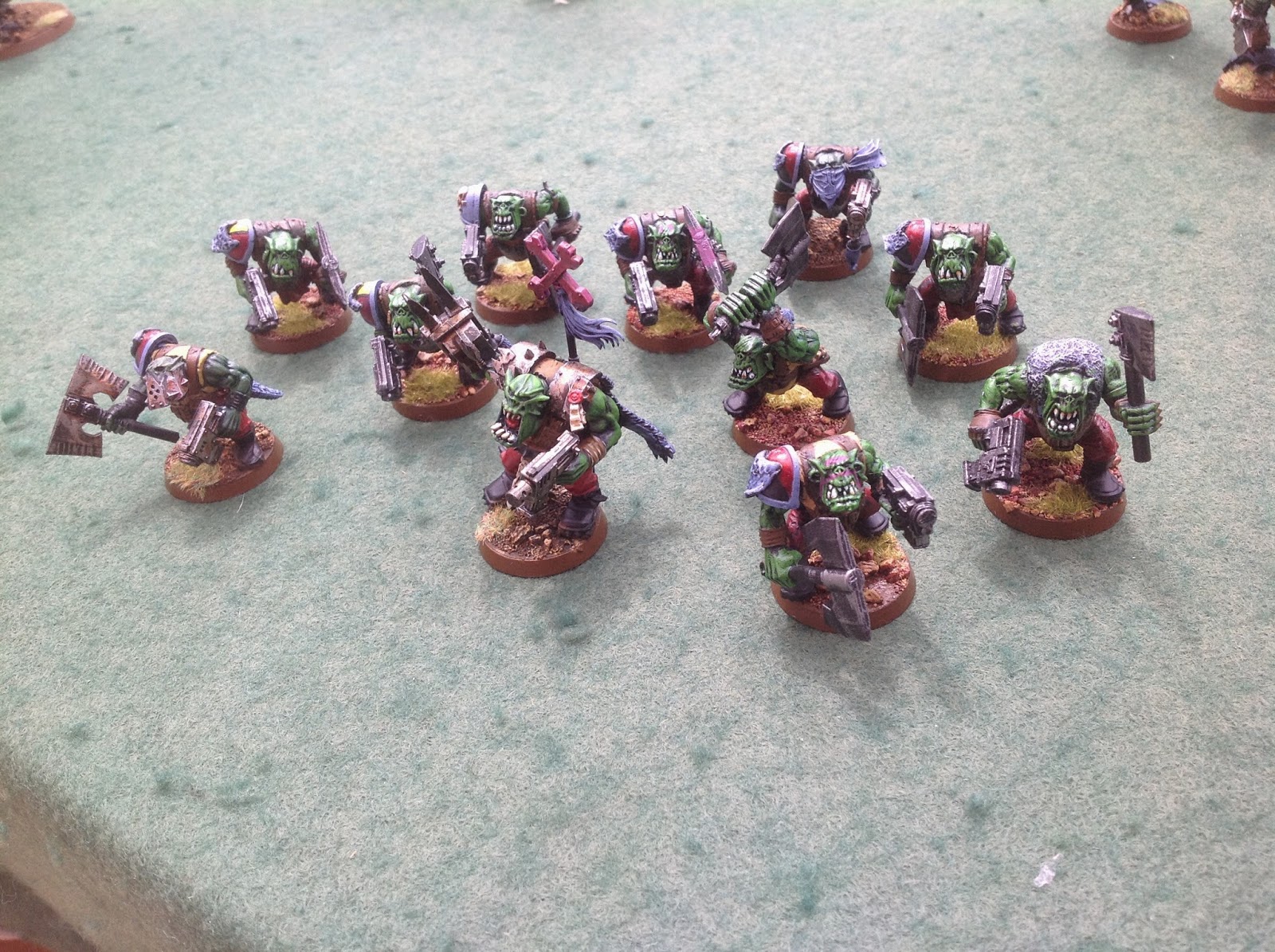 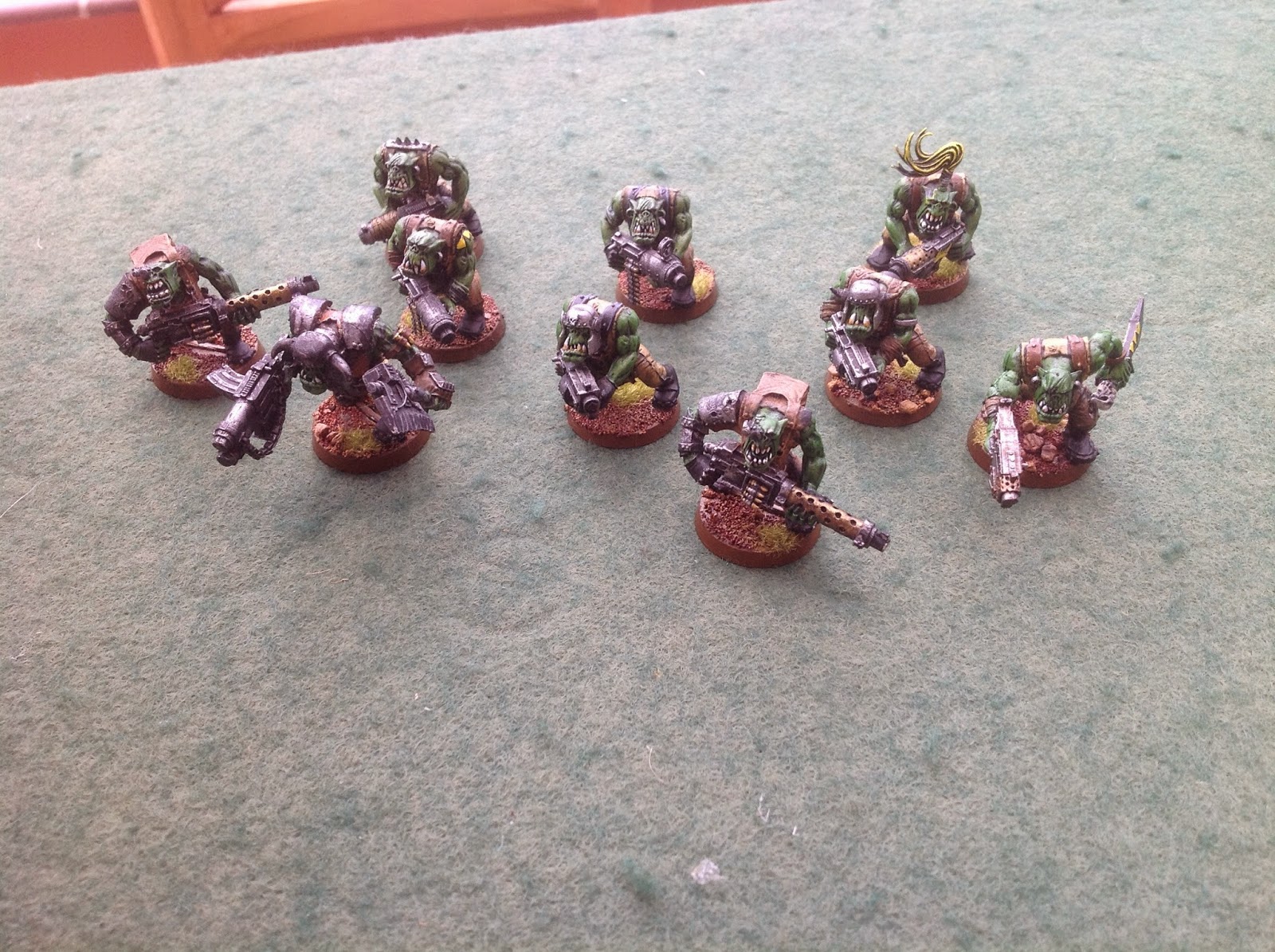 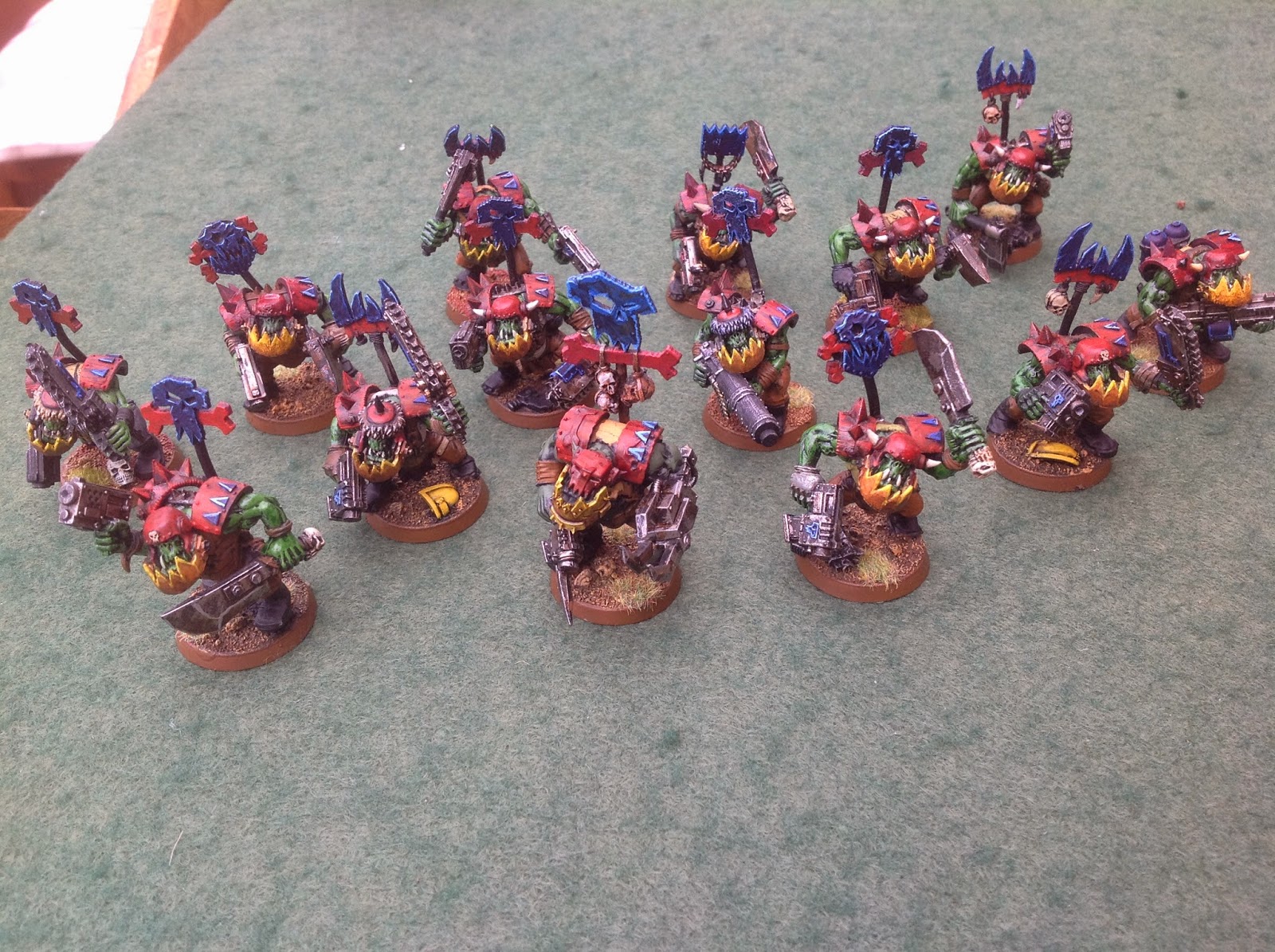 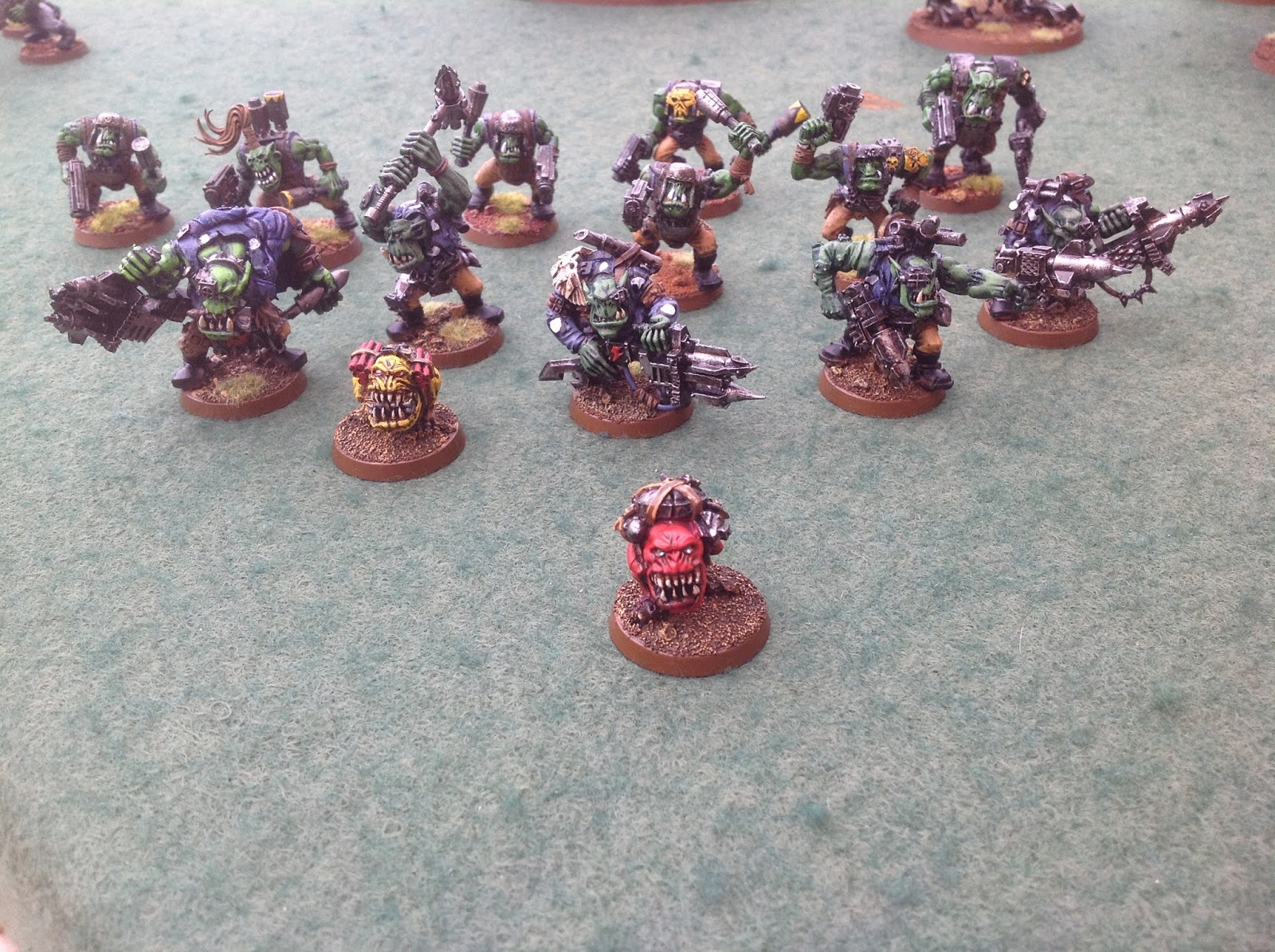 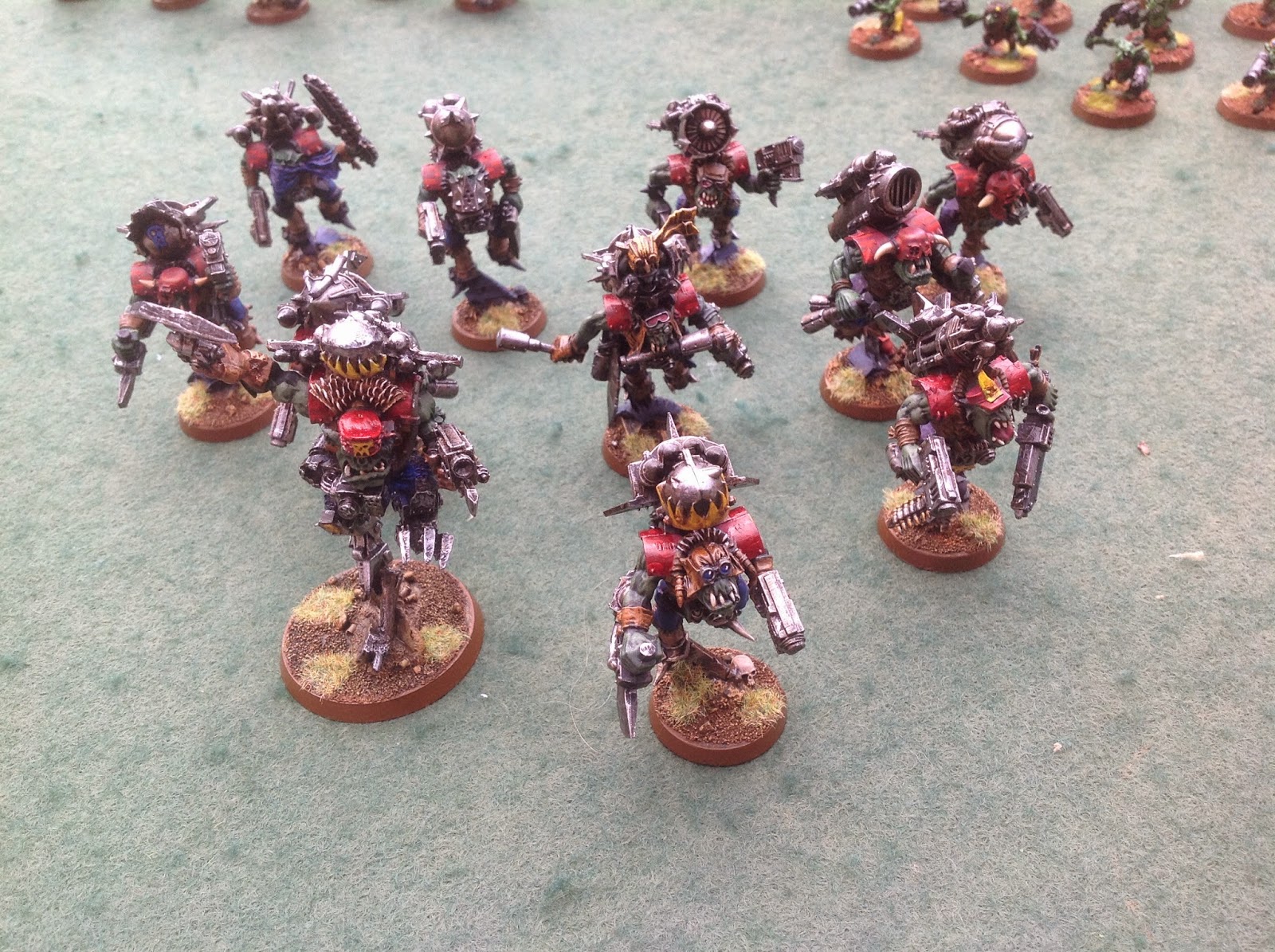 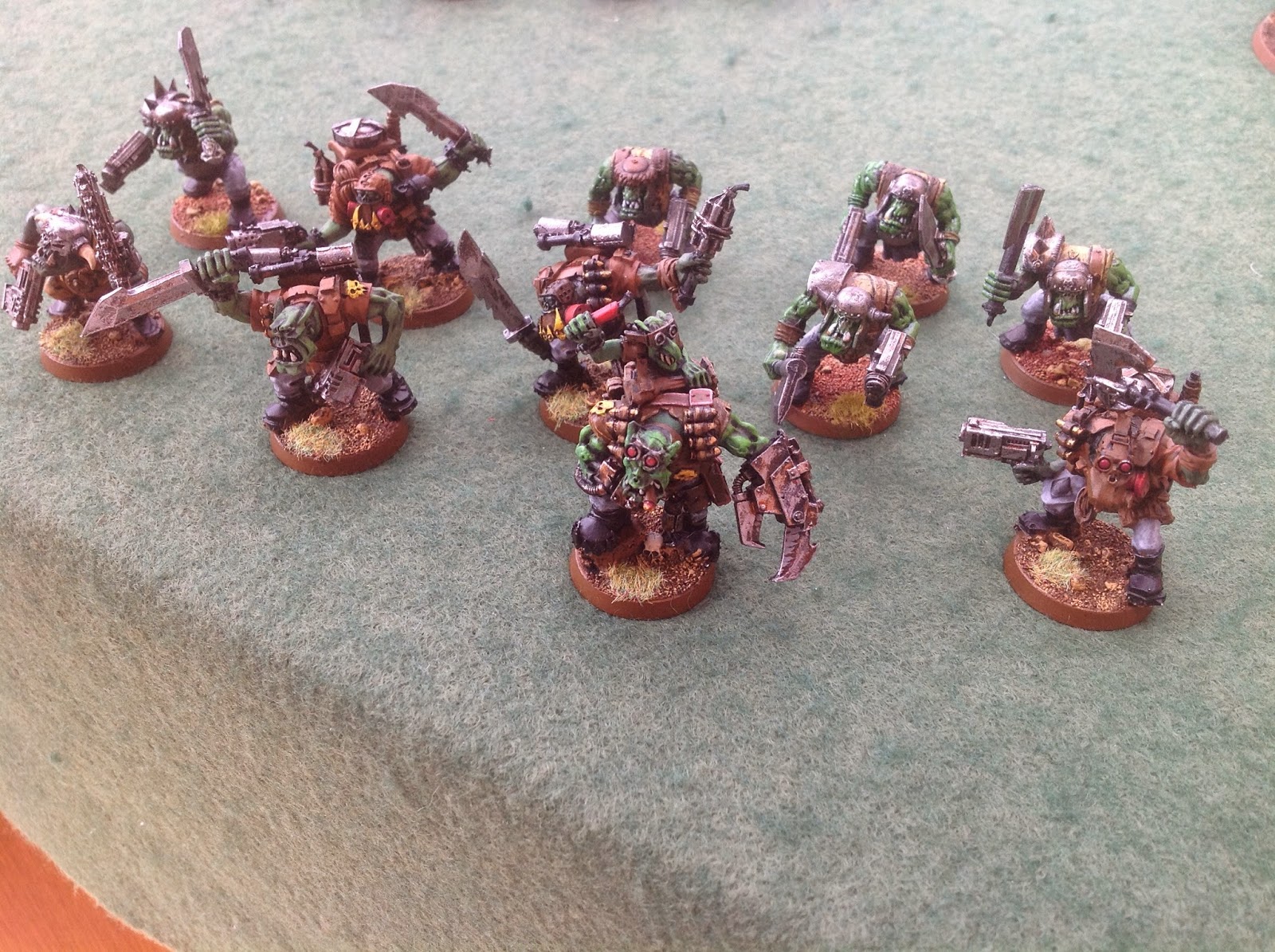 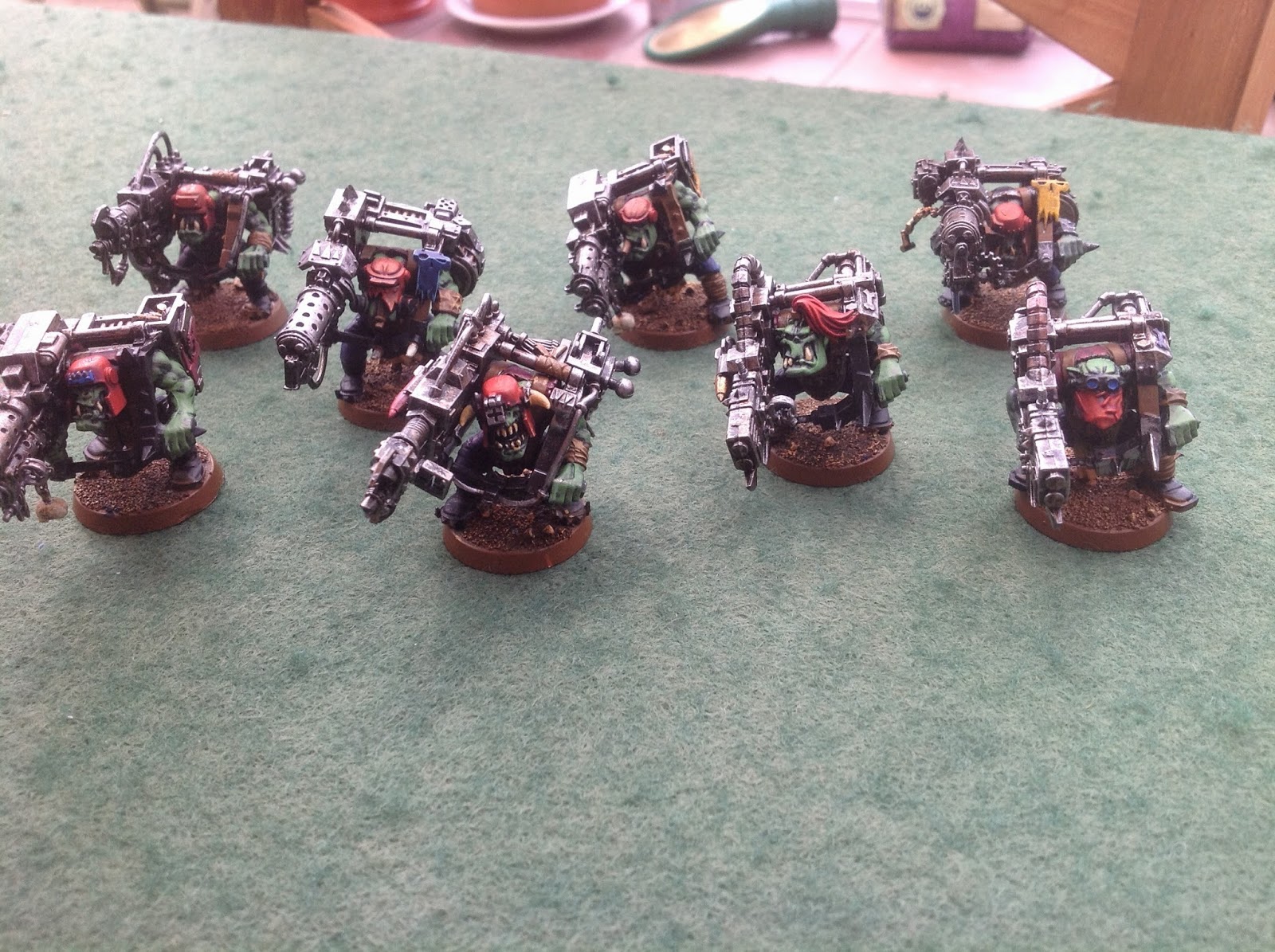 You just gotta love the green skins!
Posted by Bullcher Feb at 07:03 1 comment: 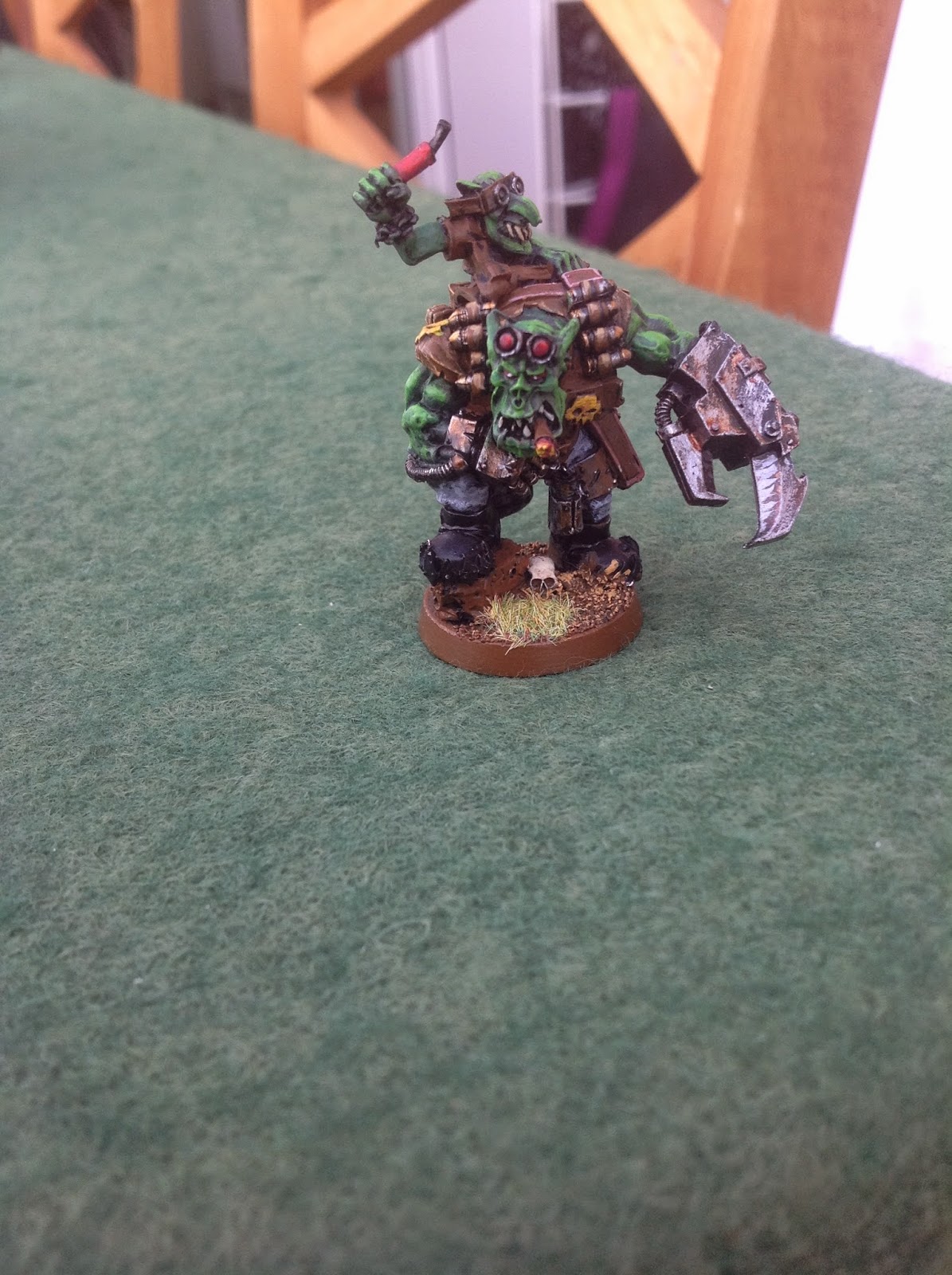 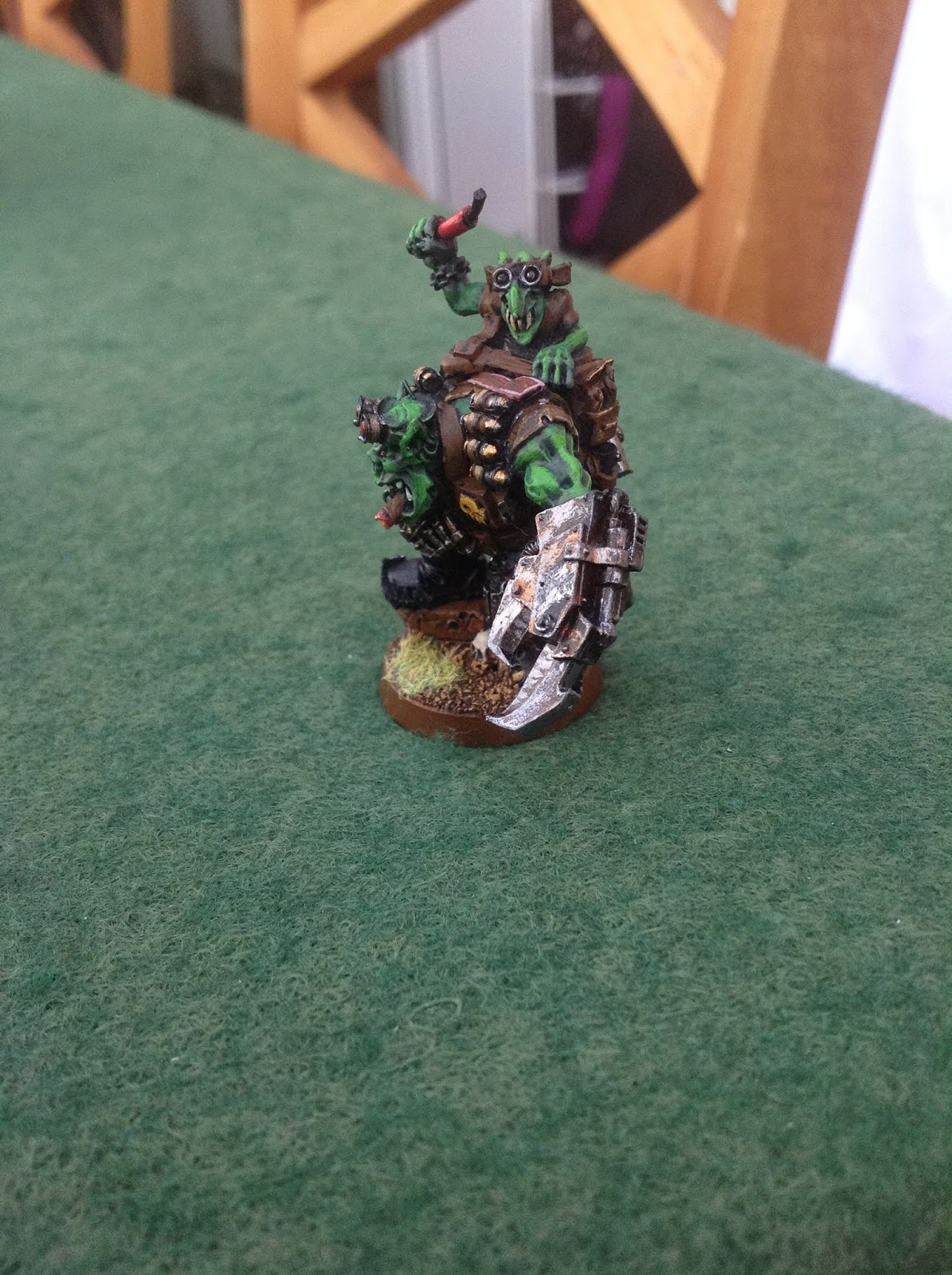 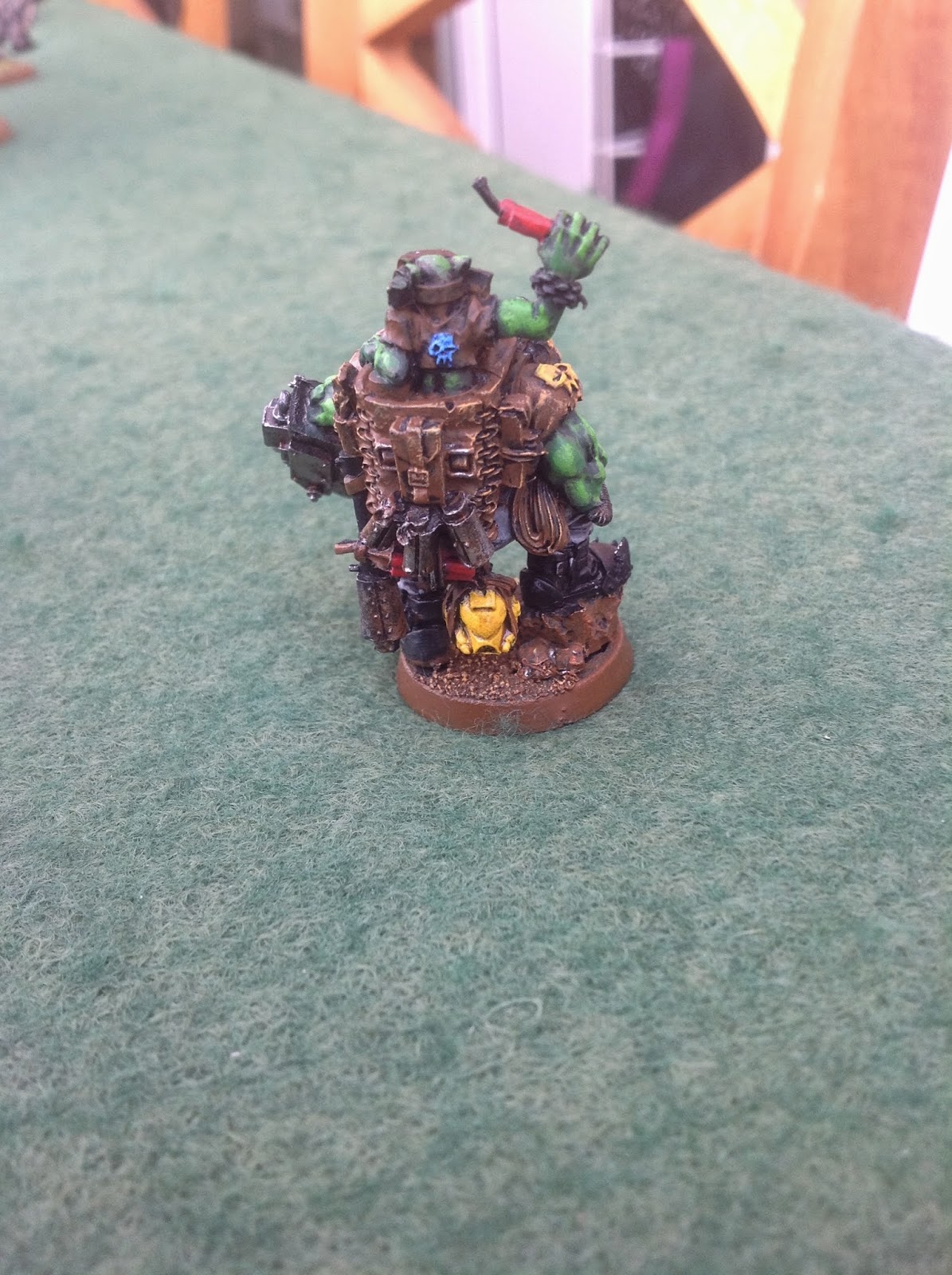 Its just that my guys insist on carrying trophies and that yellow is going to make it even harder to be successfully camouflaged!! He, he.
Posted by Bullcher Feb at 02:42 2 comments:

I have paid a visit to the garage and started to unpack some of my Orks. Always a pleasure, never a chore. The beauty is that you forget some of the wonderful models that are in storage, you find unfinished projects and it gets the juices flowing.

I wanted to dig out the walkers and have a look at them. They were a joy to assemble and are packed with blades and spikes and all kinds of Orky goodness. I also needed to make sure that the paint scheme for the new Gorkanaut was tying in to the overall theme. 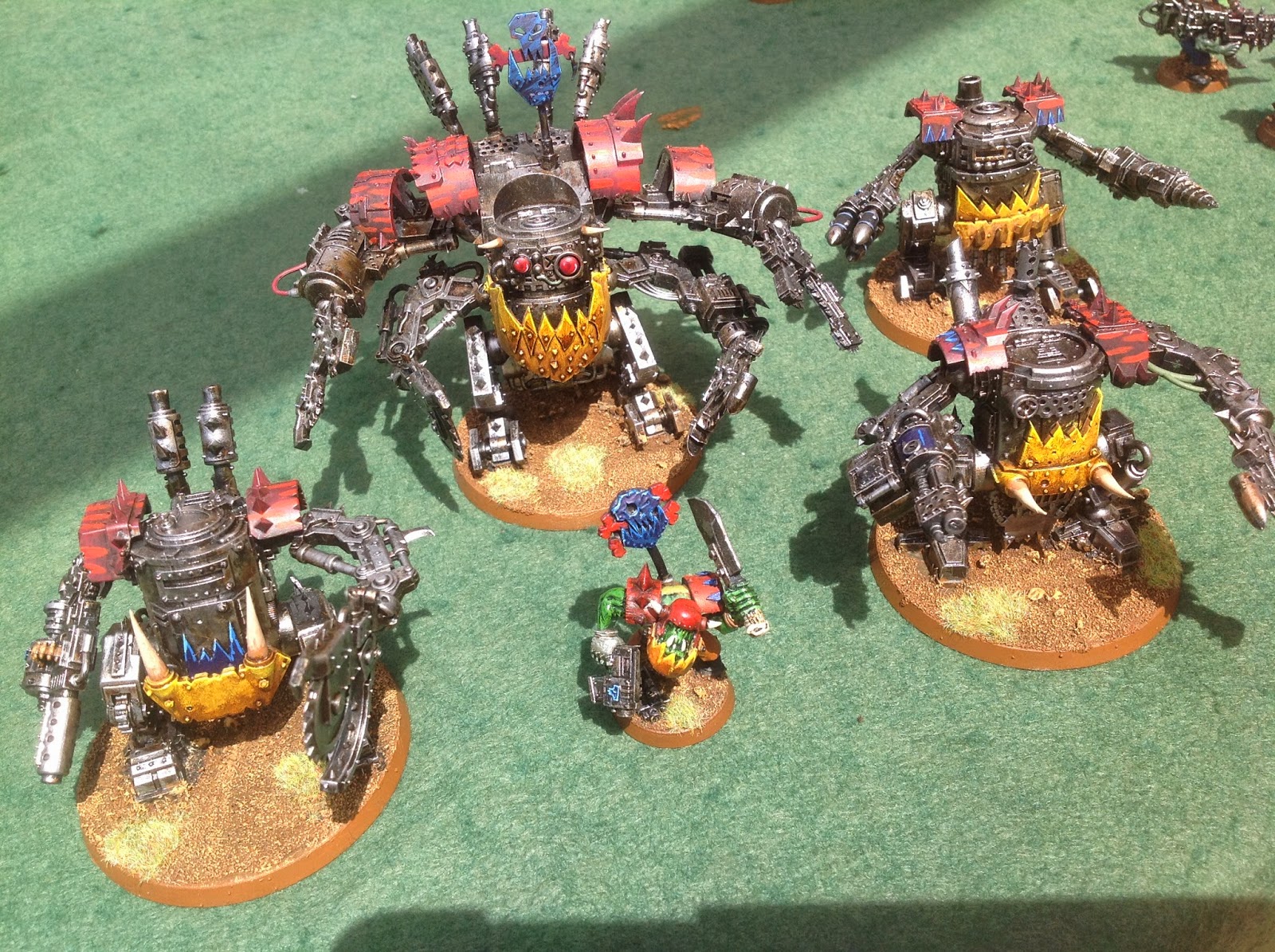 First out were the Killa Kans and Deff Dread. I spent quite a bit of time on them previously going with the Yellow jaw, red shoulder pads and then touches of blue. They were inspired by some fantastic painting in one of the old White Dwarf magazines. The first unit that I really spent time on was my 'Ard Boyz. The colour scheme started with them and has spread. It is loud, it is gaudy and that what makes it Ork'ish.

My Gorkanaut has been coming along nicely and was fitting in well. More red washes I think. 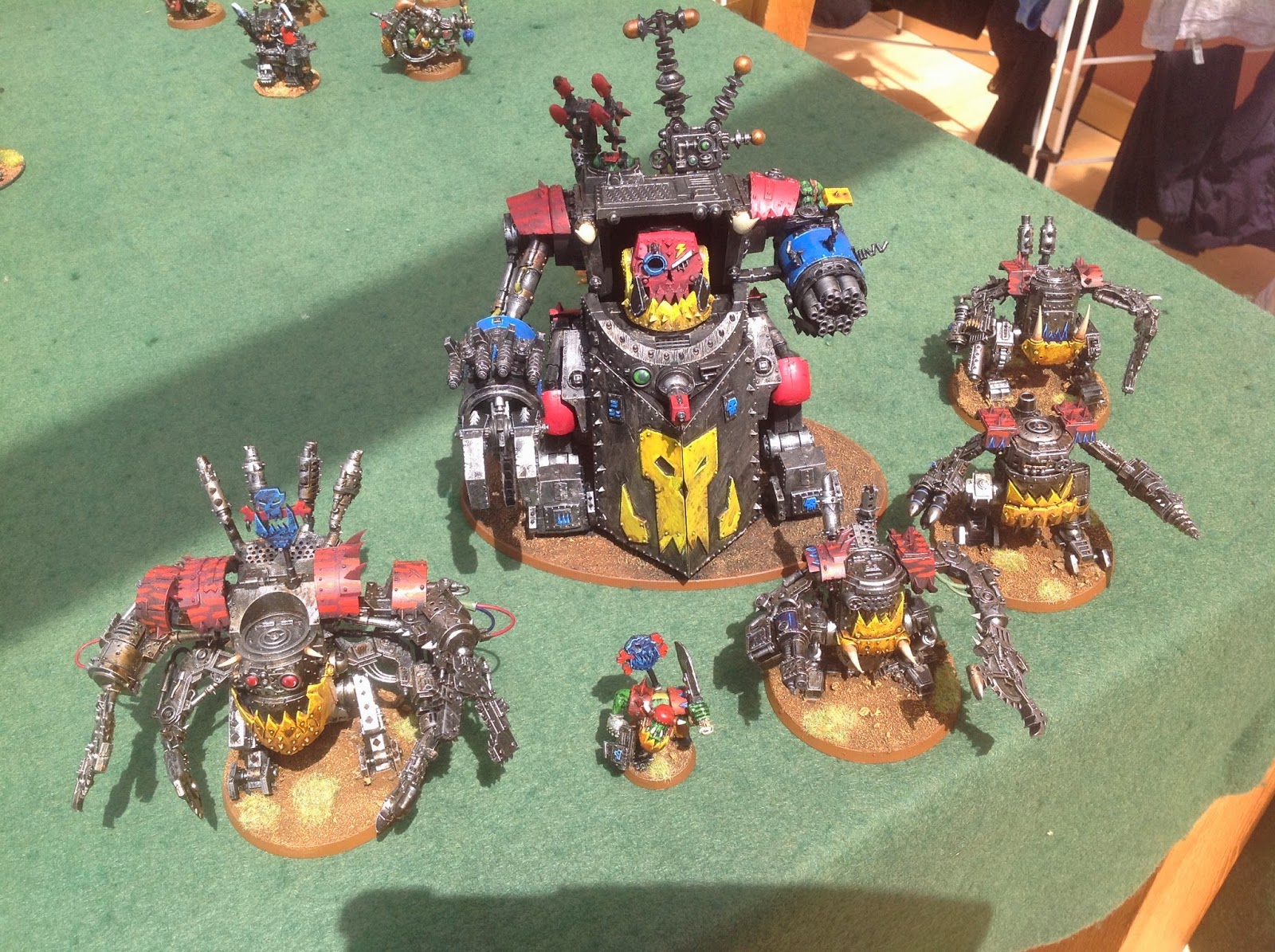 He has a bit more blue to him and I need to work on getting the yellow more 'dirty' and then add more defined horizontal stripes to the should pads but he is looking the part. 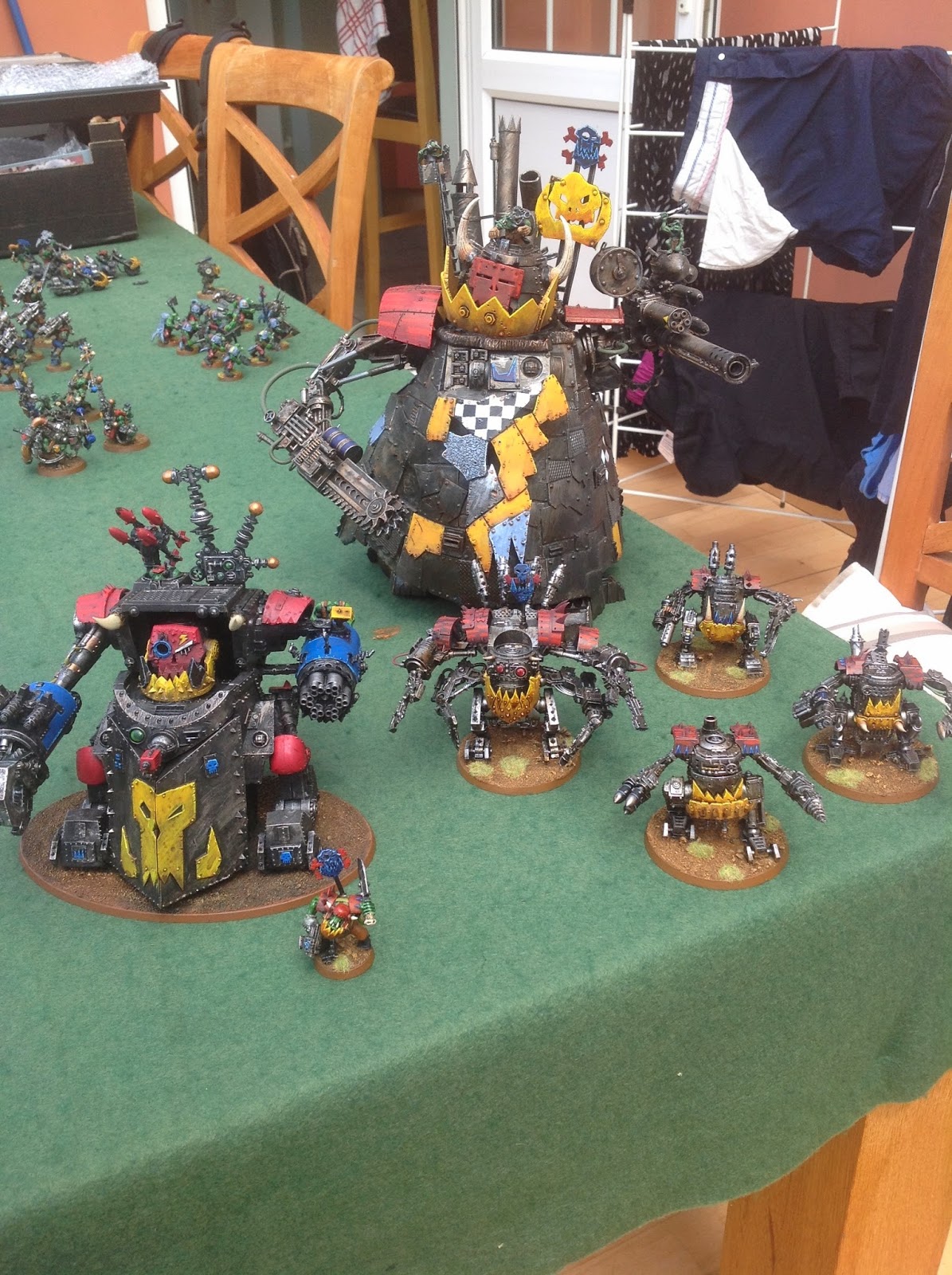 The Ork Stompa is still the biz though. I think I need to get some of the Goff black and white squares onto the Gorkanaut somewhere as well and maybe even a yellow panel or two.

They will look great on the battle field though. I have always been somewhat lucky with the walkers. My Deff Dread, 'Da Basha' to his friends has survived some 'hairy' situations and pulled off some amazing feats. This is his third incarnation. I still have the other two somewhere. I must see if I can drag them out and dust them down for old times sake. At the end of a battle it is good to have some bragging rights and 'Da Basha' has been the source of much 'Dark Templar' baiting over the years ;-) Long may this continue!!

I have had great fun assembling the new Gorkanaut. It is a great kit with lots to do and there are plenty of options to change the look of the beast. 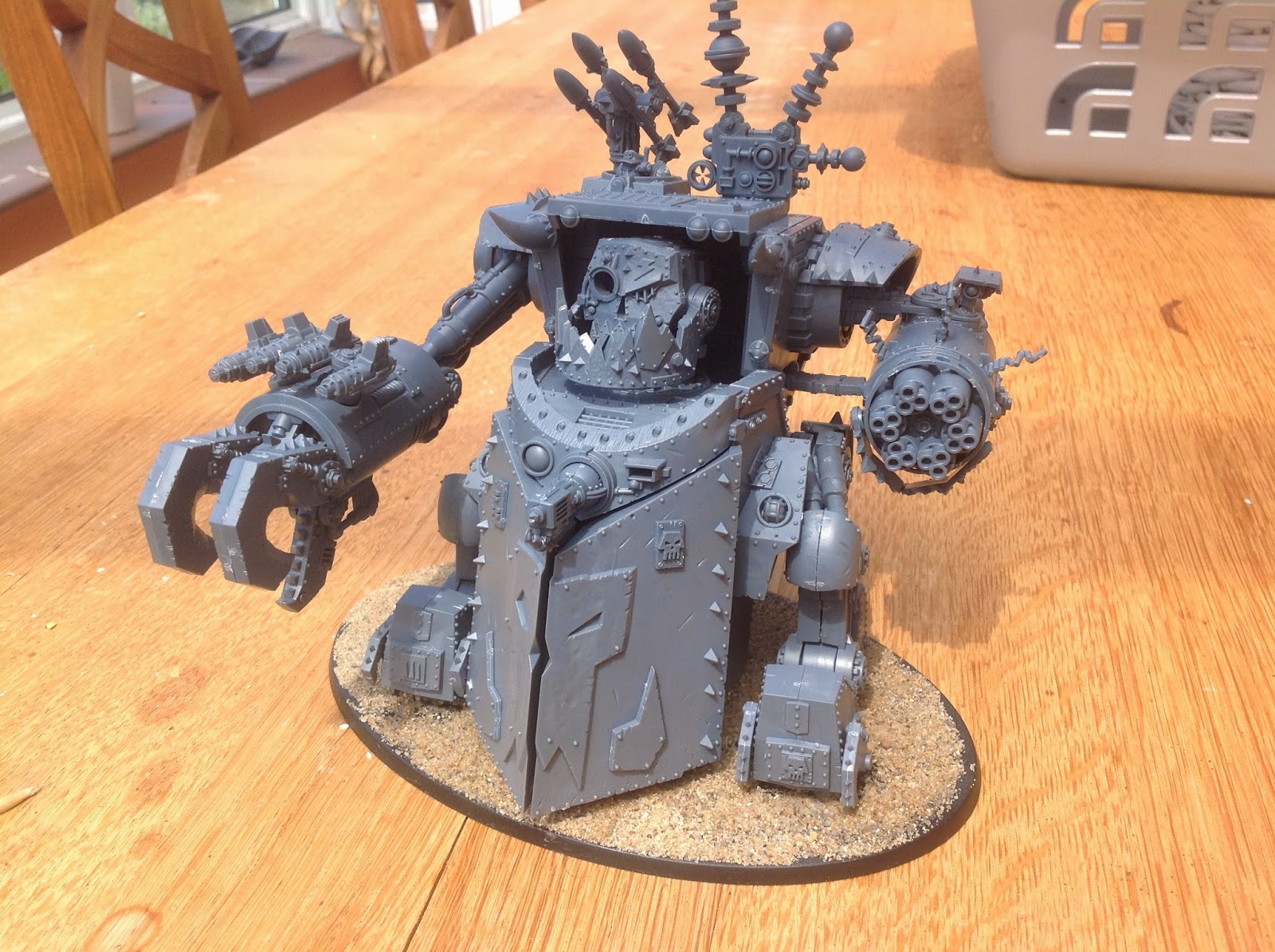 This is what I went for in the end. A big Klaw on the right hand side with shoot shootas and that amazing looking gun on the left. There is an ork sitting behind the gun which is a nice detail and there is Dakka running out of every orphus. 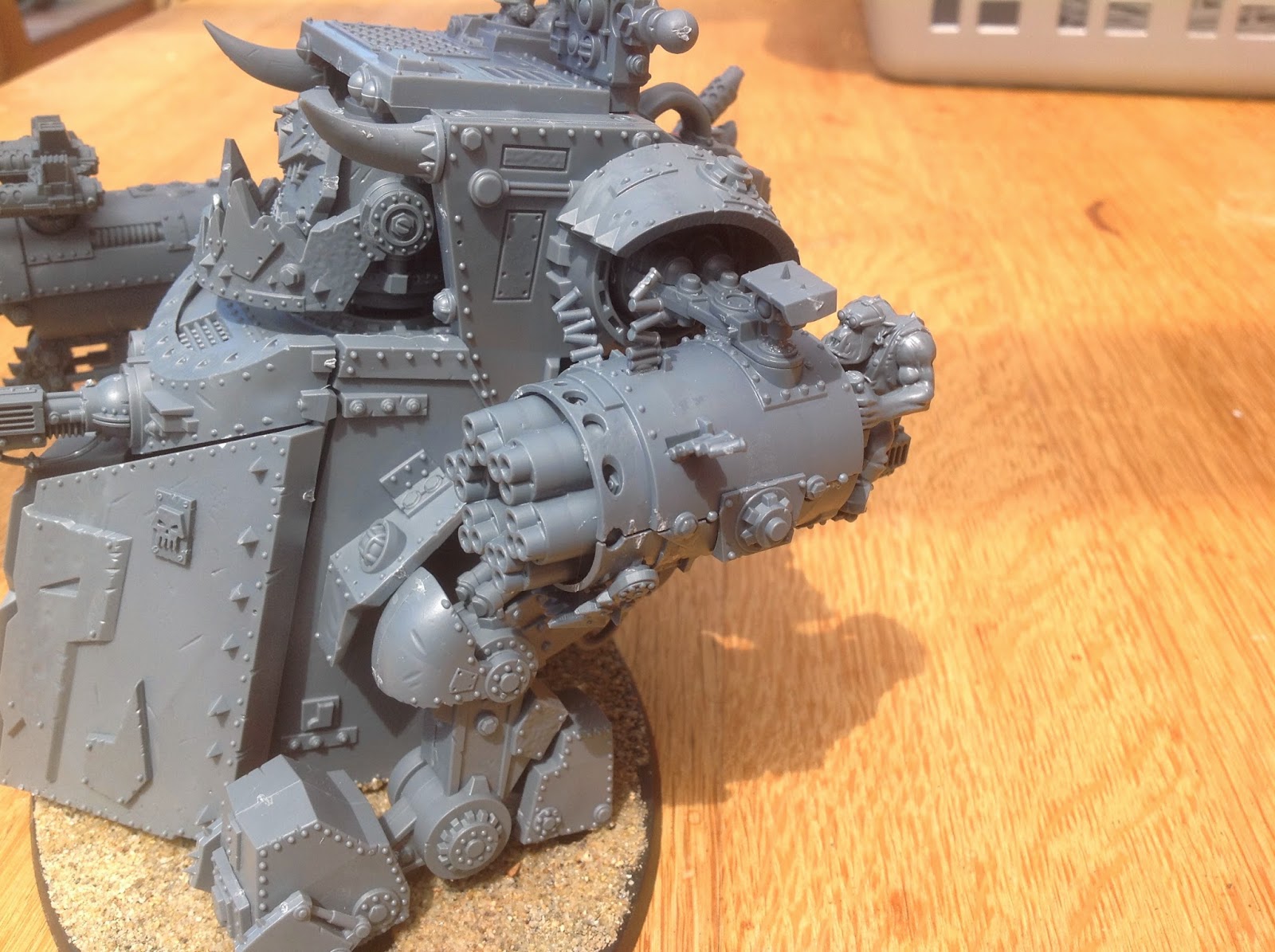 The Klaw is a great piece of work. It is suitably huge and looks really 'meaty'. I could easily see it ripping hunks out of enemy tanks and transports. 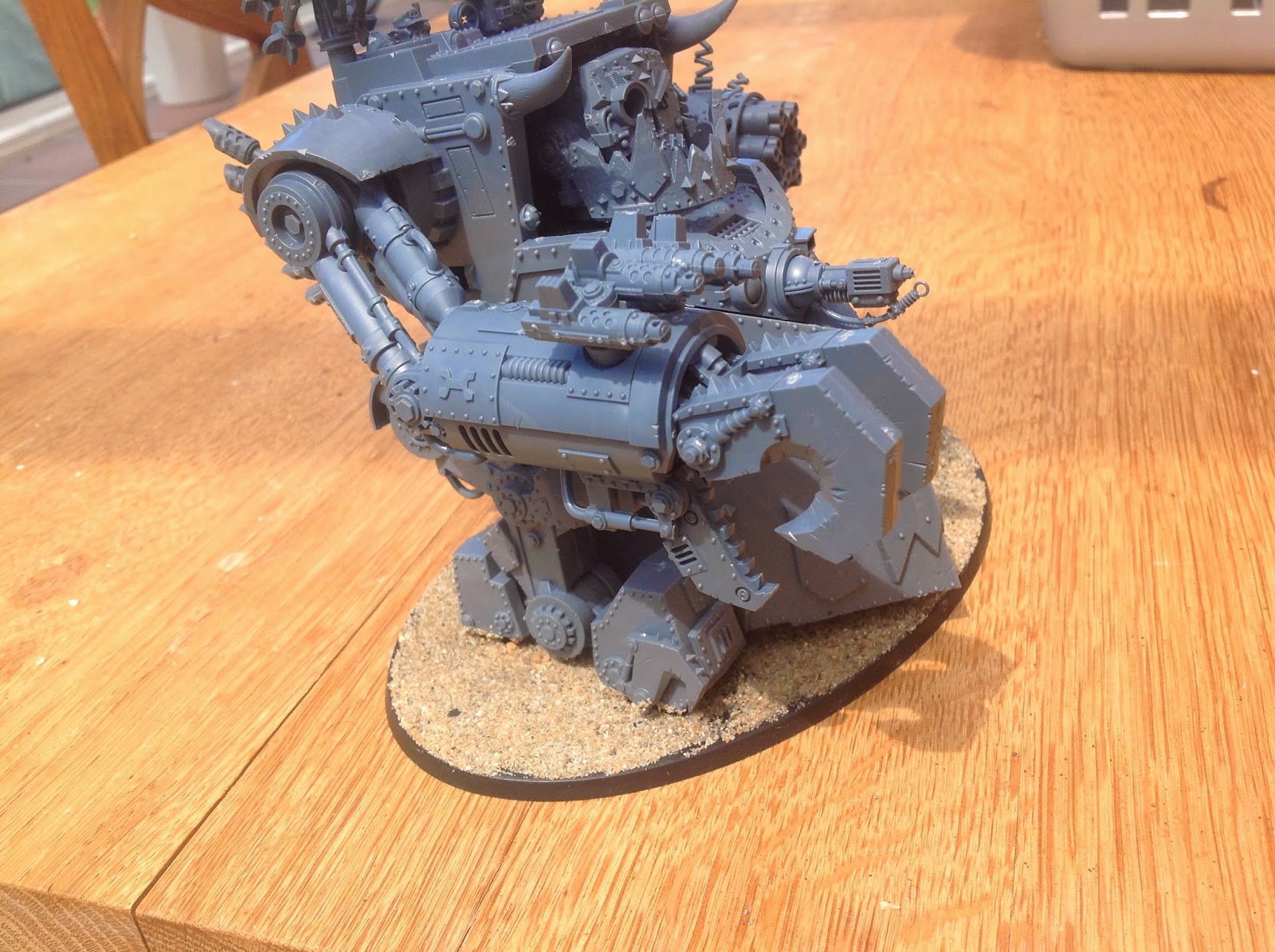 I spent a few days getting some paint on and I am really enjoying the level of detail. I have gone with my usual Red, Yellow & Blue so that it will tie in with the rest of the army. 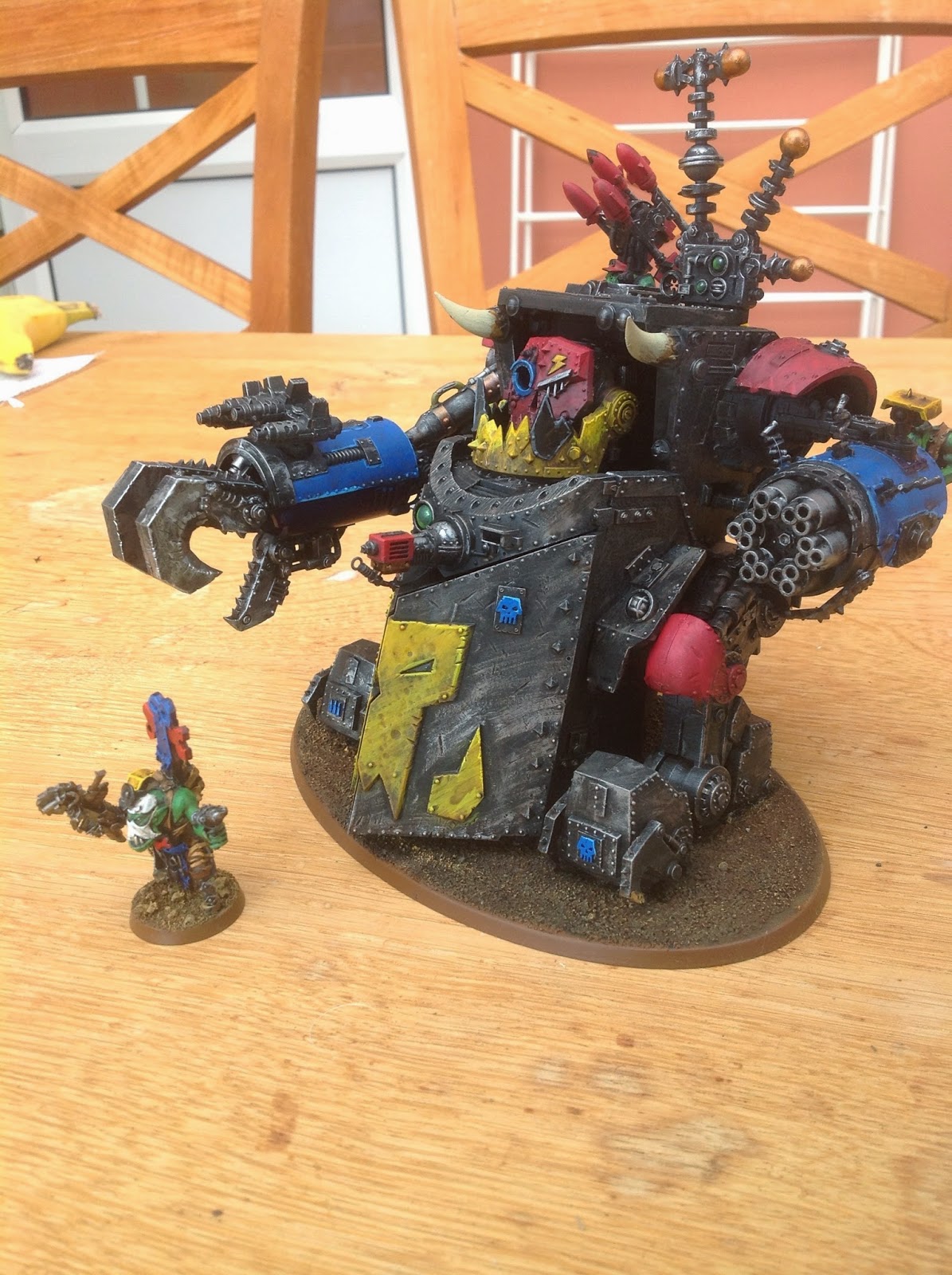 I went to town with the washes to really dirty the whole thing up and no doubt I will spend another few evening picking out detail here and there. I thought I would include a 'Painboy' in the picture to give a better idea of scale.

A monster addition, a fun build and a treat to paint.

It will be fun to get some of the other Ork pieces out of the garage and see them all together. I feel a Waaaagghh coming on.
Posted by Bullcher Feb at 09:24 2 comments:

Its Ork time! Bring on the Gorkanaut! 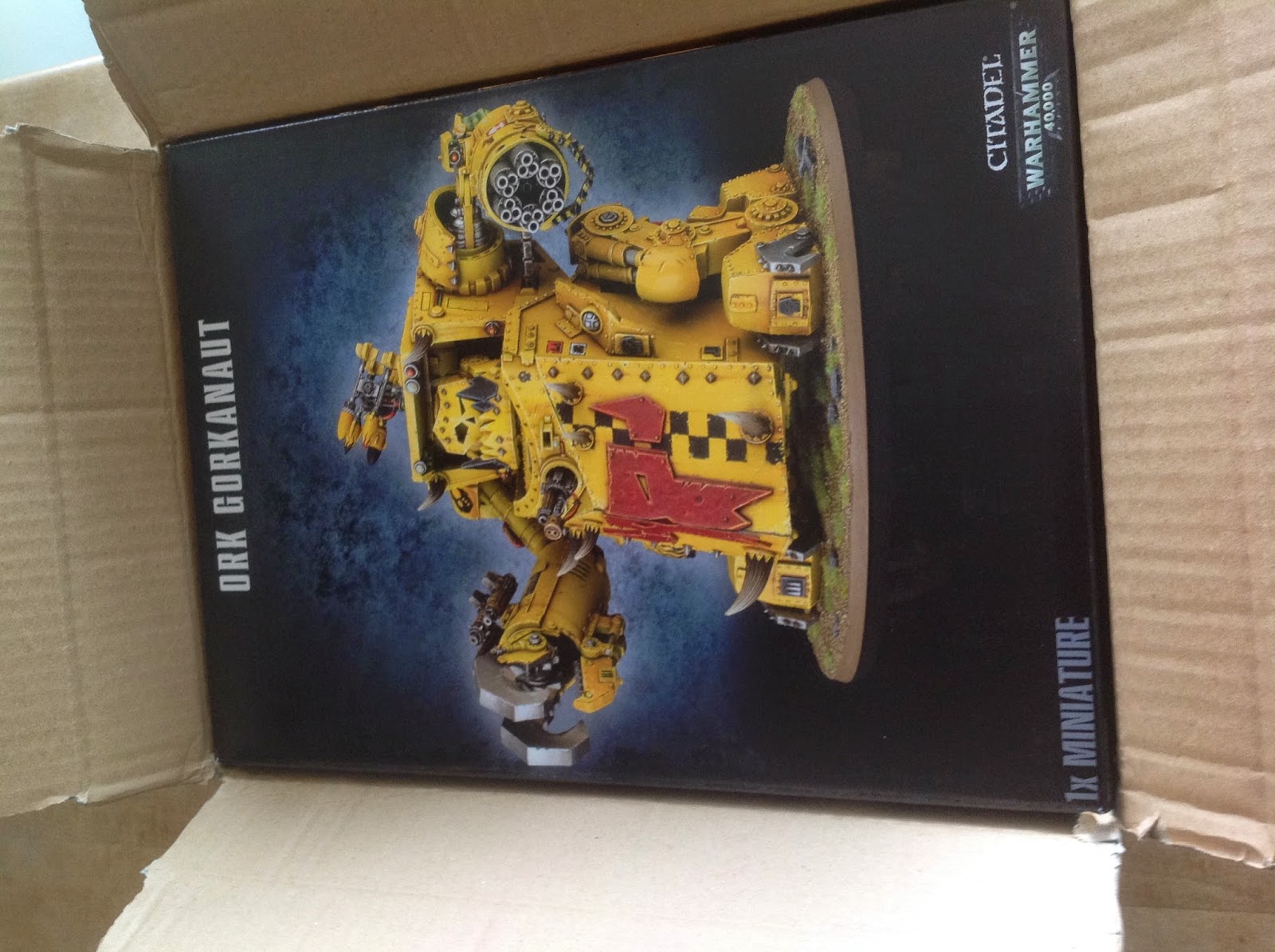 Yes indeed, it has arrived and the kit is really cool. Lots to do and great options. 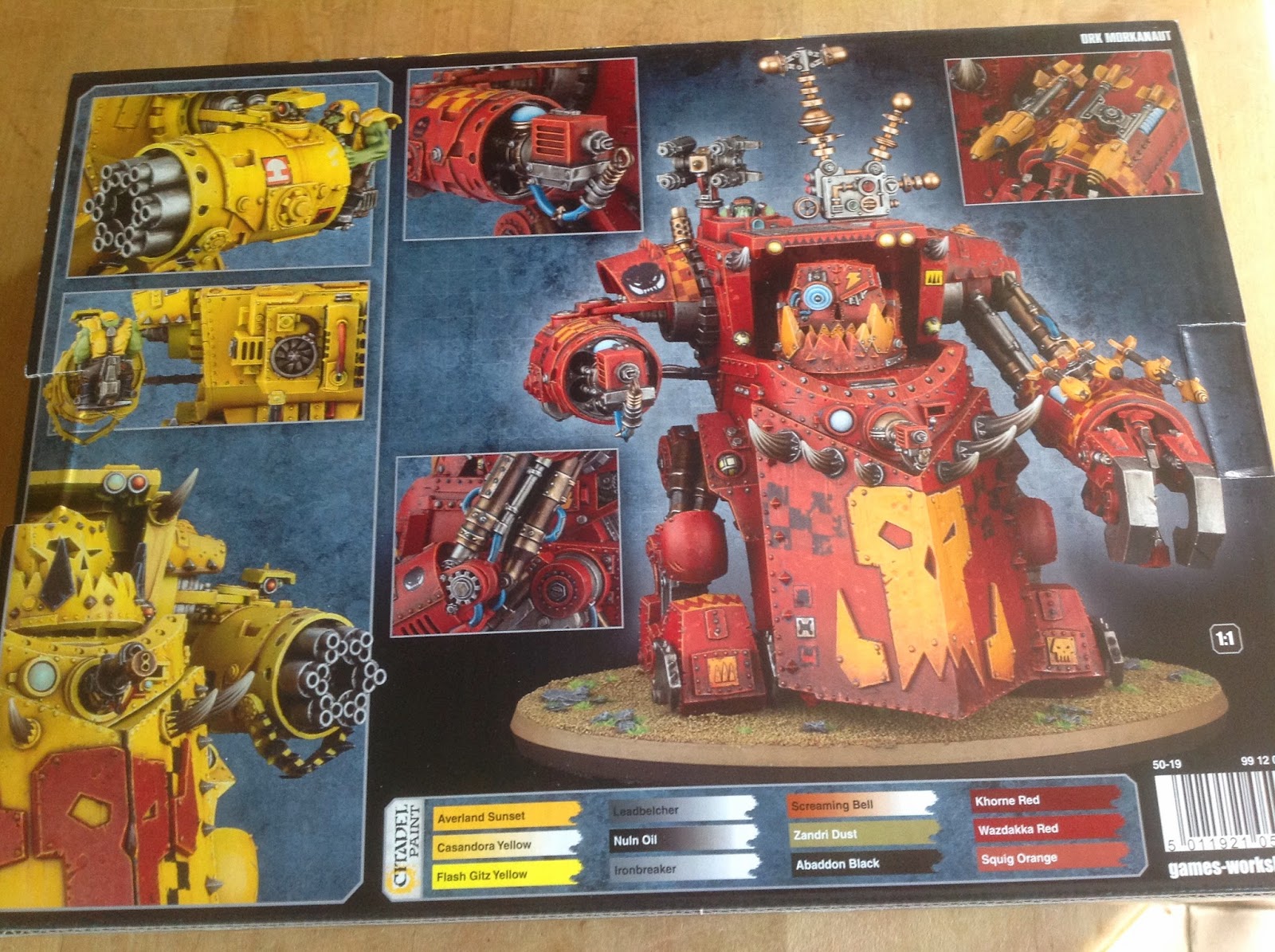 One will not be enough.
Posted by Bullcher Feb at 06:31 3 comments: